A 72-year-old man from Leicester has claimed the world record for the oldest person to row across the Atlantic solo, after nearly missing out on the accolade when he was blown off course six miles from shore.

Graham Walters had to call for assistance from the coastguard just off Antigua, his final destination, when strong winds blew him off path and his world record attempt hung in jeopardy.

It was Walters’ fifth journey across the Atlantic, and his third solo. After three months at sea, he said he was relieved to be back on dry land.

“It feels fantastic to have won two world records. It feels like recognition for all that hard work and ups and downs,” said Walters after a warm reception including a crowd of supporters and gifts.

“I’m disappointed that I ended up being towed right at the end but it was the right thing to do, especially now I know I have got my world record,” he said. “As I was at such a critical point, I had to face the fact that if I didn’t take up the offer of assistance then I would miss Antigua.”

He made the journey in the George Geary, a 22-year-old rowboat named after his late grandfather, a cricketer, which he plans to leave at a museum on the island. His efforts have raised more than £2,500 for Help for Heroes.

Walters now faces a lengthy wait before he can get a flight back to the UK amid the coronavirus pandemic, and he is still trying to get his head around how much the world has changed since he set off on his voyage in January.

“It’s like I have been in a bubble and have now woken up in an alternative universe,” he said. “In Antigua there are coronavirus restrictions, like I’m having to wear a mask, but that’s not really a problem. And of course, no one could give me a hug or a pat on the back when I arrived.”

He said it was the end of his rows across the Atlantic. “I am sad in a way that it was the last one,” he said. “But there has to be a last one of everything, and it’s a good leaving point for me and the boat.” 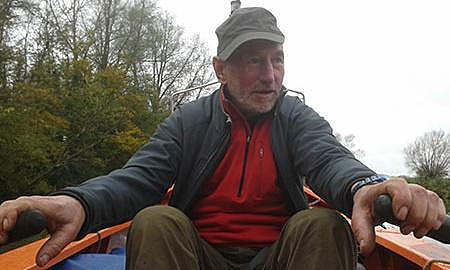 The Guardian - UK
One subscription that gives you access to news from hundreds of sites
Pensioner, 72, finishes three-month row across Atlantic Ocean after a bit of help

Graham Walters may be 72 but the retired carpenter, from Thurmaston, Leicestershire, was desperate to row solo across the Atlantic…

Friday: Parents encouraged to dob in daycare centres they suspect of profiteering from Covid-19. Plus, older Australians embrace technology in…