Bristol's pleasant late spring sunshine and dry weather is about to break - and then some - with seven hours of heavy rain forecast from first thing tomorrow, Wednesday, May 11.

The forecast from the Met Office is for a weather front bringing long, persistent rain to begin to sweep across the city from around 5am.

Read more: Dog walker 'punched and kicked' after asking for another dog to be put on a lead

And then, that forecast only gets worse from then on in. By 8am, the Met Office say the chance of heavy rain will be 90 per cent - pretty much the most nailed on prediction for rain the Met Office forecasters ever give - and it will continue like that until 1pm on Wednesday lunchtime.

While the rain will give some relief to everyone's gardens and planters, it won't be great if you went to bed on a pleasant Tuesday evening with the washing left out on the line.

Aside from the rain, it'll also be pretty breezy too - the worst of the wind will be at around 11am when the Met Office is forecasting gusts up to 30mph in Bristol, and stronger on exposed places like the coast at Portishead or the Dundry Slopes.

It'll be cold as well as wet and windy. Temperatures during the deluge will struggle up to 13 or 14 deg C, but feel like 11 dec C in the wind.

There is relief from the rain on the horizon, though. The Met Office forecast is for the last shower to fizzle out as the front blows through at around 2pm on Wednesday, and by 4pm we might start seeing a bit of sunshine.

And that might be the last rain we'll see for a while. The longer-range forecast for the rest of the week and into the weekend is for things to stay dry and get a bit warmer by Sunday.

Talk of a heatwave - prompted by a BBC forecast earlier this week which said Bristol would 'hotter than Sicily' this weekend, have been played down and revised a bit by the Met Office. The forecast from them for this weekend now has temperatures peaking at a pleasantly warm, but not exactly scorching 21 C.

This Evening and Tonight:

A fine evening to come with some sunshine in places. Dry at first overnight but turning increasingly cloudy with patchy rain arriving in Devon and Cornwall. Rain edging eastwards later in the night and turning heavy in the Bristol Channel. Minimum temperature 10 °C.

Rain will edge eastwards across the region during the morning. Drier and brighter conditions following for the afternoon, allowing some late spells of sunshine. Feeling cooler than of late. Maximum temperature 17 °C.

Outlook for Thursday to Saturday:

Generally dry on Thursday and Friday with a mixture of cloud and warm sunny spells. Staying dry and settled into the weekend and becoming warmer with increasing amounts of sunshine. 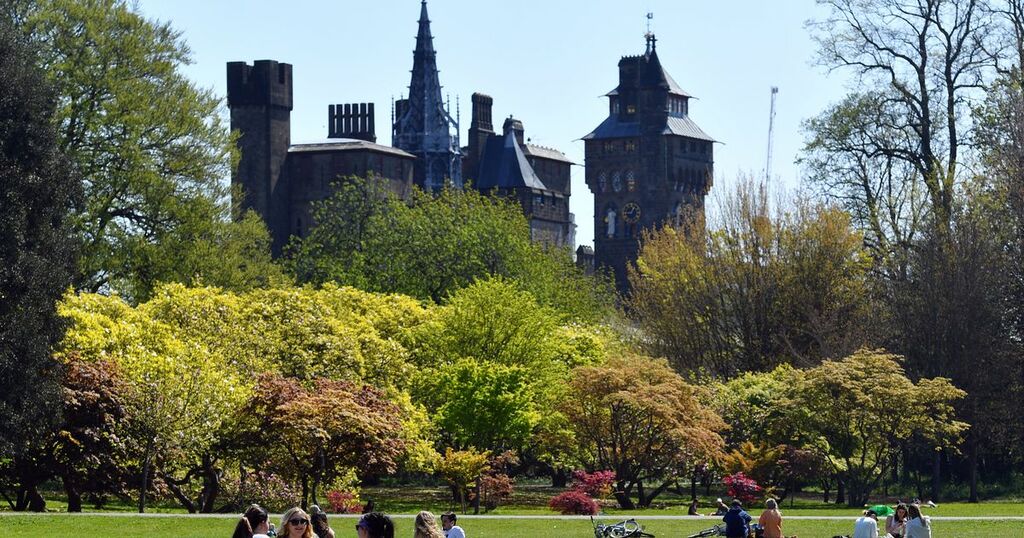 It is going to be a mixed week, but there are signs of better weather next weekend