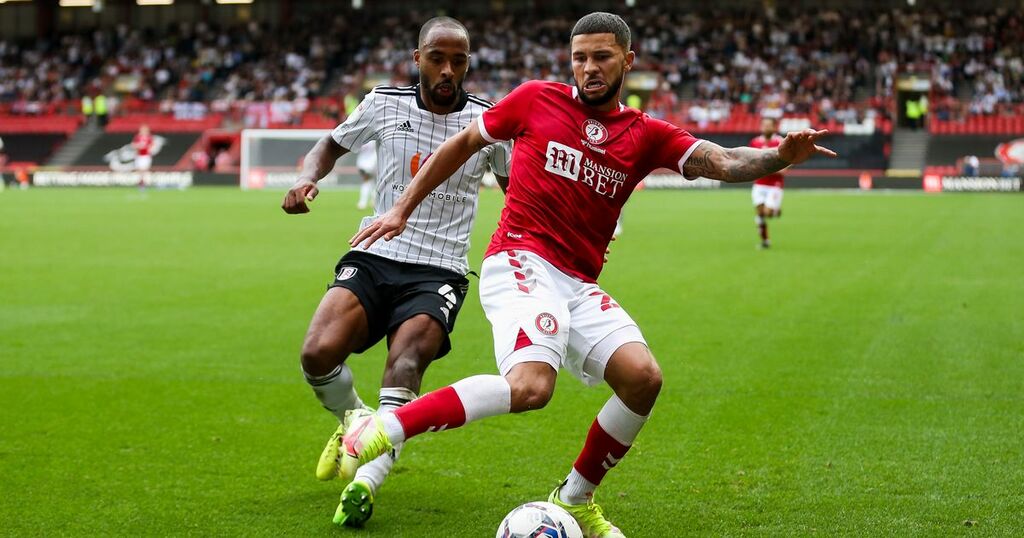 Nigel Pearson has been open and honest that today’s FA Cup tie against Fulham lacks the same level of importance as the league, but by now, in 2022, even the most dedicated of romantics shouldn’t be particularly shocked by that declaration.

Bristol City want to progress but, equally, Pearson has a squad to manage and this game is something of a free hit for the Robins against one of the Championship’s best sides.

That being said, Pearson doesn’t exactly have a lot of options to play with as he elected to navigate the season with a smaller squad and is without the services of right-back George Tanner, defender Nathan Baker and midfielder Joe Williams through injury while Ryley Towler is cup tied having played in the first round round for Grimsby Town.

So while the manager may want to rotate and/or experiment, there’s not a huge amount of room to manoeuvre, he has said there will only be a few changes to the starting XI which took to the field against Millwall on January 2.

One very easy swap that could be made is to reinstate captain Dan Bentley for Max O’Leary, with the latter having started City’s last two games.

However, having brought O’Leary into the team it would seem detrimental to his own progress as a starter and consistency - which Pearson constantly desires - to instantly take him out of action after two games.

If the 24-year-old is now considered first choice ahead of Bentley then he probably needs to remain in that position to ensure everyone knows where they stand.

In defence, given Baker and Towler’s unavailability and the fact that Tanner’s injury means Zak Vyner is the only likely right-back option, as Danny Simpson hasn’t featured since October, Pearson doesn’t appear to have the numbers to field a back three unless Cam Pring starts in the centre.

The 23-year-old, who signed a contract extension this week, has played there twice - but not from the start of a match - and does then mean Vyner can play as wing-back.

This is also on the assumption that Rob Atkinson comes back into the team to try and play his way back into form, reforming his partnership with Tomas Kalas.

If Pring plays in the middle, that then surely opens up a spot for Jay Dasilva on the left as Callum O’Dowda’s injury issues of the past 12 months mean it’s a game where he can rest his groin and hamstrings.

Alternatively, it could be a straight back four with Pring and Vyner full-backs and Kalas and Atkinson in the middle.

But Pearson’s options in midfield also influence how he sets his defence up because Matty James will almost certainly sit this one out, meaning Andy King should come back into the side and you’d imagine, if Bentley doesn’t play, will be given the armband.

That will be a sense of enormous pride for the City fan but he has some making up to do after his silly dismissal in the 2-1 defeat to QPR.

City’s other central midfield options are Han-Noah Massengo, who also should start after his eye-catching second half against Millwall, Tyreeq Bakinson and then Alex Scott, Ayman Benarous and Kasey Palmer in more advanced positions.

To address the various implications of that: Bakinson probably misses out because it’s too defensive to have him, Massengo and King, Pearson may well feel Scott can be taken out for a game given how much football he’s played this season since October, leaving creative players Benarous and Palmer.

The former did start against Millwall in a central role and was promptly taken off at half-time after failing to influence much, indicating that his best role for City, given he’s only 18, could be as a left midfielder.

Palmer is the eternal enigma and almost certainly will be in the matchday squad but having not played any competitive football since October, is he ready to start a game against a Championship side?

We’ve mentioned O’Dowda perhaps being taken out for 90 minutes, but perhaps it’s time Sunday’s hat-trick hero was also given a breather (if that seems at all possible). Andi Weimann has started all 25 of City’s Championship fixtures and, bar an injury time substitution at Cardiff, has been on the field throughout.

Perhaps the only thing stopping him being given the afternoon off, or on the bench is the fact that there are no obvious candidates to play right midfield should Pearson want a 4-1-4-1, as the Austrian started the win over Millwall.

Antoine Semenyo has powered his way into a starting spot and impressive performances over December would normally see the 22-year-old keep his place but, if anything, the final third is the area of the field in which Pearson can change things, without considerably altering the make-up of his team.

In that context, it would be a surprise not to see Nahki Wells start, possibly in place of Semenyo.

The Bermudian has played piecemeal minutes over the last two months - just 91 in eight matches - and his position in the squad does look a little uncertain given his status, both in terms of reputation and salary.

But he performed well against Fulham in September and in the absence of Weimann and Semenyo, his presence would give the Robins pace in the final third.

The question is, does Wells play up front on his own or is he paired with another striker? If we’re assuming it’s a 3-5-2, then Chris Martin looks the likely candidate to form a front two having made an impression off the bench against Millwall.

Young forwards Tommy Conway and Sam Bell could be surprise picks, with the latter returning from loan at Grimsby, but the expectation is they’ll fill bench spots.