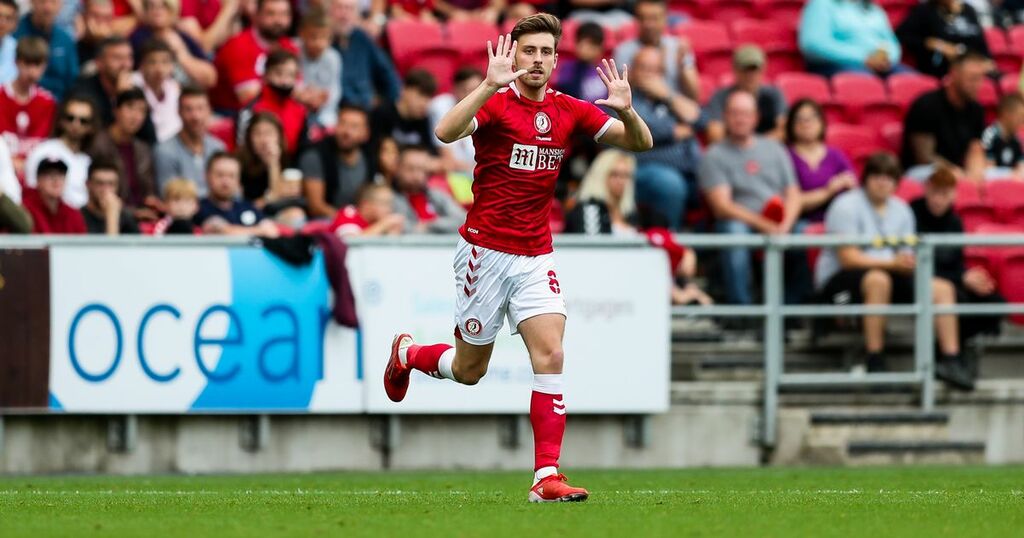 There will be a level of intrigue surrounding Nigel Pearson’s team selection today beyond the supposed strength and suitability of his starting XI in trying to beat Blackburn Rovers at Ashton Gate.

Pearson’s robust words on Thursday that he’ll get rid of any players no longer “onside” with his methods and demands naturally means that any “names” left out of the matchday squad will instantaneously be branded as against the manager.

It may, of course, not be as straightforward as that because as Pearson operates within a small squad, there are positional needs that probably need filling ahead of his personal desires for complete conformism.

The identity of those no longer in the manager’s long-term plans probably won’t fully come to light (or at least be categorically confirmed) until they’ve actually left the club, whether that be in January or the summer, but even just in focusing on today’s opponents, the team and the intended formation is open for debate.

How much does he change from the defeat at Coventry City? And how much can he change given the injury absences of Matty James, Andy King and George Tanner?

Here’s how we think the Robins will line up once the teams are confirmed at 2pm, with the need for three points paramount after five defeats in their last six Championship fixtures …

We’ll get Dan Bentley out of the way because the captain is a shoo-in to continue in goal in a game where he’ll hope not to be as busy as he’s been in recent weeks.

Starting from right to left (and we’ll talk about systems in a minute), right-back is the first area of debate with Tanner ruled out for two or three weeks with a minor hamstring problem.

The 22-year-old has started 10 of a possible 12 Championship fixtures since he’s signed for the club and has developed into Pearson’s first choice defender on that side of the field, whether as an orthodox full-back or wing-back.

The two candidates to replace him are Danny Simpson and Zak Vyner and it really is a tough one to call.

Simpson’s last competitive action was against West Brom on October 23, when he tamely rolled a backpass into the path of Karlan Grant, and since then he’s been a permanent fixture in the matchday squad without being involved.

Vyner has played as a centre-back in the last two fixtures, albeit he may have lost his place at Coventry had Atkinson been fit. Assessing the 24-year-old’s contribution in those games is a tricky one because to the naked eye, and perhaps those who have consumed only the highlights, he shouldn’t be near the team due to his mistakes in both games that led to goals.

But, as daft as it may sound, outside of those errors he actually played reasonably well; it’s just down to Pearson as to whether he feels those aberrations require punishment, as such, by taking him out of the XI or there was enough across the 180 minutes to plug him in at right-back where he doesn’t possess the same attacking attributes as Tanner but is a greater physical presence against a Blackburn team who do put it about.

Inside Vyner or Simpson, Tomas Kalas has been passed fit and he should be joined by Rob Atkinson who has trained this week after overcoming his calf issue.

They make a common-sense pairing - probably City’s strongest - but the return to fitness of Nathan Baker following concussion complicates the situation as it allows the potential for Pearson to field three centre-backs.

He’s repeatedly said it’s a formation and system he doesn’t like but has still started it sporadically since September and may feel a Kalas-Atkinson-Baker axis gives them a sense of stability.

There may also be a spot for Baker at left-back, if Pearson wants a flat four, depending on his plans for Cam Pring who started there at Coventry but curiously played for the Under-23s in midweek.

Jay Dasilva is the other left-back option but his form has nosedived considerably and he has to force his way back into the team from the bench (at best) at the moment.

No James or King so Pearson could stick with the central midfield pairing of Han-Noah Massengo and Tyreeq Bakinson however he did acknowledge their lack of experience did contribute to the lack of control and subsequent defeat at Coventry.

That’s coupled with him, almost excitedly, promoting Joe Williams availability once more and the 24-year-old will almost certainly start, especially as he came through a behind-closed-doors Under-23 fixture last week.

That then leads us to discuss midfield systems, which could also be linked to how Pearson lines up in defence. If he starts three centre-backs, it’ll be three central midfielders, and so on.

Based on the presumption that Pearson will favour a four-man defence, as the Robins are at home against a counter-attacking team (Blackburn possess the lowest average possession in the league, admittedly with City 22nd), some sense of initiative on the ball will need to be taken. The manager has previously hinted that a 3-5-2 is a little too defensive sometimes.

In that context then will Williams be joined by Massengo or Bakinson? He did admit on Thursday that Massengo is one of several who hasn’t quite been on their game of late; was that a hint the Frenchman may come out of the starting XI?

Bakinson provides clever passing, but lacks the raw energy and electricity of Massengo, but Pearson now has that in the form of Williams and he may feel one of those types of players is enough, especially as City should be in possession more than they are out of it against Mowbray’s Blackburn.

The need to create more chances at home, another confession in his press conference, could allow a central playmaker to operate ahead of them and Alex Scott could well keep his place as a No10, although he did play significant minutes for England Under-19s over the international break which could impact his chances of starting.

The other options in that area are Ayman Benarous and Kasey Palmer but it would be a stretch to see the teenager start, while the latter has played precious few first-team minutes for almost two months now and is another who lined up for the Under-23s in midweek against Torquay United.

Out wide, lock in Andi Weimann down the right, or potentially moving into a central role should wing-backs be preferred, while over on the left it’s a straight fight between Callum O’Dowda and Pring.

The former is the more obvious attacking option, the latter gives greater defensive security but that could count against Pring in a game where you feel City need to win, or at least been seen trying to claim three points rather than lean on pragmatism.

O’Dowda was influential in the final third against Coventry and just gets the team playing further up the field which they frustratingly struggle to do so often.

Based on Weimann being categorised as a winger/midfielder and if Pearson wants a central playmaker, that leaves one attacking position that will surely be claimed by Chris Martin.

Should Scott not be picked in a starting berth, that opens up the possibility of Nahki Wells or even Antoine Semenyo joining the 33-year-old.

The concept of playing all three frontline strikers produced mixed results and Wells lost his place for the loss at the Coventry Building Society Arena, emerging for the last nine minutes when everything went wrong for City.

That cameo probably wasn’t enough for him to force his way back into the team and for all his qualities, the make-up of the manager’s midfield is likely to cause him to miss out.

The wildcard selection, however, is Semenyo with Pearson saying he’s looked great in training this week and there is a feeling that the 21-year-old’s qualities give this team something that they simply don’t have - unpredictability.

But even though he’s trained across the international break, having not started since April 17 due to knee surgery and then slight complications resulting from the operation, which delayed his anticipated return, placing him straight into the team may be something of a gamble.

It makes more sense to envisage Semenyo being primed for Stoke City on Tuesday or maybe Sheffield United next Sunday.

Elsewhere in this department, Sam Bell, the fit-again Tommy Conway and Saikou Janneh are probably all battling for one spot on the bench.