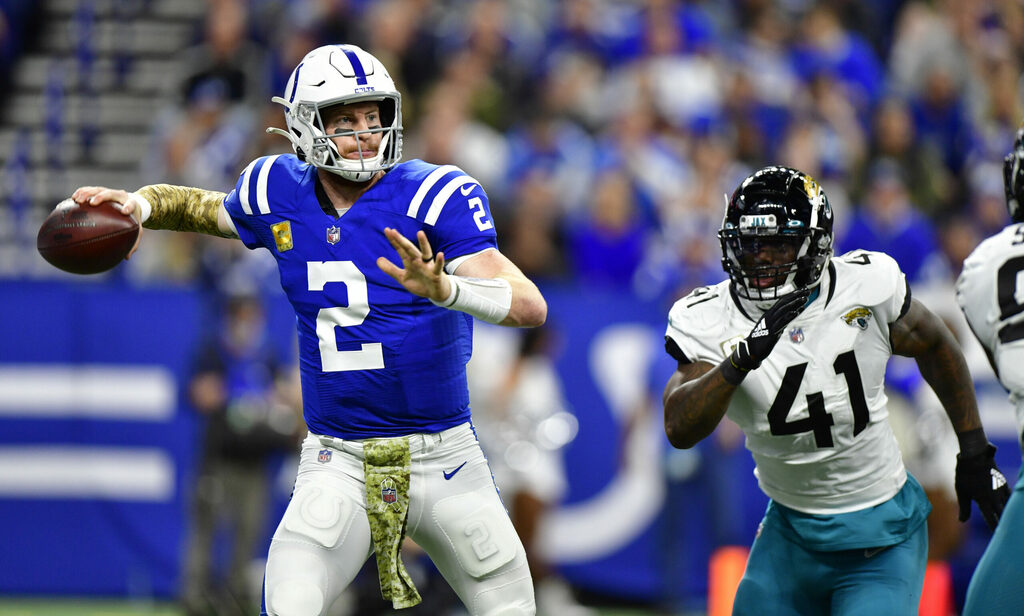 Just looking at the numbers from Sunday’s 23-17 loss to the Indianapolis Colts, it looks like Josh Allen had a bit of a pedestrian performance after notching the best game of his career against the Buffalo Bills. Though he was credited with three quarterback hits, he only had two tackles and didn’t manage to get a sack.

But the numbers don’t tell the whole story about how disruptive Allen was in this one, especially in the first half. In his film breakdown of his play during that period, NFL analyst Brian Baldinger said that Allen’s first half was “as good a half as any defensive end/outside linebacker in the NFL in Week 11 (note: It was actually Week 10).”

Watching the film breakdown, it’s hard to argue that point.

.@Jaguars @JoshAllen41_ had a helluva first half getting to the @colts QB. He is becoming a real force and the defense is playing fast and having some fun. Lots to like about this team in #Duval. #BaldysBreakdowns pic.twitter.com/2p1VKBLTyJ

Baldinger also said that, in spite of Jonathan Taylor’s big game on the ground, the Jags’ defense outplayed the Colts’ offense. For a unit that began the year looking like one of the worst in the NFL, it’s playing much better in recent weeks and has held the opposing quarterback under 200 yards passing in two of the last three games.

While the offense, led by a rookie passer in Trevor Lawrence, has lagged behind a bit, the defense is making very real strides. Allen is a major reason for that, and he could be set up to have a monster second half of the season. If that happens, his sophomore slump in 2020 will feel like a distant memory.