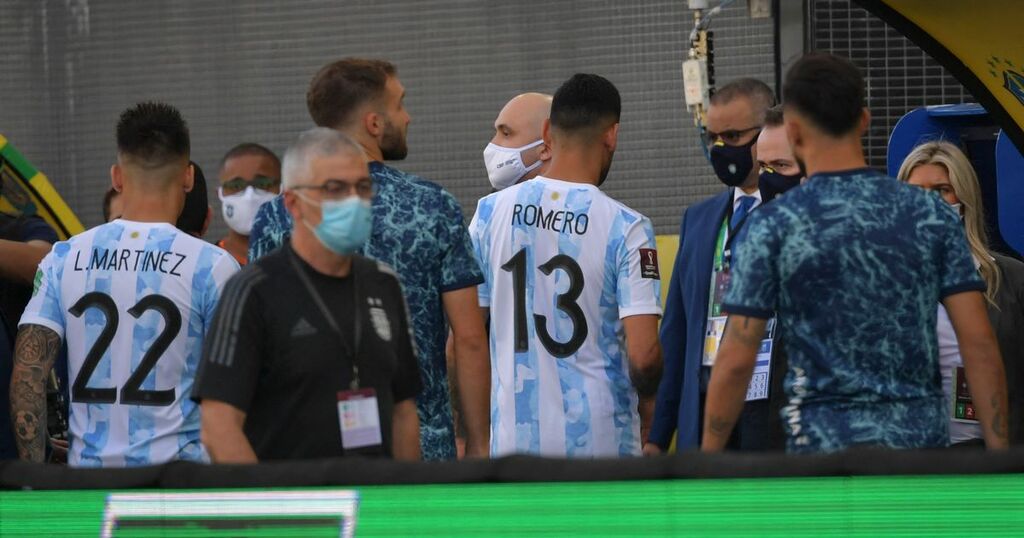 Tottenham manager Nuno Espirito Santo has confirmed that the trio of Cristian Romero, Giovani Lo Celso and Davinson Sanchez will make it back in time just before the London derby against Chelsea on September 19.

The duo of Argentine players alongside Aston Villa's Emiliano Martinez and Emi Buendia went against their respective club's wishes and traveled to South America during the international break to represent Argentina.

This resulted in bizarre scenes of health officials storming the pitch and getting the game abandoned.

FIFA were one of the first organisations to have had their say on what went down on Monday in Sao Paulo.

A statement released on Tuesday afternoon read: “Following the analysis of the official match reports related to the FIFA World Cup qualifier between Brazil and Argentina, FIFA can confirm that disciplinary proceedings have been opened involving both member nations.

“The two teams were asked to provide further information on the facts that led to the suspension of the match, which will be gathered and then thoroughly reviewed by FIFA’s Disciplinary Committee. Updates will follow in due course.”

football.london understands that the pair will be facing fines from Tottenham and manager Espirito Santo now has revealed when they will be back in action for the north Londoners.

"They will arrive the day before the match against Chelsea so they will not be available for the Conference League game," the Portuguese told the media in the Crystal Palace pre-match press conference on Friday.

"[The Premier League clubs coming together to stop players going]. I think they did it before but FIFA is the governing body of football so we expect answers from FIFA that can tell us what we should do, because it's not only us, it's all the clubs in the Premier League.

"Like I said before it happens with South American players but suddenly it could happen with European players so imagine that our England internationals cannot join the England team because they would go to a red list country. Big problem."

This update will not be of huge significance to the short-term of the team with neither Romero or Lo Celso featuring that regularly during the first few games of the new 2021/22 campaign.

With Sanchez being out too until the Chelsea game, an opportunity has now presented itself to someone like Joe Rodon to step in and make a good impression whilst the trio are out.

Meanwhile, the likes of Dele Alli, Oliver Skipp, and Pierre-Emile Hojbjerg have been keeping out Lo Celso.

All of the South American players aside from the Colombian have been getting their game time opportunities from the Europa Conference League, therefore missing the game against Rennes means that the pair have one less chance of forcing their way into Espirito Santo's thinking when it comes to the first team.