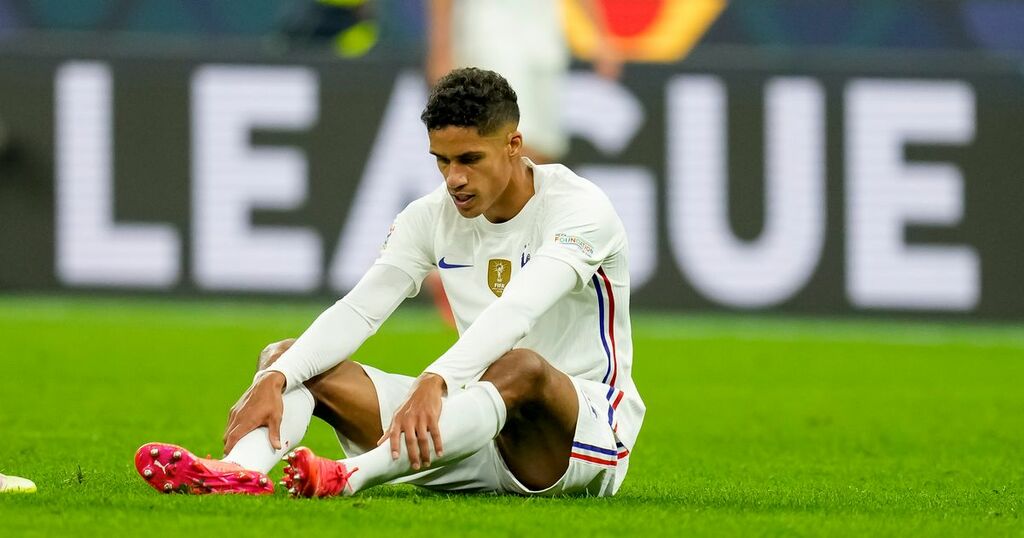 Manchester United defender Raphael Varane has on Sunday evening been forced off injured in the first half of France’s UEFA Nations League final against Spain in Milan.

With 43 minutes on the clock, France boss Didier Deschamps was left with no choice to take off the United defender and replace him with Dayot Upamecano of Bayern Munich.

Varane went down holding his leg, but the true extent of the injury remains unclear having earlier looked to cut out a Spain cross or if it was an off-the-ball muscle tweak.

The French medical staff attended to Varane on the pitch, but it quickly became apparent that he would not be able to continue. Deschamps is expected to provide an update following the match, although it could be far too early for him to issue a confirmed diagnosis.

Even so, Varane's injury could be a huge blow for United and manager Ole Gunnar Solskjaer.

Club captain Harry Maguire is already sidelined and it is currently unclear whether or not he will be available for United’s trip to Leicester City on Saturday. Should he be unavailable and Varane’s injury also be serious enough to rule him out, Solskjaer is likely to face an almost certain unwanted headache.

In that scenario, Solskjaer is likely to have to call upon Victor Lindelof and Eric Bailly. Lindelof, who was unable to link-up with the Sweden squad earlier in the international break due to personal reasons, started in Maguire’s absence against Everton last Saturday, and was previously named in the line-up for the first two Premier League games of the season.

Bailly, on the other hand, has made just one appearance for United so far this season, starting last month’s surprise 1-0 defeat to West Ham United in the Carabao Cup. He last played in the Premier League on the final day of last season.

This is a developing story…