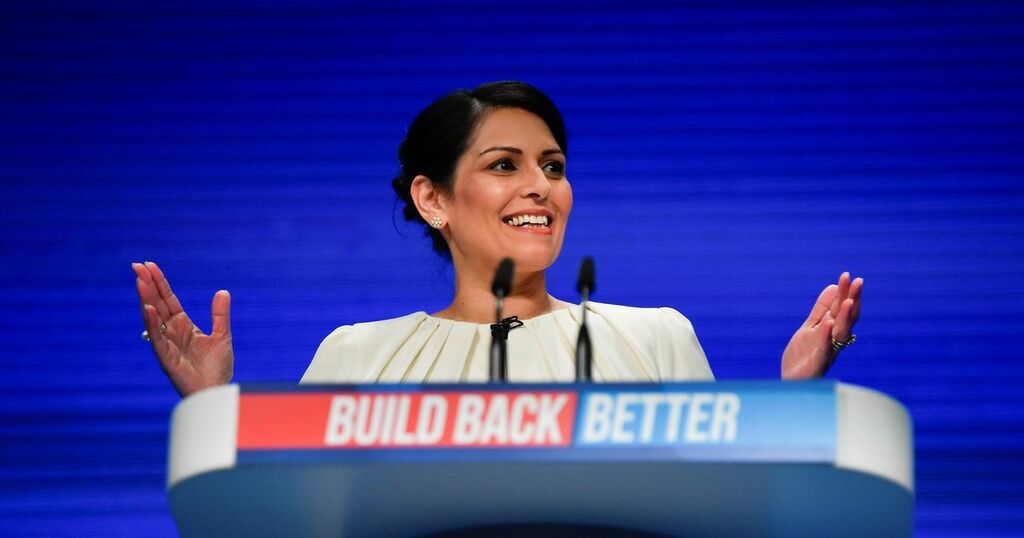 Priti Patel has announced an inquiry into the "systemic failures" that enabled the policeman who killed Sarah Everard to keep his job.

Just two days ago Boris Johnson refused to back calls for a public inquiry into the broader issues surrounding the policing of violence against women.

Refusing to repeat the name of Ms Everard's murderer, the Home Secretary said it "is abhorrent that a serving police officer was able to abuse his position of power".

"The public have a right to know what systematic failures enabled his continued employment as a police officer," Ms Patel said.

"We need answers as to why this was allowed to happen.

"I can confirm today, there will be an inquiry, to give the independent oversight needed, to ensure something like this can never happen again."

The non-statutory inquiry is expected to conclude the Independent Office for Police Conduct’s (IOPC) investigation which is looking into allegations and incidents throughout Wayne Couzens’ career.

The first part of the inquiry will examine Couzens’ previous behaviour and will establish an account of his conduct leading up to his conviction.

The second half of the inquiry is expected to take a closer look at issues from part one and wider issues across policing.

Shadow Home Secretary Nick Thomas-Symonds slammed Ms Patel's "half-hearted" announcement which should have been made sooner.

“Labour has been calling for a full independent inquiry for days, yet the Prime Minister refused to support one.

"Now the Home Secretary has half-heartedly announced one, but not put it on a robust, statutory footing to ensure there are no barriers in the way to getting answers.

“When Parliament next sits, the Home Secretary must bring forward legislation that should toughen laws on street harassment, increase sentences for rape and stalking, fast-track rape and serious sexual violence cases through the courts, and enshrine the rights of victims in a Victims’ Law."

"It’s the lack of ambition that is so depressing," Ms Jones said.

"Finally announcing an inquiry after days of pressure. And no real action on tackling violence."

Labour’s Yvette Cooper, chairwoman of the Commons Home Affairs committee, understands the independent inquiry will look into the wider culture in policing.

The announcement of this inquiry comes after Boris Johnson dismissed calls to make misogyny a hate crime.

A string of groups say making misogyny a hate crime would help nip the problem of male harassment and violence in the bud, and change society as a whole.

But Mr Johnson said: “Rather than expanding the range of crimes we want to prosecute for, we need to prosecute the existing crimes.”

In the lead up to the Conservative Party Conference Ms Patel had been insisting that she is "redoubling" her efforts to keep women and girls safe.

But she opted to save the announcement of this inapplquiry for her headline speech in Manchester, where she enjoyed a raucous applause.

Mayor of London Sadiq Khan said "there is no time to waste".

“This inquiry must leave no stone unturned to ensure that the failures that led to a serving police officer killing Sarah Everard can never happen again."

Couzens abducted Ms Everard as she walked home from a friend's house in south London.

He has been sentenced to life in prison.