Novak Djokovic confirmed for the Australian Open despite uncertainty over visa 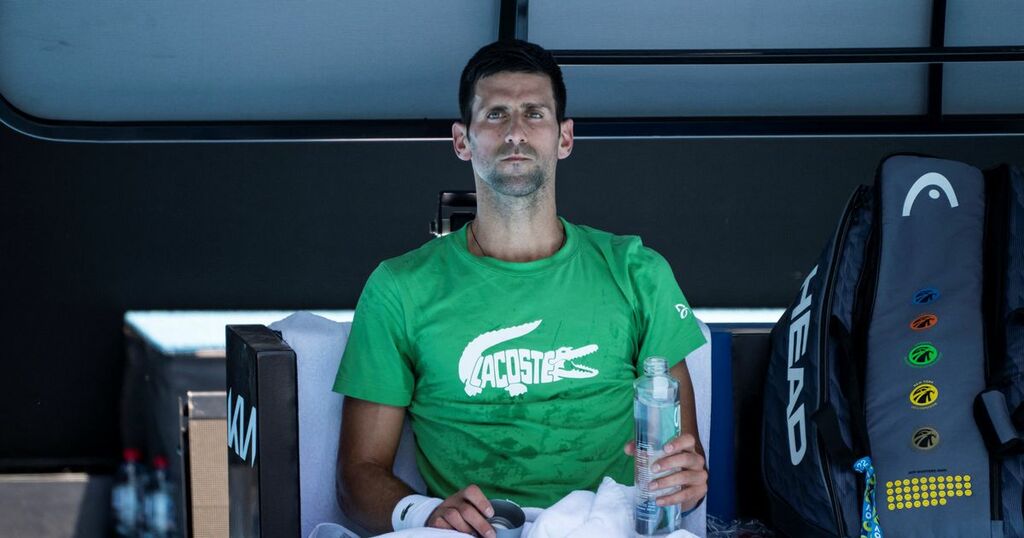 Novak Djokovic is in the Australian Open draw as the top seed, despite his ongoing visa issues.

The 20-time Grand Slam champion is scheduled to face Serbian compatriot Miomir Kecmanovic in the first round next week.

However, Djokovic’s pursuit of a 10th Australian Open title remains in doubt due to his unvaccinated status.

Australia’s immigration minister Alex Hawke could cancel the visa based on prior Covid infections not counting as an exemption, or on "character grounds".

Djokovic has made headlines around the world over the past week after arriving in Melbourne for the first Grand Slam of the year, despite not having had the coronavirus vaccine.

After hours of questioning by Australian border forces, he was placed in a temporary detention centre.

The 34-year-old saw the decision overturned by a judge on Monday and has been free to train over the past few days ahead of the tournament’s start on January 17.

Djokovic was forced to admit on Wednesday that he had made mistakes on his immigration forms and broken isolation rules before flying to Australia.

He also still has the threat of deportation hanging over him, with Hawke holding the power to cancel his visa.

Hawke is yet to make a decision and the draw therefore went ahead as planned on Thursday, albeit one hour and 15 minutes later than billed.

Australian Prime Minister Scott Morrison had been expected to speak about Djokovic’s situation during a press conference with the national cabinet on Thursday.

But Morrison merely reaffirmed that the decision lay in the hands of Hawke, who is still considering the case.

“I will refer to Minister Hawke’s most recent statement in that the position hasn’t changed,” he said.

“These are personal ministerial powers able to be exercised by Minister Hawke and I don’t propose to make any further comment at this time.”

Elsewhere in the draw, Andy Murray will face No. 21 seed Nikoloz Basilashvili in the first round.

Heather Watson, who is the only other British woman to have directly qualified for the main draw, takes on Egypt's Mayar Sherif.