Lorry driver dies after crashing into bridge on the M6 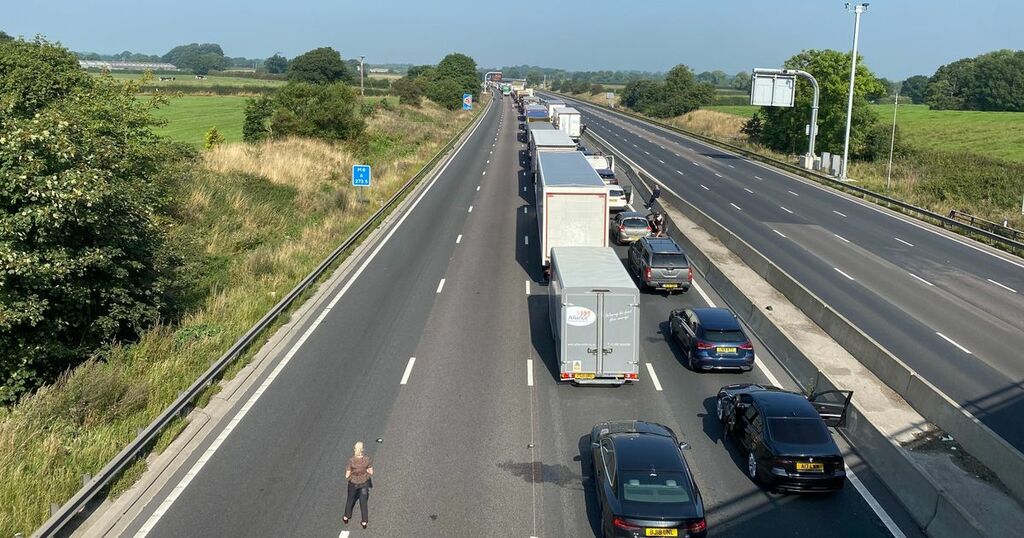 A lorry driver has died after crashing into a bridge on the M6.

The man, aged in his 60s, sadly died at the scene after the crash earlier today (Tuesday), police said.

He was driving a blue and white HGV on the northbound carriageway before hitting a railway bridge between junction 17 for Sandbach and junction 18 for Middlewich.

No other vehicles were involved in the crash.

The man's next of kin have been informed, police said.

There have been huge delays on the M6 motorway since the crash happened just after 8.05am this morning.

A diversion route in place but there are still delays of around two hours in the area.

It has not yet been confirmed when the road is expected to reopen as accident investigation work is ongoing at the scene.

Police are now urging anyone who witnessed the incident, particularly anyone who has any dash cam footage, to get in touch.

In a statement, a spokesperson for Cheshire Police said: "Police are appealing for witnesses and video footage following a fatal collision on the M6 in Cheshire.

"At 8.07am on Tuesday 7 September police were called to reports of a serious collision on the northbound carriageway between junctions 17 (Sandbach) and 18 (Middlewich).

"Officers attended the scene and found that a blue and white HGV had collided with a railway bridge.

"Sadly the driver of the HGV, a man in his 60’s, died at the scene. His next of kin have been informed.

"There were no other vehicles involved in the incident.

"The northbound carriageway remains closed at the current time while recovery work is undertaken. The closure is expected to remain in place for several hours.

"Enquiries in relation to the incident are ongoing and officers are keen to hear from anyone who witnessed the collision, or anyone with any CCTV or dashcam footage which may aid the investigation."

Anyone with any information is asked to call Cheshire police on 101, or visit www.cheshire.police.uk/tua, quoiting IML 1079063.