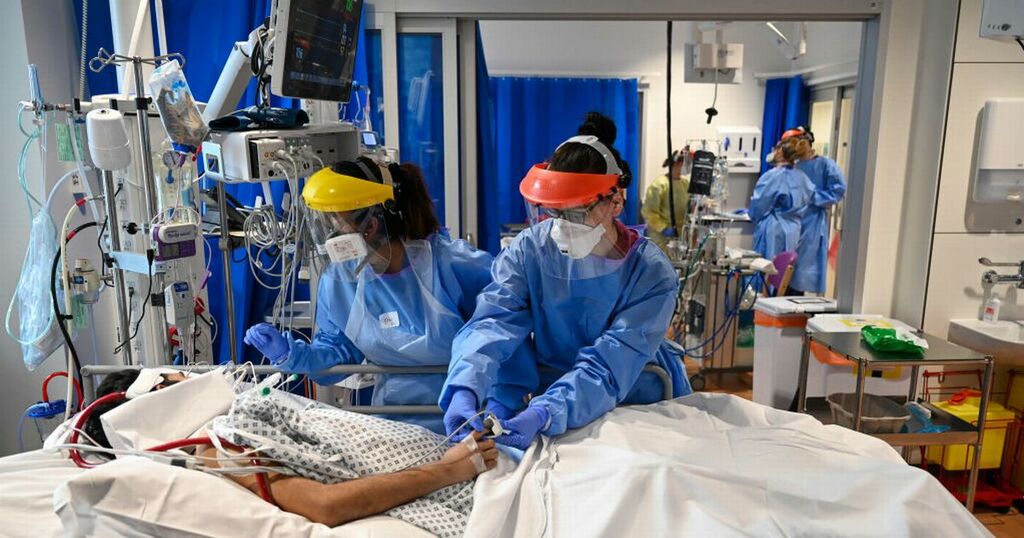 Figures released by the UK government show there have been 81,713 new Covid infections in the past day as a further 287 Brits die of the virus.

When compared to data last week, which showed 146,390 new infections - the statistics suggest a huge drop of 44 per cent.

On Saturday last week, the UK officially reported passing the tragic milestone of 150,000 deaths as over three hundred Brits succumbed to the virus.

That heartbreaking figure - which was the highest daily number since February 2020, took the grim tally of deaths up to 150,057.

Only six other countries have passed that devastating landmark, including the USA, India, Brazil, Mexico, and Peru.

Today's numbers follow the trend on the back of yesterday's figures, which showed a significant drop in the number of Covid cases week-on-week.

Yesterday 99,652 infections were reported, an enormous 44 per cent decrease when compared to the previous week's 178,250.

But deaths rose yesterday, with 270 reported on Friday - 41 more than the week previous.

The UK Health Security Agency chief medical adviser said that infections are "plateauing" in the south of England - but around one in 15 are still infected.

Dr Susan Hopkins also said we are seeing a slow down in the number of admissions to hospital.

Dr Hopkins told BBC Radio 4's Today programme: "There is still a high rate of infection around the country, about one in 15 in England, and about one in 20 in other parts of the UK.

"We see that infections are plateauing in the community, which is good, in London and the south east and the east of England.

"There are still risings, but much slower in the northern parts of the country.

Dr Hopkins said hospitals had been able to discharge patients "faster" due to Omicron being milder than previous coronavirus variants but that, with around 15,500 people in hospital last week, the NHS remains under "a lot of pressure", with some trusts "unable to do much of their elective care", a situation exacerbated by staff absences.

Meanwhile, despite experts warning against loosening containment measures to soon, Boris Johnson looks set to scrap his plan B restrictions later this month

The government brought in several new measures last month as Omicron surged in the UK with people needing to have Covid passports or negative lateral flow tests to go into some indoor events, wear masks and work from home where possible.

Now the passports and work from home guidance are widely expected inside Whitehall to be lifted from January 26 for England but some rules will remain on face masks, reported The Telegraph.

It is believed that the government could make an announcement on removing the measures next week.