Brave and streetwise: Who is Dmitry Muratov, winner of this year’s Nobel Peace Prize? 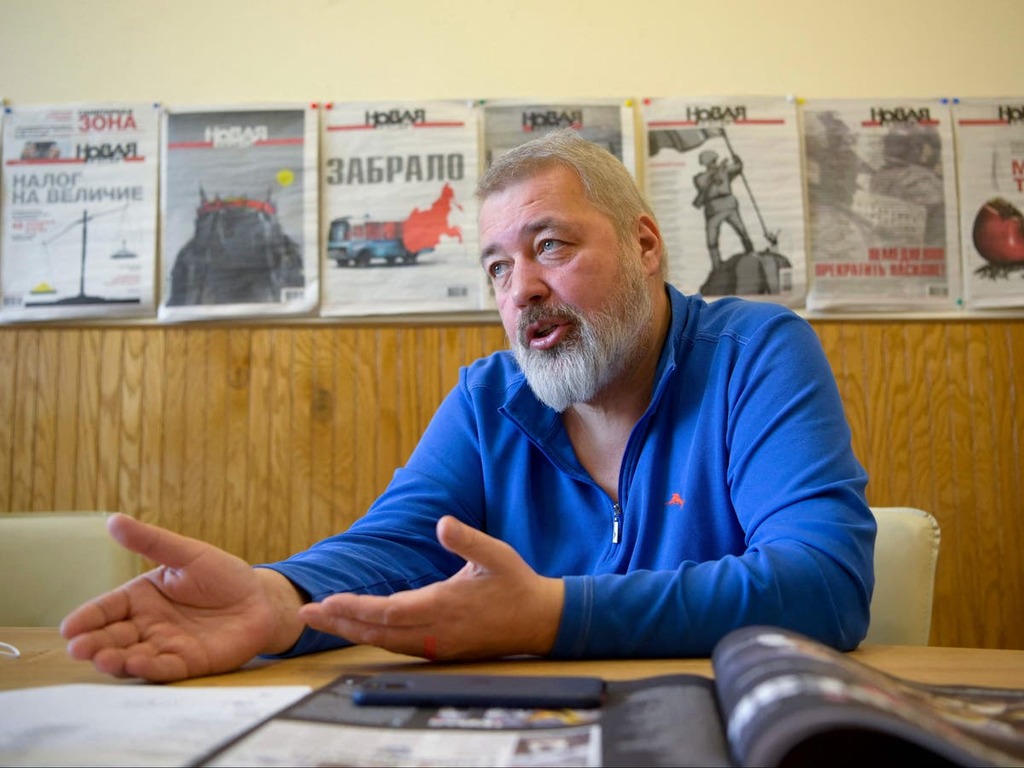 Novaya Gazeta’s 59-year-old editor Dmitry Muratov, who on Friday became the co-recipient of the 2021 Nobel Peace Prize, has been a face of Russian investigative journalism since the 1990s. His career has charted the nastiest of Russian vicissitudes, with six of his journalists killed as a direct result of their work. Mr Muratov dedicated the award to all six.

In recent years, Novaya has published sensitive investigations that few other outlets would dare, especially in such a dangerous journalistic environment. The paper broke the news of Ramzan Kadyrov’s gay purge in Chechnya, for example. It covered torture in the prison system. And it provided crucial details on Russia’s undeclared war in Ukraine.

In 2018, a severed ram’s head was delivered to the paper’s central office, addressed to a journalist writing about Kremlin-connected mercenary groups. In 2020, an assailant sprayed a chemical substance at the office doors. The same year, Mr Kadyrov, Chechnya’s ultraviolent president, called the paper’s journalists “non-people”, and implored the FSB, Russia’s security agency, to “stop” them using whatever means.

Right on the eve of the award, Mr Muratov held a solemn party  to mark the 15th anniversary of the murder of its most famous journalist, Anna Politkovskaya. The investigative journalist was gunned down, aged 48, at the entrance of her Moscow home in 2006. She was a prominent critic of the Chechen leader. To this day, no one has been punished for ordering her death.

His colleagues praise the veteran editor’s journalistic flair and “professional” approach to editing. “Brilliant, wise, and with an eye for survival,” said Pavel Kanygin, a longtime journalist at the paper.

Others also emphasise that he has developed relationships with Russia’s security elite as a way to “survive in the system”.

Mr Kanygin was more forthright. “The talent of Dmitry Muratov has always been to chart a path through all these stresses and strains,” he said. “It’s what sets him apart from everyone else in the business.”

Mr Muratov was part of a team who left Komsomolskaya Pravda, a bastion of Soviet journalism, to found Novaya Gazeta in 1993. He became the fledgling paper’s editor in 1995, a post he held up to 2017, and then from 2019 onwards, where he continues to work.

Over the years, Novaya Gazeta was associated with two larger than life funders: former Soviet leader Mikhail Gorbachev, who donated money from his 1990 Nobel Peace Prize; and Alexander Lebedev, the former publisher and a present shareholder of Novaya Gazeta. Mr Lebedev is the father of Evgeny Lebedev, a major shareholder in The Independent.

Mr Muratov and Novaya Gazeta have been nominated several times for the Nobel prize. The committee’s decision to award it this year appears to be a reflection of the wily editor’s ability to keep the paper going despite an increasing Kremlin crackdown.

Mr Kanygin told The Independent that Mr Muratov repeats a mantra to new and old journalists alike: “It’s an art to say the whole truth, but to stay alive.”

Through bitter experience, his editor understood “more than anyone” where the boundaries were. He sensed changes in the political atmosphere “at the molecular level”, the journalist said. And he was “strategic” in everything he did.