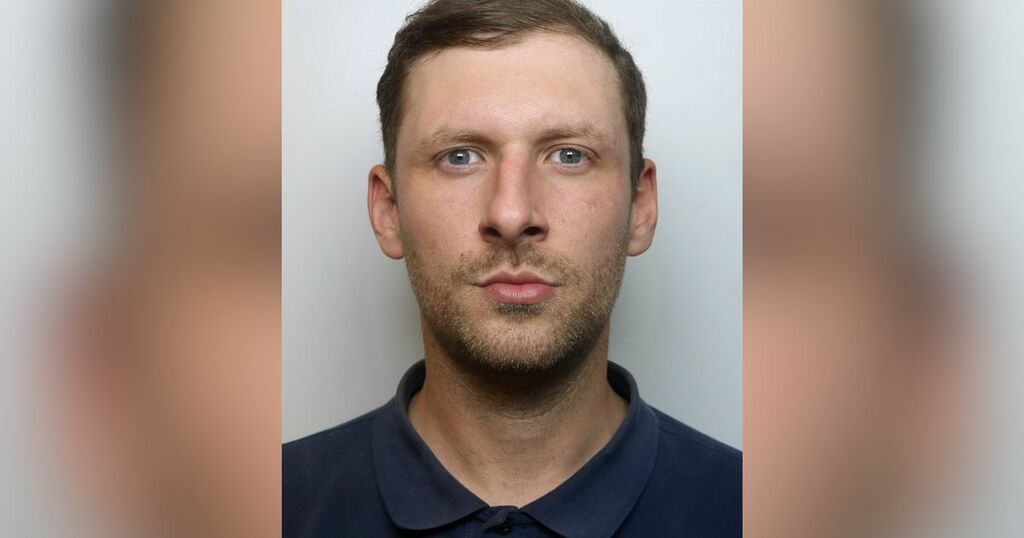 A boy thought he was going to die when a thug demanding cigarettes pointed a BB gun at his head.

Grant Pridham had been thrown out of a pub after producing the air pistol and claiming to be an "assassin".

He then accosted two teenagers in the street, shortly after midnight, and threatened them with the weapon.

Pridham was previously locked up after he broke into an elderly couple's home and robbed them at knifepoint.

He took their Ford Focus - containing a wheelchair and mobility scooter - but only drove around the corner and was caught by police.

Pridham was jailed for seven and a half years in April 2017 for that raid, after he admitted a string of offences including robbery.

However, when released on licence, the now 30-year-old went from terrifying "highly vulnerable" pensioners to intimidating children at gunpoint.

Liverpool Crown Court heard Pridham had been drinking before he went to the Chapel House Inn pub, in Burtonwood, on the evening of Saturday, September 4 last year.

The crook, who later described himself as "six or seven out of 10" on a scale of drunkenness, saw a woman he knew in the pub, but she was left "unnerved by his behaviour".

Christopher Hopkins, prosecuting, said he then produced the airgun and showed it to her, leaving her "panicking".

The court heard Pridham told her he "had a job to do in Parr and would be paid £1,200 to do it", before he was told to leave the premises.

Shortly after midnight, he approached two 17-year-olds who were walking their dog on Burtonwood Road, near to the junction with Boston Boulevard in Chapelford, and asked the teens if they had a cigarette.

Mr Hopkins said when they replied that they did not smoke, he "pulled out the gun and repeated his demand" - pointing the weapon at the head of one of the youngsters, who pleaded with Pridham not to shoot him.

He lowered the weapon and told the victims they had been "lucky", before walking away as the pair, who said they had "never been so scared", ran off in terror.

Police later arrested Pridham at his home in Borron Road in Newton-le-Willows and discovered the BB gun in a drawer in his bedroom.

He claimed that he had found the air pistol, but he had in fact bought the imitation firearm the previous month, for what he said were "innocent purposes".

When interviewed by police, Pridham said he had claimed in the pub that he was an "assassin", but told officers he couldn't remember confronting the boys.

In a statement read out in court, one of the victims described how he "genuinely thought that he was close to death".

Pridham, formerly of Birdwell Drive, Great Sankey, Warrington, admitted two counts of possessing an imitation firearm with intent to cause fear of violence.

Simon Christie, defending, told the court his client, who has six previous convictions for 14 offences, now claimed he was "genuinely motivated to address his offending behaviour".

He said: "Those who know him see a different side, a loving and thoughtful son.

"But he has, of his own volition, described a more disturbing side.

"It's a very sad state of affairs – he has a respectable background and it's been a source of real alarm to his parents.

"They were quite baffled as to how their son behaved in this fashion."

Judge Gary Woodhall told Pridham: "On the evening of September 4 last year, you went out drinking.

"For whatever reason, and I cannot discern what the reason was, you had taken a BB gun.

"You drank to excess and were drunk, and others were unnerved by your behaviour.

"There seems to have been some implied threat that you were going to use the gun.

"Then, you were walking along Burtonwood Road when you approached two 17-year-old boys.

"You pulled out that BB gun and demanded a cigarette from them.

"One cannot underestimate just how frightening that must have been, but you went further - you pointed it at his head and closed one eye as if aiming the gun.

"He thought you were going to shoot him."

The judge said it was clear that people who knew Pridham thought highly of him and described him as being "well-mannered" and a "loving" man.

Judge Woodhall said: "You are somebody who sits before the court having had a stable upbringing - you are well-educated and articulate, yet you have committed two serious offences involving weapons.

"The conduct you engaged in was intended to maximise fear and distress."

He jailed Pridham for three years and nine months, who gave a thumbs up to members of his family sitting in the public gallery as he was sent down.

Judge Woodhall also ordered the forfeiture and destruction of the BB gun.