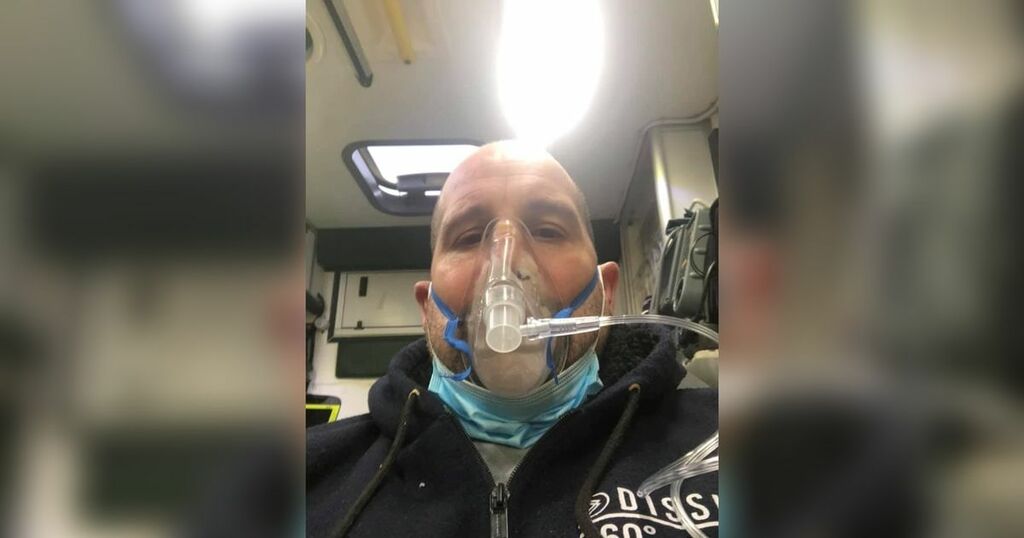 A boxing gym owner who nearly died from coronavirus has defended himself from "covid facebook experts" after asking all his customers to take a test before training.

Michael Allen admits he was sceptical of media coverage of the pandemic in the early days because he did not know anyone who was affected by the virus.

But the 47-year-old had a particularly brutal reality check when he was hospitalised with covid in June 2020, and witnessed the full horror of the pandemic with his own eyes.

Now Michael, owner of the 12 Quays Boxing Gym in Wallasey, has introduced a rule asking all his clients to take a rapid lateral flow test before attending training sessions.

The move was criticised on Facebook, with several commentators suggesting false conspiracy theories including that lateral flow tests can cause cancer and others comparing it to "mandatory vaccinations".

But Michael is unapologetic, and told the ECHO: "We have had a few positive cases in our gym in the last few weeks and I don't want to take any chances.

"It's a boxing gym, it's not like when you go to Total Fitness, their customers might go on a rowing machine, a treadmill.

Would you be happy to take a covid test to go to the gym? Let us know in the comments below

"In a boxing gym they're all mingling, sharing mats, sharing punching bags, hitting each other in the ring. It's a close contact sport.

"Now people have been saying to me 'how can you ask healthy people, people who are not sick, to do a test?'. It's not for my peace of mind, it's so that those kids in my gym don't take covid home to their mums and dads."

Michael said his gym recently hosted a boxing show with around 50 attendees, and he says making sure the virus is not spreading is important to his clients.

He said: "When I told everyone in the gym they would need to do a test there was not one person pulling a face, nobody complained, because they all love coming in.

"But these 'Facebook doctors' are saying this a year and a half in, these are the same people who believe that 9/11 wasn't real or that the moon is made of cheese, these are conspiracy theorists."

Michael was forced to come to terms with the reality of covid when he was rushed to Arrowe Park Hospital with reduced oxygen levels and difficulty breathing.

Luckily, Michael began to recover after being placed in an oxygen bubble mask and did not need to go onto a ventilator.

But on his ward, others were not so lucky.

He said: "Some of them didn't make it through the night. There would be empty beds in the morning and I would say to the nurses, 'Oh what happened to so and so' and they would tell me they had passed away.

"It made me afraid to go to sleep, I thought that's when they are dying."

While in hospital, and unable to talk, Michael pulled out his phone and recorded a harrowing video of himself at his lowest ebb to warn other like-minded people what was at stake.

He said earlier this year: "I think a lot of people got the wrong end of the stick about coronavirus.

"The whole idea of the video, it was making a point to people around me that, basically, just because they could not see it doesn't mean it isn't there.

"People were sending me all sorts of messages because they could not believe what they were seeing."