Box Office: ‘Venom 2’ Has One Simple Advantage Against Bond, ‘Dune’ And ‘Eternals’ 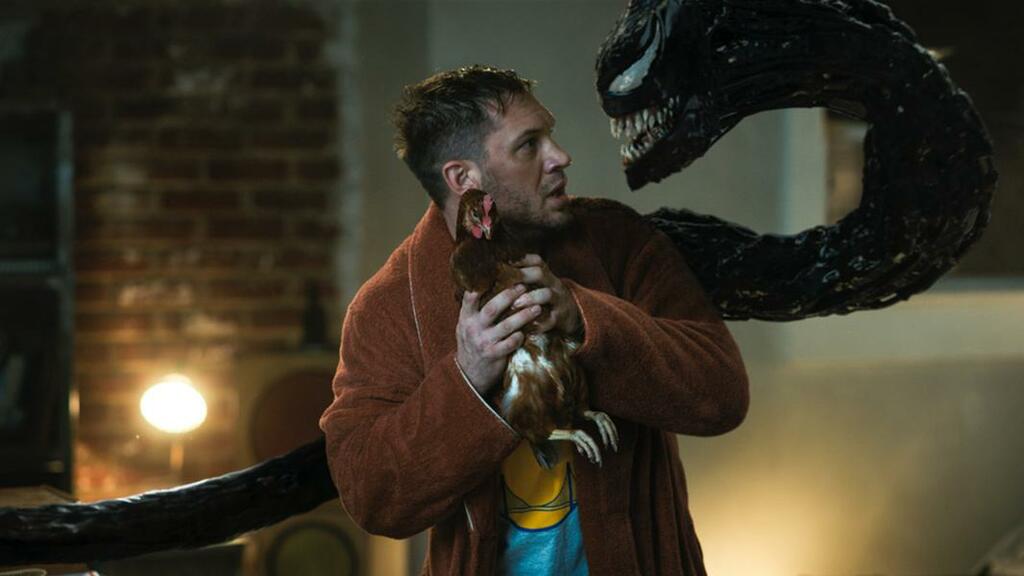 With another $6.21 million (+8% from Monday) on its fifth day of release, Andy Serkis and Kelly Marcel’s Venom: Let There Be Carnage has officially passed $100 million at the domestic box office. The $110 million superhero sequel overperformed last weekend with a $90 million Fri-Sun opening frame, which was 12.5% higher than the $80 million launch of Venom on this same weekend in 2018. The film’s five-day total of $102 million is just slightly higher than the $98.112 million five-day cume of the previous Tom Hardy/Michelle Williams flick. It’s also essentially tied with the $101 million five-day cume (following a $94 million Fri-Mon Labor Day launch) of Shang-Chi and the Legend of the Ten Rings.

With a 1.13x “weekend to day five” multiplier, compared to 1.22x for Venom and 1.24x for Joker ($119.8 million after a $96.2 million debut on this frame in 2019), this anticipated sequel might be more frontloaded than its respective predecessor. While they aren’t demographically-identical tentpoles, Venom 2 dealing with No Time to Die is a little different than Venom opening alongside A Star Is Born ($43 million) and then fending off an underperforming First Man ($16 million) in its second frame. Both did/will encounter a Blumhouse Halloween sequel in weekend three, but Dune (October 22) and Eternals (November 5) are likely more demographically similar competition compared to Hunter Killer and Bohemian Rhapsody.

None of this is to proclaim doom-n-gloom. It’s a $110 million flick that has earned halfway decent reviews and decent consumer buzz, including a B+ from Cinemascore. It opened above most expectations, as a low-level breakout sequel even amid a pandemic, and will probably end its second Sunday over/under $150 million domestic. Even a multiplier like the last Halloween ($159 million from a $76 million debut) gets the Tom Hardy/Woody Harrelson buddy comedy rom-com horror fantasy to $188 million, or above everything this year save for Shang-Chi. However, if it does leg out, one key reason for that might be a key advantage over its tentpole competition. It’s simple, really. It’s simple.

Dune part One is the first half of a sprawling and famously dense sci-fi novel, for which even stars are arguing (perhaps tongue-in-cheek) that you need to do homework first. No Time to Die runs 165 minutes and is, more than any other James Bond movie, a sequel which relies on you having seen and remembered the at least Casino Royale and Spectre. That’s bemusing considering that the one stand-alone Daniel Craig-starring 007 sequel, Skyfall, earned $304 million domestic and $1.11 billion, but I digress. Sight-unseen, Chloé Zhao’s (allegedly 157-minute) Eternals is being sold as a mythologically-dense and fantastical introductory chapter for a whole new ensemble of MCU heroes. Ditto, relatively speaking, Jason Reitman’s nostalgia-pitched Ghostbusters: Afterlife.

Comparatively, Venom: Let There Be Carnage was sold (and exists as) a deeply simple, 95-minute, kid-friendly, newbie-friendly, everyone-into-the-pool matinee attraction. The plot is “imprisoned serial murderer becomes scary symbiote and Eddie Brock/Venom have to stop him.” The second trailer even revealed that the “origin” of Carnage was nothing more complicated as “bad guy bites Eddie’s hand and tastes Eddie’s tainted blood.” Sure, I guess it helps to have seen the first Venom. However, as long as you what/who Venom is you’ll be fine. Moreover, the movie offers plenty of offhand expository information related to the core relationships (Eddie/Venom and Michelle Williams’ Anne) to get folks up to speed.

“Stand alone” isn’t automatically better than “continuity-rich.” There’s a reason I like the Saw flicks, and going all in on continuity paid off for The Fast Saga. Marvel’s Eternals will likely be as newbie-friendly as 95% of the other MCU films and television shows, while Ghostbusters 3 will presumably play fine to kids who grew up on Stranger Things rather than Ghostbusters II. However, when all of Hollywood is chasing the next Avengers or the next Force Awakens, there’s credit due to in a film like Venom 2 existing as a small-scale, stripped-down, character-over-plot singular feature film. Considering the cinematic universe aspirations, the Venom series is ironically one of the most “stand-alone” franchises around.

Venom: Let There Be Carnage is, for better or worse, “just a movie.” It has no aspirations of grandeur and requires not study guide. Yes, the PG-13 superhero sequel is succeeding mostly because of the IP (because otherwise Upgrade would have earned $854 million worldwide in 2018), and how the movies subvert expectations related to that IP. Nonetheless, the whole “anyone can come in and swim” structure may pay off as it faces off against a handful of long, continuity-specific, plot-heavy and/or nostalgia-tinged tentpoles. Even as No Time to Die, Dune and Eternals do their thing, Venom 2 could thrive beyond just its opening weekend as the easiest and safest consensus pick or second-choice option.