Bottas thought it "could be my day" before strategy risk backfired

Bottas continued his impressive start to life at Alfa Romeo in 2022 by finishing sixth at the Circuit de Barcelona-Catalunya on Sunday, ensuring the team retained P5 in the constructors' standings.

But the Finn had been running as high as third at one point, benefitting from the hectic first half of the race that saw Lewis Hamilton and Carlos Sainz drop back, and early leader Charles Leclerc retire due to a power unit issue.

Bottas sat fourth with 10 laps remaining as he tried to make a two-stop strategy work, only to be passed by both Hamilton and Sainz in the space of three corners on Lap 58 thanks to their soft tyre advantage on the three-stop.

"When you are up those positions and things are going smoothly, and you see things happening to other cars, you are thinking OK, this could be my day," Bottas said after the race.

"But I think strategy-wise, we took a bit of a risk today. We left the last stint to be very long, but in the end, it was too long. The tyres died towards the end, but we tried.

"But the risk was pretty minimal and there was not that much threat from behind."

Even if he had been on the optimum three-stop strategy, Bottas doubted he would have been able to beat the Mercedes and Ferrari cars that were recovering on outright pace.

"I think probably not, just not quite enough pace," Bottas said.

"But maybe with the issues Lewis had towards the end, if we would have had a shorter last stint, it could have been maybe possible. Anyway, still good points."

Bottas did ask Alfa Romeo if it would be possible to pit for a set of soft tyres to try and get the fastest lap bonus point after losing the places to Hamilton and Sainz, only to be told by the pit wall that it would be too tight with Esteban Ocon behind in seventh to risk coming in.

"We're going to have a look, but they said it was going to be too close with Esteban and there's obviously always risk involved," Bottas said.

"I think at this stage, we just take the points, but maybe in the future, we take a look if we want to risk a bit more." 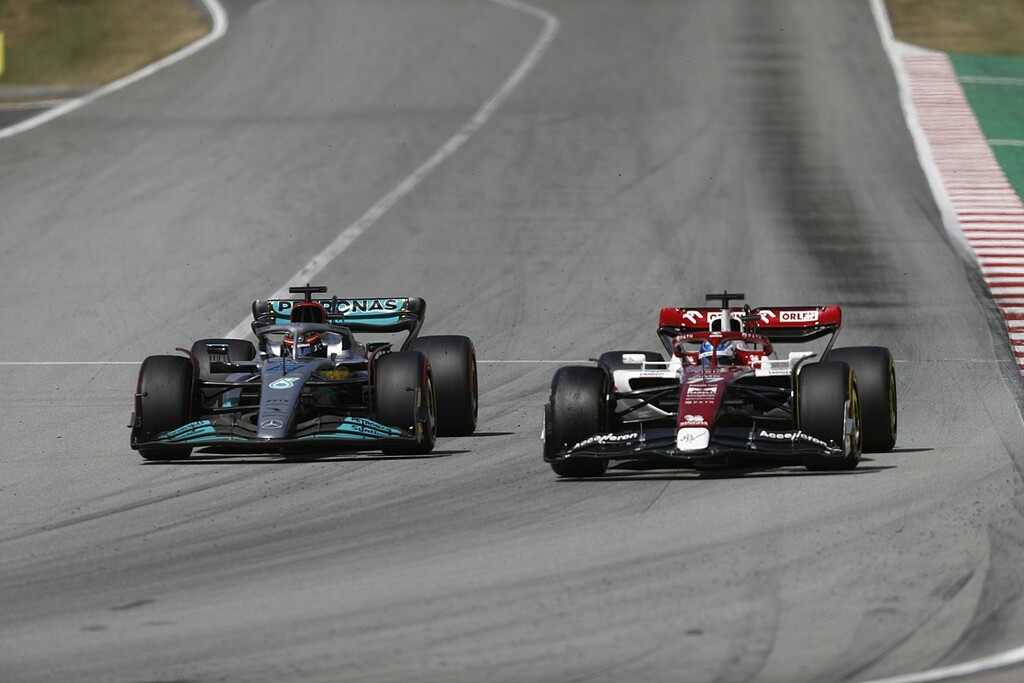 Autosport
One subscription that gives you access to news from hundreds of sites
Spanish GP: Verstappen wins from Perez after Leclerc DNF