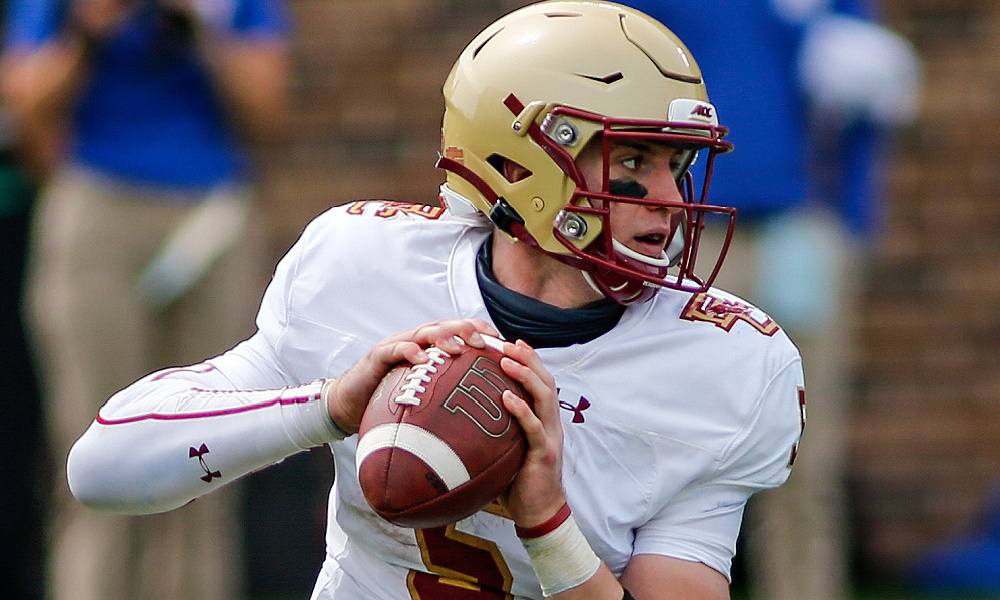 Why Boston College Will Win

Flip a coin on whether or not the Minutemen will score.

They came up with a late touchdown in the 51-7 loss to Pitt, making it seven of its last eight games going back to 2019 scoring 10 points or fewer.

Boston College’s defense made a point to pitch the shutout against Colgate in a 51-0 win, and it didn’t even unleash the fury into the backfield.

The passing game was good, the offense cranked it up after the first quarter, and it should all work again against a secondary that got hammered by Pitt for close to 400 yards. But …

Why UMass Will Win

Can Boston College run the ball? Yeah, it averaged over five yards per carry against Colgate, but QB Phil Jurkovec can’t be the leading and most effective rusher.

UMass might be having a slew of issues – to be kind – but it came up with a few downfield pass plays against Pitt, Tyler Lytle isn’t a bad quarterback when he gets time, and on the road in Amherst, this is the game to hope to catch a team like Boston College napping a bit.

That might seem crazy, but Texas State almost beat the Eagles in Week 2 of last year, and …

Boston College will move the ball however it wants to, it’ll get up fast, and the defense will make a push for its second straight shutout.

And the running game will work – the coaching staff will force it after the firs t quarter.

Want a 2nd opinion on who to bet in the Boston College vs UMass game? Click here to get WinnersAndWhiners.com’s predictions on the side, total, first half, and exotic bets! All Free!