The Brazilian, who currently drives for R-ace GP in the Formula Regional European Championship, set a 1m29.554s on Thursday morning as the quickest time of the three-day test.

Franco Colapinto’s best time on Friday was the second-quickest overall, a 1m29.617s in his MP Motorsport-run car, with Oliver Goethe's 1m29.660s time on Friday as the third best.

The three-day event featured over 30 young drivers hoping to take part in the championship in 2023, at least 10 of whom have already competed in the series.

Gabriele Mini set the fastest time of the day for Hitech, with the FRECA driver setting a 1m30.499s to top the timesheet during the morning session.

He led the day from ART’s Kaylen Frederick and Pepe Marti, driving for Campos, with all the quickest times set before lunch.

Frederick was the first driver to prompt the red flags, going off through the Turn 6 gravel, before Mini found the barriers at Turn 10 with 50 minutes remaining.

Frederick was quickest in the afternoon, with the 2022 Hitech driver setting a 1m31.275s in the final hour of running.

FRECA standings leader Dino Beganovic was second-quickest in the second half of the day for Prema, with ART driver Gregoire Saucy in third.

Sebastian Montoya (Hitech) also found the Turn 10 barriers in the afternoon running with 10 minutes left on the clock.

The quickest times came again in the morning session on Thursday, with Bortoleto topping the timesheet for Trident with a 1m29.554s.

Marti was second-fastest ahead of Zak O’Sullivan, with the 2022 Carlin driver taking part in the test with Prema.

The first red flag came an hour into running, with current ADAC F4 driver Taylor Barnard running off at Turn 10 in his Jenzer-run car.

Roberto Faria (ART) then went off at Turn 8, prompting a brief red flag.

Marti led the afternoon running from Mini and Paul Aron, running for Prema.

Barnard went off again in the afternoon session, this time at Turn 8, with Mini then touching the barriers at Turn 10 for a second stoppage.

Bortoleto caused the third red flag, also at Turn 10, before Barnard went off at the same place with 20 minutes remaining.

Franco Colapinto, who drove for VAR in 2022, topped the final day of the test, setting a 1m29.617s for MP Motorsport during the morning session.

The first red flag came early in the morning after Hadrien David made contact with the Turn 10 barriers in his Carlin-run car before a second stoppage came shortly after as Max Esterson went off at Turn 14.

Faria then prompted a third red flag after becoming beached in the gravel at Turn 5.

Barnard led in the afternoon, with a 1m31.280s, ahead of Marti and Campos Racing’s Hugh Barter.

He topped the timesheet within the first half hour in a comparatively calmer afternoon session which saw no red flags, though the yellows were briefly thrown to recover Brad Benavides’ ART-run car after he hit the Turn 5 barriers. 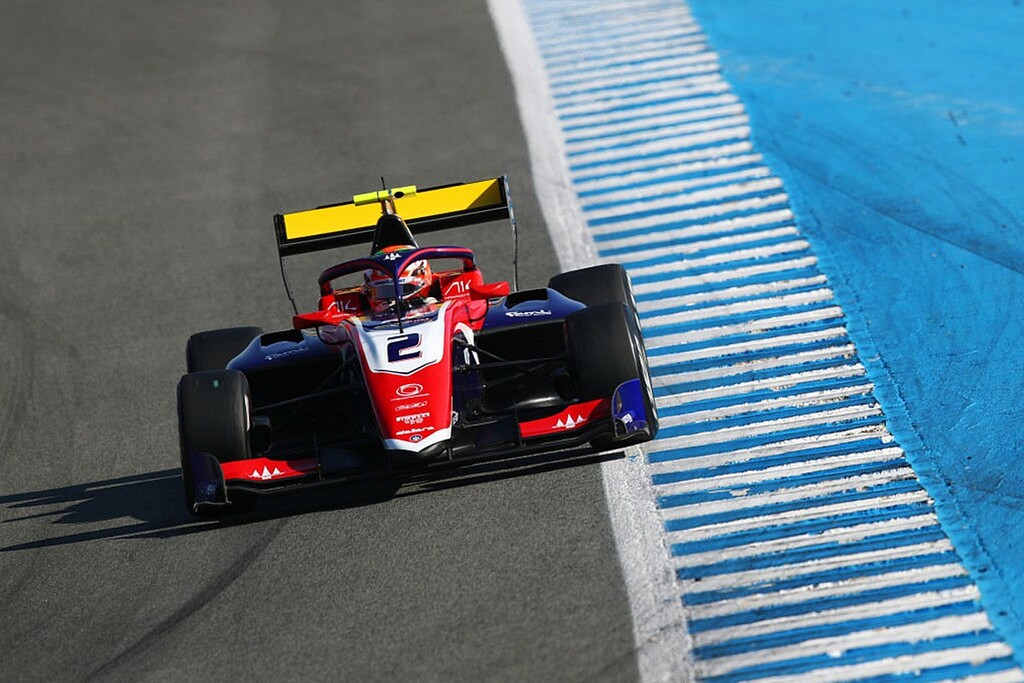 Motorsport
From analysis to the latest developments in health, read the most diverse news in one place.
Montoya, Fittipaldi among F3 Jerez post-season test lineup

Autosport
One place to find news on any topic, from hundreds of sites.
BTCC Silverstone: Butcher claims pole for Toyota by 0.037s