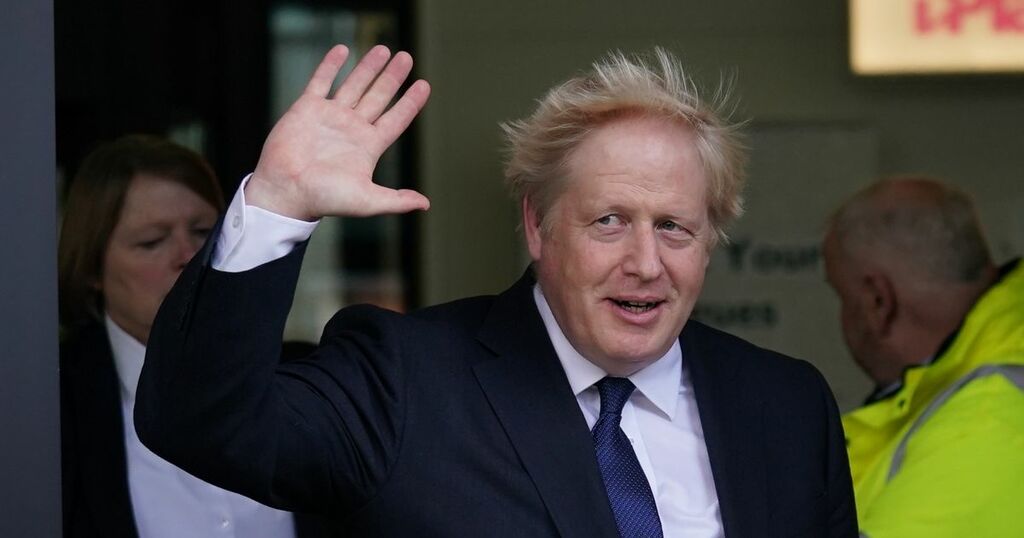 The government's handling of the pandemic has come under criticism following a damning report from MPs which claims thousands of lives could have been saved by locking down earlier.

A joint probe by the Commons health and science committees found ministers made a "serious error" by taking a "gradual and incremental" approach to lockdowns last year.

And Prime Minister Boris Johnson is now under pressure to bring forward a public inquiry into how the pandemic was handled.

The MPs said: "It is now clear this was the wrong policy, and that it led to a higher initial death toll than would have resulted from a more emphatic early policy. In a pandemic spreading rapidly and exponentially every week counted."

The 151 page report included criticisms that the NHS test and trace was too slow and failed to have a big impact and the UK's preparation for a pandemic was far too focused on flu.

Labour leader Sir Keir Starmer described the report as a "damning indictment" of the government and added that the government need to "accept responsibility" and to apologise to bereaved families.

He also called for an independent inquiry into Covid to be held earlier than the planned date of Spring 2022.

Sir Keir told BBC News: "My thoughts are with the families who have lost people because of these failures by the Government.

"But it wasn't just the slowness to respond, it was running down the NHS before the pandemic arrived and then the chaotic way that trace and trace was set up - far too slow."

Following the report, the Prime Minister's former top aide, Dominic Cummings, branded Boris Johnson a "joke" after some of his criticisms of the workings of Government were vindicated in the report.

In giving evidence to the committees, one of Mr Cummings' criticisms had been that "false groupthink" was prevalent in Whitehall, reports PA.

"But I was incredibly frightened — I guess is the word — about the consequences of me kind of pulling a massive emergency string and saying, 'the official plan is wrong, and it is going to kill everyone, and you've got to change path', because what if I'm wrong?

"What if I persuade him [the Prime Minister] to change tack and that is a disaster? Everyone is telling me that if we go down this alternative path, it is going to be five times worse in the winter, and what if that is the consequence?"

The Health Secretary at the time, Matt Hancock, made a similar point about it being difficult to challenge the scientific consensus.

"I was in a situation of not having hard evidence that a global scientific consensus of decades was wrong but having an instinct that it was," he said.

In their report, the MPs concluded: "We accept that it is difficult to challenge a widely held scientific consensus.

"But accountability in a democracy depends on elected decision-makers taking advice, but examining, questioning and challenging it before making their own decisions.

"We find it surprising that the fatalistic assumptions behind the initial scientific advice were not challenged until it became clear the NHS could be overwhelmed, particularly given alternative strategies were being pursued visibly and successfully in East Asian countries."

The MPs found "the fact that the UK approach reflected a consensus between official scientific advisers and the Government indicates a degree of groupthink that was present at the time which meant we were not as open to approaches being taken elsewhere — such as earlier lockdowns, border controls and effective test and trace — as we should have been".

Speaking on Tuesday, Mr Cummings told Sky News: "The government system for dealing with crises is a disaster, as I wrote in 2019."

He added: "The system was bad for many years before Covid. Me and others put into place work to try and improve the system in 2020 after the first wave, unfortunately the Prime Minister – being the joke that he is – has not pushed that work through.

"Now we have a joke Prime Minister and a joke leader of the Labour Party and we obviously need a new political system."

Earlier, Tory MP Jeremy Hunt, who chairs the Commons health committee and who was health secretary from 2012 to 2018, admitted he was part of the "groupthink" that focused too much on flu and failed to adequately plan for a pandemic such as Covid.

He told ITV's Good Morning Britain the UK should have locked down earlier and "the Prime Minister is of course ultimately responsible, but some of the advice that he got was also wrong".

Mr Hunt added: "There was a groupthink that the way you tackle a pandemic should be similar to a flu pandemic, I was part of that groupthink too when I was health secretary."

However, Minister for the Cabinet Office Stephen Barclay told Sky News' Kay Burley that there had not been groupthink on handling the pandemic.

He later admitted he had not yet read the report from the select committees.