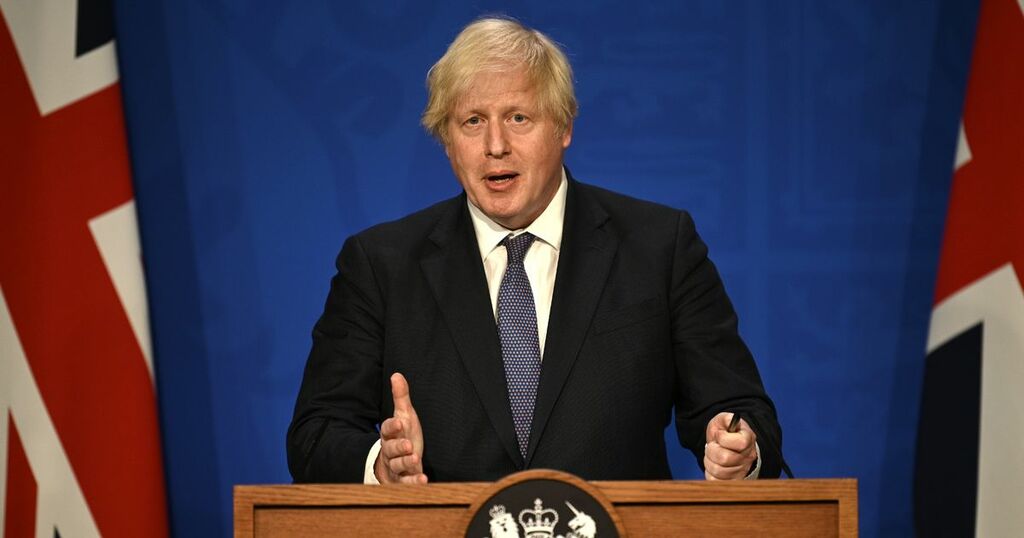 Boris Johnson is set to unveil his plans on how to tackle coronavirus during the coming months at a press conference tomorrow.

He is expected to outline how the country can learn to live with coronavirus, underlining how vaccinations will be a central part of the response during the autumn and winter.

It is understood the health secretary will deliver a statement in Parliament to update MPs on the plans on Tuesday (September 14) before the prime minister holds a press briefing later in the afternoon.

Despite coronavirus infection rates being higher now than they were at this stage last year, the prime minister has said he is confident that jabs will keep death rates down as the country goes into winter, and pressure on the NHS increases.

Here's what we know so far on the prospect of future lockdowns, what comes next for the vaccination programme and other changes we could see announced as part of Mr Johnson's winter plans.

The government has indicated that lockdowns will only be considered as a "last resort" this winter.

Mr Johnson was tight-lipped on whether or not he would rule out a winter lockdown entirely, but told reporters he was "very confident in the steps that we’ve taken".

Asked whether ministers would consider a winter lockdown if Covid-19 cases rise, the PM's official spokesman told reporters: “We are in a very different place than where we were previously when other lockdowns were introduced, thanks to the success of our vaccine programme and other things like therapeutics treatments for coronavirus.

“We would only ever consider those sort of measures as a last resort and we will set out in more detail tomorrow what our approach will be should we see a significant increase in cases.”

Ahead of tomorrow's announcement, a Cabinet officer suggested that the government was considering some measures to prevent infection over the coming months.

Work and pensions secretary Therese Coffey said some regulations may still be needed over the winter months.

Asked about maintaining the work-from-home advice, she told BBC Breakfast of the need to keep some rules on the table, adding: “Whether that’s with what you just mentioned or making sure statutory sick pay can be paid from day one rather than day four, as tends to happen in more regular times.

“These are the sensible measures I think that we’re going to keep.”

On the issue of masks, she added: “The Prime Minister will be setting out the Covid winter plan tomorrow. I think my approach, and I see that with a lot of employers’ organisations, is about having a situation-specific approach.”

In England, the legal requirement to wear a mask in certain public spaces has ended, but the government recommends coverings in crowded spaces such as on public transport.

A booster vaccine programme for the most vulnerable is expected to form a central part of Mr Johnson's plans for winter.

Today, Mr Johnson told reporters that booster jabs for adults were “going ahead” and had “already been approved”.

The government is yet to set out plans for a booster vaccination roll-out, but ministers had previously suggested it will begin this month.

It is likely Mr Johnson will finally set out further details of his plans during tomorrow's announcement.

Professor Neil Ferguson, a member of Sage, said evidence from Israel suggested booster shots for a wider population were “very effective at further driving down transmission and infection”.

The UK’s four chief medical officers said today that children aged 12 to 15 should be offered a first dose of the Pfizer/BioNTech vaccine to reduce potential transmission in schools.

It comes after the scientists were asked to look at the wider benefits of vaccinating children after the Joint Committee on Vaccination and Immunisation (JCVI) said they would not be recommending the jabs based on the health benefits alone.

A spokesperson for the Department of Health has said that the government will be setting out its decision on the new advice shortly.

The decision means that Mr Johnson could potentially incorporate jabs for healthy 12 to 15-year-olds into his winter Covid plans, if ministers decide to accept the new advice.

Ministers have already suggested that jabs could be offered in schools if the roll-out is extended to healthy children.

The NHS in England had already been asked to prepare to roll out vaccines for all 12 to 15-year-olds in the event that the CMOs recommend the programme.

It was announced over the weekend that plans for vaccine passports for nightclubs and other large crowd venues in England have been shelved.

Health secretary Sajid Javid said on Sunday that vaccine passports were a “huge intrusion into people’s lives” and there were no current plans to go ahead with them.

Pressed on the issue today, Mr Johnson said ministers want to "avoid vaccine passports, if we possibly can".

“That’s the course we’re on but I think you’ve got to be prudent and you’ve got to keep things in reserve in case things change," he added.

The Scottish Parliament voted last week to bring vaccine passports in for nightclubs and larger events from October 1.

A decision in Wales is expected shortly, while ministers in Northern Ireland are yet to reach an official position.

Reports suggest that the government is looking to scrap the traffic light system which currently determines restrictions on testing and quarantine for each country.

The government has reportedly asked senior travel industry leaders to make proposals for a new system to replace it - but the red list of countries is set to remain in place.

Mr Javid has also said he wants to remove the need for PCR tests for travel “as soon as I possibly can”.

Covid laws that are no longer required are reportedly set to be ditched under the government's new plans.

The government is expected to abolish emergency powers that allowed police to detain infectious people and close businesses.

Mr Johnson said: “Thanks to the efforts of the public, the NHS and our phenomenal vaccination programme, we reached Step 4 in our road map and life has returned to a sense of normality.

“These extraordinary times required necessary but intrusive measures. But I’m determined to get rid of any powers we no longer need because of our vaccine defences."