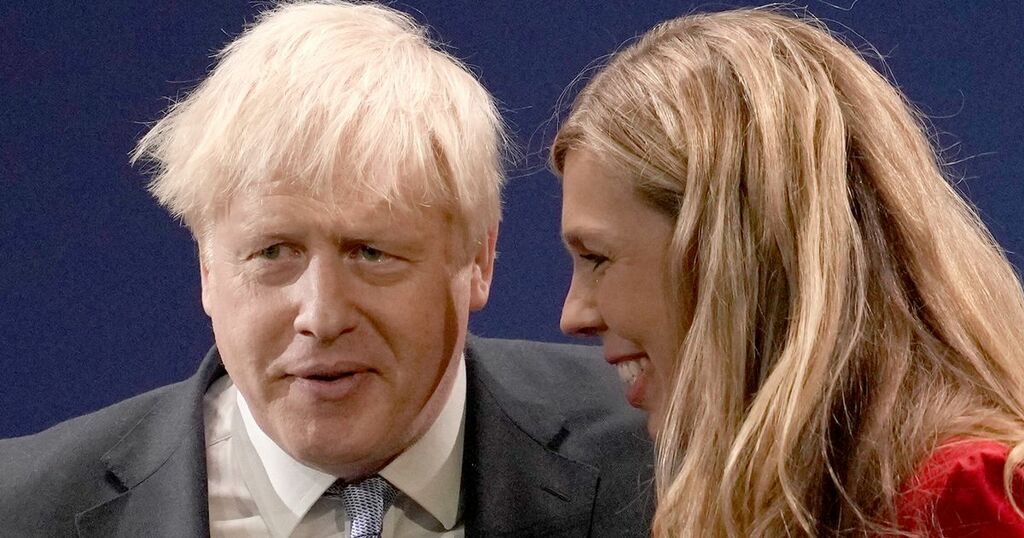 Boris Johnson has repeatedly failed to deny attending a "BYOB" drinks party in the Downing Street garden during the first lockdown.

The Prime Minister reportedly attended the event with wife Carrie on May 20 2020, which was described by a source as a "proper booze up".

Outdoor gatherings were banned in England at the time under Covid rules.

Fresh allegations of a potentially rule-breaking gathering emerged from ex-Downing Street aide Dominic Cummings, who has gone to war with his former boss since leaving Government in November 2020.

Three sources told the Sunday Times that the PM's principal private secretary, Martin Reynolds, invited officials to the events by email urging them to "BYOB", meaning bring your own bottle, or booze.

Top civil servant Sue Gray is investigating the May 20 gathering for her inquiry into Westminster parties during the pandemic.

Mr Johnson dodged questions over the event on a visit to a vaccination clinic on Monday.

Asked if he and his wife Carrie attended, Mr Johnson said: "All that, as you know, is the subject of a proper investigation by Sue Gray."

Pressed on whether he had been interviewed by Ms Gray, he said: "All that is a subject for investigation by Sue Gray."

Downing Street also refused to comment on the allegations.

The Prime Minister's official spokesman said: “As I’ve made clear before there’s an independent process going on to look into this led by Sue Gray and I can’t comment further while that’s taking place.”

Ms Gray is already understood to be looking into four events first revealed by the Mirror - three in Downing Street and one at the Department for Education.

She is also said to be planning to interview staff involved in a gathering in the Cabinet Secretary's private office in December 2020 and also a leaked picture of the PM and staff enjoying wine and cheese in the No 10 garden in May 15 2020.

Ex-No10 aide Dominic Cummings - who was pictured at the May 15 event - insisted it was allowed as it was a work meeting.

But he claimed that he and another special advisor had warned that the May 20 gathering was against the rules.

In a post on his Substack newsletter, he wrote: "We were ignored. I was ill and went home to bed early that afternoon but am told this event definitely happened."

Two days after the alleged party, the Mirror revealed Mr Cummings had himself made a lockdown-busting trip to Durham.

Labour leader Keir Starmer said the PM would have "very serious questions to answer" if the inquiry found he had attended one of the parties.

Asked whether Mr Johnson would have to resign, Mr Starmer said: "We need to let the inquiry take its course, see what the findings are.

"The Prime Minister has insisted he broke no rules, so if the finding is that he did then he will obviously have very serious questions to answer."