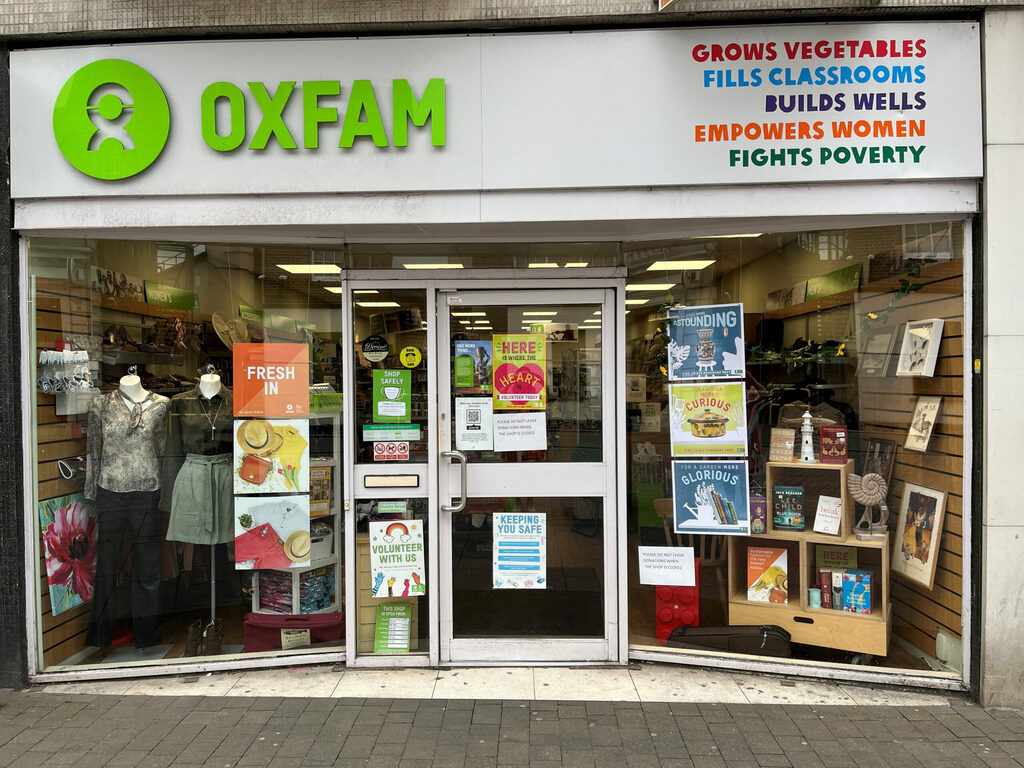 Cashing In: A Rare 100 Pounds Banknote Found In A Charity Shop Has Sold For Over 170 000 Dollars
Paul Wyman spotted an unusual banknote in a box of donated items and decided to contact an auction house in…

Zenger
Read news from The Economist, FT, Bloomberg and more, with one subscription
Learn More
Riding the rails with YouTube's hobo vloggers

Input
The Problem With Wills

The Atlantic
It’s primary day in five states
Welcome to the Tuesday, May 17, Brew.

There was a time, not so long ago, when politicians imbued with a belief in their ability to change the world would take to the road, making stump speeches and kissing babies and the like.

That still happens, of course. But things are changing. And if U.K. prime minister Boris Johnson is anything to go by, the 21st century equivalent of convincing people with the might of rhetoric has been replaced by an altogether more prosaic alternative: Setting up a TikTok account.

Yesterday, Number 10 Downing Street — the U.K. equivalent of the White House — launched its profile on TikTok. The first video put U.K. prime minister Boris Johnson front and center, with the tousled-haired leader promising not to inflict his (disturbing) dance moves on TikTok’s user base.

“You won’t necessarily catch me dancing on this site, but you will have all sorts of stuff about what we’re doing to deliver on our priorities, deliver for you on our agenda of uniting and leveling up our country,” he promised, in a far-from-user-friendly monologue that stands out (in a bad way) from the rest of most people’s For You feed.

On the face of it, Johnson joining TikTok appears patently absurd, much like the man himself. The U.K.’s Mirror tabloid newspaper called the move “an absolutely fatal error,” and supposedly pro-Johnson upstart TV news station GB News deemed the whole thing “cringeworthy.” The comments from users, not surprisingly, tended toward the unkind.

And the critics have a point. “This is intended to be a place where we can put out messages and behind-the-scenes insights into what we’re getting done,” Johnson said in his first video. “So tune in to Number 10 TikTok.” This is absolutely the wrong way to go about the app.

Part of TikTok’s secret sauce is its interactivity and authenticity. Simply using the platform as another place to spout talking points that promote the government’s agenda is a surefire way to ensure Downing Street’s early viral success — more than two million people watched the first video — will not be sustained.

Judging by the second TikTok to come out of 10 Downing Street, that will likely be the case. It is a slick, if barely comprehensible, video touting a longer interview that Johnson and his treasury secretary, Rishi Sunak, have conducted — on YouTube, a social media faux pas any user knows is a no-no. (YouTube videos and TikToks are entirely different, and encouraging users to leap from one to another is considered a drastic shift.)

Steven Buckley, an associate lecturer at the University of West of England who studies political communication, says he has little faith in “this latest gimmick.” “If Number 10 thinks that having a presence on TikTok is going to be a useful or important way to reach the public and let them know how their government is serving them, they are wildly mistaken,” he says.

Number 10 Downing Street did not respond to a request for comment for this story, but a former Number 10 senior communications staffer, who requested anonymity because their current job would be unlikely to approve them speaking publicly, says that there is a halo benefit to being on TikTok. “It’s not unhelpful to be seen to be using modern technology,” they say. “There is going to be some wider brand benefit from being seen to be going on it.”

If 10 Downing Street did TikTok correctly — by more genuinely engaging with the norms of the platform and its users — it could actually be a huge win. The platform has more than a billion users worldwide, and 23 million across the U.K. — fully one-third of the entire population there. And despite the stereotypes, not all of them are dancing teenagers. While 56 percent of TikTok users in the U.K. are ages 16 to 24, that means 44 percent aren’t.

“Any right-minded communications person in any government who wants to get their message out needs to use the channel that’s going to reach the people you want to get your message out to,” says the former staffer.

Politicians need to be on social media, agrees Buckley. “It is no longer sufficient to simply hear what people are saying on the doorstep,” he says. “Whether they like to admit it or not, politics has become more nationalized in the past decade and understanding what the whole public feels rather than just your local constituency is vitally important for any [member of parliament] to understand what policies they should be fighting for.”

And social media, increasingly, is TikTok. Of course, succeeding on the platform is far easier said than done.

The anonymous former communications staffer emphasizes that there are risks involved in joining TikTok. “You’ve got to make sure you’re credible,” they say. “When you go on these platforms and try new methods of communication, there’s the risk of falling on your face and becoming a laughingstock. That’s always the risk. But in principle, you’ve got to use the tools at your disposal to get the message across.”

Some politicians have used social media well as a method of communicating their ideas to the electorate. One of the best examples? Donald Trump, whose use of Twitter helped propel him into the White House. (He looks likely to return to the platform now that Elon Musk is taking over.)

Congresspeople Alexandra Ocasio-Cortez and Ilhan Omar have shown themselves to be skilled users of Twitter, Instagram, and Twitch. Even European technocrat Thierry Breton has managed to figure out how to make social media work (after a fashion); an awkwardly shot video of him bringing Musk to heel proved an unexpected hit this week.

A rare few even manage to use TikTok well. Zarah Sultana is a 28-year-old U.K. member of parliament for the opposition Labour Party in Coventry South. She was awarded the title Young People’s MP of the Year in 2021, in part because of the way she communicates with the electorate through TikTok.

Sultana, like AOC and Omar, is tech-savvy and skilled at the ways of communicating that social media requires. For instance, she manages to break down why government policies are — in her view — harmful in a short, snappy way that fits in with the firehose of content on the For You feed.

Even at the highest levels of government, it is possible to learn how to use social media in an effective way (or perhaps have your staff tell you how). Indonesian President Joko Widodo has nearly three million subscribers on YouTube, and is followed around by a camera crew that captures behind-the-scenes moments, just as Johnson promised his TikTok presence would provide. The accessibility that the videos provide have endeared Widodo to his voter base.

TikTok declined to answer Input’s questions about the U.K. government account, including whether it had helped or advised on how to produce shareable content and whether it played a hand in directing two million people to Johnson’s first video. However, the former government communications staffer says that there could have been input from the platform. They add that internal government approval would likely have required the submission of a paper proposing the pros and cons of joining TikTok, signed off by senior staff or the prime minister himself.

Given the downsides to doing TikTok wrong — the U.K. government’s account has been bombarded with negative comments about the cost of living and a recent scandal in which Johnson was fined by police for breaking his own lockdown rules — should Joe Biden get on the platform?

“I don’t think it would necessarily do any harm to his brand if Biden were on TikTok,” says Buckley. “If anything, I would suggest it could be used to show off his fun, caring side if he decides to run for reelection in 2024. TikTok is better geared towards campaigning than it is for governing.” Just as you campaign in poetry and govern in prose, the finer details of policy don’t translate well on a platform like TikTok.

And given Biden’s likely Republican opponent’s social media savvy, it’s certainly him giving TikTok a try. So long as he takes a cue from his British counterpart and promises not to dance.