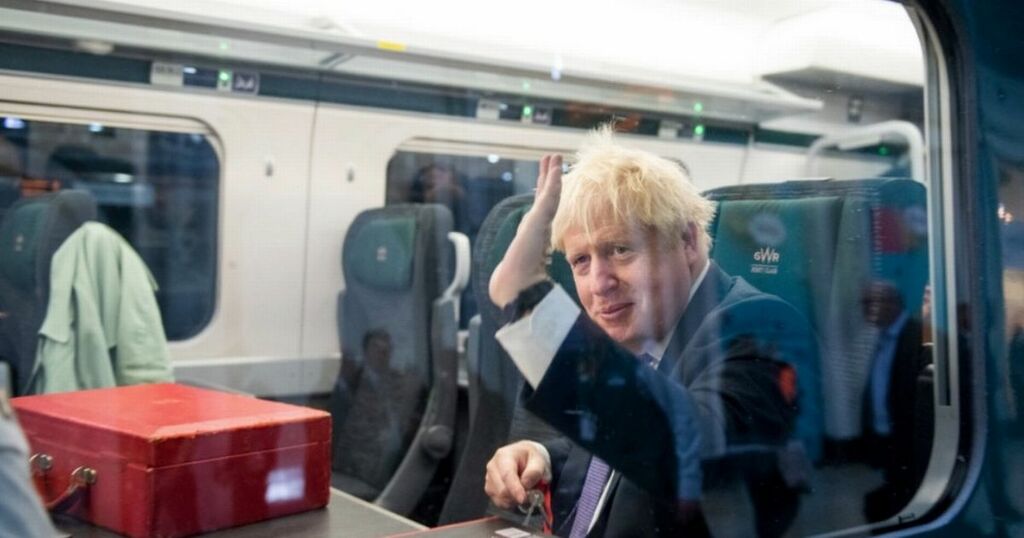 Boris Johnson will hold a green-themed Cabinet meeting away from Downing Street after returning from his luxury Spanish holiday to a crisis-hit UK.

Ministers will gather in Bristol, with the Prime Minister claiming the UK is a beacon for green investment as he tries to strike an upbeat tone ahead of the COP26 UN climate change summit in Glasgow later this month.

The PM will chair the meeting after a week of relaxing at a villa in Marbella, while businesses and consumers in Britain grappled with a fuel crisis, rising energy bills and a supply chain nightmare.

Labour's Ed Miliband led a chorus of criticism of Mr Johnson this week, telling the PM to "get off his sun lounger and be a statesman" or risk the key global summit in Glasgow becoming a "greenwash" of "inaction" on climate change.

Mr Johnson will use the meeting on Friday, however, to claim “British zeal for innovation and commerce” have put the UK at the forefront of a green industrial revolution.

He will say that since November 2020, there has been some £5.8 billion of investment either already landed by the UK or committed adding it has secured 56,000 jobs.

Ahead of the summit the Government is expected to publish its long-awaited net zero strategy, setting out how it will cut greenhouse gas emissions by 2050.

It comes as the White House confirmed President Joe Biden would be among the world leaders attending COP26 later this month.

“We are at the forefront of seizing these new opportunities, supported by major Government investment and a British zeal for innovation and commerce.”

Mr Biden will be one of around 120 leaders set to attend the world leaders’ summit at the start of the two-week conference, which aims to drive action to curb global warming and avoid its most dangerous impacts.

He will come to the UK for two days after attending the G20 leaders’ summit in Rome, which will also be attended by Prime Minister Boris Johnson.

The US charge d’affaires, Philip Reeker, said in a tweet: “It’s official – President Biden will travel to Scotland for Cop26.

“The gathering in Glasgow will be a pivotal moment on the road towards a more secure, prosperous, and sustainable future for our planet.”

Among investments highlighted by the Government were Nissan and Envision’s commitment to an electric vehicle hub in Sunderland, chemical giant Ineos’s £1 billion plan to convert its Grangemouth refinery to run on hydrogen and the £100 million announced by Vauxhall’s parent firm Stellantis to turn the Ellesmere Port plant into a dedicated electric vehicle factory.

The Cabinet meeting comes ahead of a Global Investment Summit taking place in London next week, aimed at attracting further overseas cash.