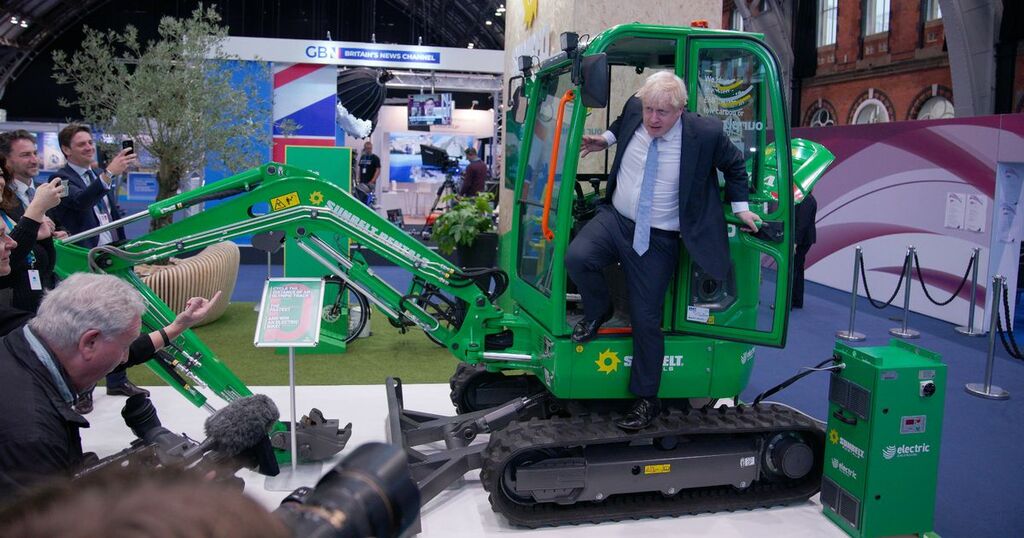 Boris Johnson has defended the £20-a-week cut to Universal Credit, arguing that the taxpayer should not subsidise low wages through the benefits system.

The Prime Minister has set out a vision for the UK to be a "high skill, high wage" economy, arguing that cheap labour from overseas has allowed businesses to avoid investing in their workforces and infrastructure.

The withdrawal of the £20 Universal Credit uplift – a temporary measure introduced during the pandemic – will occur on Wednesday, the same day Mr Johnson addresses the Conservative Party conference at a time when the cost of living is rising.

He said longer-term measures to improve housing supply and move away from fossil fuels will help reduce household bills in the long term.

But with families facing rising energy bills and the prospect of increased wages feeding through into higher prices, the PM defended the government's actions.

Speaking to LBC, he insisted that supply chain issues in the supermarkets and petrol stations were the result of the global economic revival after the pandemic.

"I understand that people feel times are difficult at the moment because we have got an economy that's coming out of a very tough period with the Covid pandemic and it's growing strongly now," he said.

"We've got the fastest economic growth in the G7."

Mr Johnson said there was a £500 million hardship fund, an increase in childcare provision, an increase in the local housing allowance and warm homes discount to help people who were struggling.

But on the Universal Credit cut, he said: "What we won't do is take more money in tax to subsidise low pay through the welfare system."

Universal Credit is paid to people who are out of work or on low incomes.

Mr Johnson added: "This government is doing the difficult, long-term things. We got Brexit done, which was a very difficult thing to do, and we are now going to address the big, underlying issues that face the UK: long-term lack of productivity, long-term lack of investment in energy and infrastructure.

"We are going to fix that.

"That will have a big downward pressure on costs and that is the way to tackle inflation."

The Prime Minister's "levelling-up" agenda is set to be at the heart of Wednesday's keynote speech in Manchester.

He indicated there would be confirmation of support for the Northern Powerhouse Rail project running across northern England, although there has been widespread speculation that the eastern leg of the HS2 scheme from Birmingham to Leeds could be in doubt.

There would be "quite a lot" on Northern Powerhouse Rail, Mr Johnson said.

"It's an enormous project. It's the biggest ever investment in the railways and it will benefit areas that have not been levelled-up, that have not had attention for years," he said.

Seeking to explain what levelling-up means, he said: "I think there is talent and genius and imagination and creativity everywhere in this country, but opportunity is not evenly distributed."

That required reforms of education, skills training and "huge investments in infrastructure", he said.

Asked if he was considering a 2023 election, Mr Johnson said "nobody is thinking about that right now", adding: "We are focusing on the job in hand, we are getting on with uniting and levelling-up. Education, infrastructure, technology."

As part of his plan to boost wages, there has been speculation that the PM might use his speech to announce a hike in the minimum wage.

Mr Johnson would not be drawn on the prospect, insisting the Low Pay Commission "has to report in the normal way and we will look at what they say".

But he hinted that fuel duty may once again be frozen to ease pressure on motorists who have been hit by rising prices and shortages, insisting: "We don't want to raise tax of any kind."