Boris Johnson has agreed to tender his resignation as Prime Minister following days of intense pressure from his own MPs.

Mr Johnson's leadership has been hanging in the balance in recent days following a string of resignations from Cabinet ministers. Pressure on the PM ramped up over his handling of the row involving his former deputy chief whip Chris Pincher.

Since then, dozens of ministers and parliamentary aides have also announced their departures as the number of MPs quitting government and party posts this week topped 50.

Despite the exodus and a delegation of Cabinet ministers telling him he should go on Wednesday, Mr Johnson remained defiant.

However, he has now given into the pressure and announced his departure from Number 10 after the new Chancellor Nadhim Zahawi told the PM he should “leave with dignity” and “go now”.

Mr Johnson was elevated to the position of Prime Minister in July 2019 after he was voted leader of the Conservative Party following the resignation of Theresa May.

He secured his leadership in the 2019 December general election where the Conservative Party celebrated its biggest majority since Margaret Thatcher was in power in 1987.

The win was made all the more impressive as it saw the Tories take a number of seats in traditional Labour heartlands, including Leigh and Heywood and Middleton in Greater Manchester.

Since then, he led the country through the Covid-19 pandemic, although with controversy and scandal following him for most of the way.

The Prime Minister’s authority was damaged earlier this year after it emerged that a series of parties were held at Downing Street during lockdown.

The Sue Gray report criticised the leadership that allowed the parties to take place. In June, a confidence vote saw 41pc of his own MPs withdraw their support of Mr Johnson's leadership.

The loss of crunch by-elections in Wakefield and Tiverton and Honiton later that month also triggered the resignation of party chairman Oliver Dowden, while there is still lingering anger over coronavirus lockdown-busting parties in Downing Street.

His leadership was put under further pressure when Mr Pincher quit as deputy chief whip last week following claims that he groped two men at the upmarket Carlton Club. It later emerged Mr Johnson knew about allegations against him as far back as 2019. The Prime Minister acknowledged he should have sacked Mr Pincher when he was found to have behaved inappropriately when he was a Foreign Office minister in 2019, but instead Mr Johnson went on to appoint him to other government roles.

No 10 had initially claimed Mr Johnson had not been aware of any “specific allegations”, after Mr Pincher’s dramatic resignation. By Monday that line had evolved to acknowledge the Prime Minister was aware of “allegations that were either resolved or did not progress to a formal complaint”.

Mr Johnson denied lying to his aides about the situation. The admission that Mr Johnson forgot about the earlier complaint came after the former top civil servant at the Foreign Office, Lord McDonald, said the original No 10 account was “not true” and the Prime Minister had been briefed “in person”.

As well as the Foreign Office complaint, Mr Johnson was also informed about another allegation against Mr Pincher at the time of the reshuffle when he was made deputy chief whip in February 2022, although this claim was “not taken forward”, according to No 10. A third incident, the one which triggered Mr Pincher’s resignation, is now being examined by Parliament’s Independent Complaints and Grievance Scheme (ICGS).

In an incendiary resignation letter on Tuesday, Mr Sunak said “the public rightly expect government to be conducted properly, competently and seriously”, adding: “I believe these standards are worth fighting for and that is why I am resigning.”

Meanwhile, Mr Javid said the British people “expect integrity from their government” but voters now believed Mr Johnson’s administration was neither competent nor “acting in the national interest”.

Mr Zahawi was swiftly appointed to replace Mr Sunak as chancellor but has turned on the PM less than 48 hours on. In an extraordinary statement, he said he had made clear privately to Mr Johnson that he should go but “I am heartbroken that he hasn’t listened and that he is now undermining the incredible achievements of this Government at this late hour”.

He added that the country “deserves a Government that is not only stable, but which acts with integrity”. Mr Zahawi has not resigned but Michelle Donelan, who was also only appointed on Tuesday night, quit as Education Secretary.

Brandon Lewis quit his Cabinet post as Northern Ireland Secretary, telling the Prime Minister the Government requires “honesty, integrity and mutual respect” and it is “now past the point of no return”. Michael Gove was also fired as communities secretary on Wednesday evening, with No 10 sources describing him as a “snake” who had briefed against Mr Johnson. 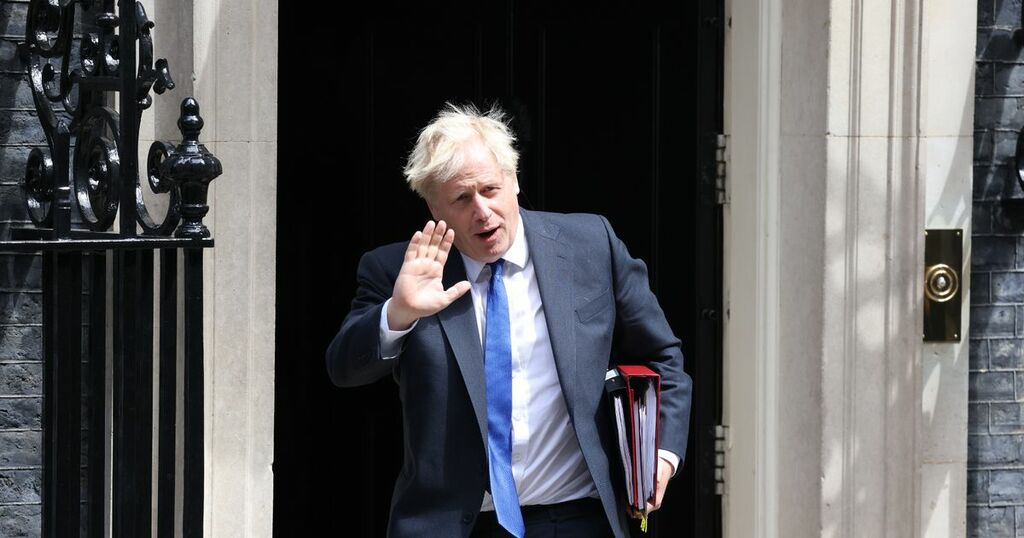 Boris Johnson has spoken to Tory 1922 Committee chairman and agreed to step down as Prime Minister, a No 10…

British Prime Minister Boris Johnson will make a statement to the nation on Thursday, a spokesperson for his Number 10…

Axios
One subscription that gives you access to news from hundreds of sites
UK: Boris Johnson to resign as Prime Minister, say sources