A Boeing 737 aircraft worth up to £90 million was written off after a heavy landing at Exeter Airport. The plane was left leaning on one side with its fuselage bent, reports Devon Live.

A new government report into the incident in January last year says it was a result of the crew continuing their landing approach in the early hours of the morning after the aircraft had become “unstable”. The damage could have been reduced, says the report, if the co-pilot who was in control had decided to abort the landing and go around again.

She could also have handed control to the aircraft’s commander, who said in hindsight he should have gone around for another attempt at the landing. Since the landing, new rules have been introduced including only the flight’s commander landing the plane.

After the hard landing the aircraft was listing to the left, and the crew realised there was something “seriously wrong” with it. The fuselage skin behind the wings was cracked and buckled, and the rear fuselage was bent downwards. Oil was dripping from several areas and landing gear was distorted, giving the aircraft a lean to the left. Debris and hydraulic oil were left on the runway.

The jet-engined aircraft was operated by Swedish-based West Atlantic and carrying cargo at the time, with just two crew members on board. The incident happened as the plane came in to land at Exeter just after 2.30am on January 19 2021.

Built in 1994, the aircraft was said to have been “damaged beyond economical repair” after the landing, in which no-one was injured. A new 737 can cost up to £90m.

The investigation has been carried out by the Government’s Air Accident Investigation Branch, which probes all incidents involving aeroplanes and helicopters of all sizes.

The report, just published by the AAIB, says the aircraft was on an instrument landing approach to Exeter, and became “unstable” after the crew had declared it stable and decided to continue their approach. In the last 500 feet the rate of the aircraft’s descent exceeded maximum limits four times, three times with an alert sounding in the cockpit.

The crew had been scheduled to make two cargo flights from Exeter to East Midlands Airport near Nottingham on the night. The aircraft’s commander, who had put in 9,000 of his 15,000 flying hours on Boeing 737s, said the aircraft had “stopped flying” and “dropped” onto the runway so quicky he felt it was too late for him to call for a go-around and try another landing, or take control.

He added that in hindsight a go-around should have been initiated at that point, but the aircraft would have more than likely touched down during the manoeuvre. The co-pilot, whose 19,000 flying hours included more than 5,500 on 737s, said she did not know what had caused the hard landing but did not believe there was a technical issue.

"It is possible this may have led to him to feel that the co-pilot was able to handle the situation and so did not call a go-around or take control.” It also points out that the co-pilot had had a similar experience of a “Sink Rate” alert during a training flight

The report concludes: “The aircraft suffered a hard landing as a result of the approach being continued after it became unstable after the aircraft had passed the point where the crew had declared the approach stable and continued. Despite high rates of descent being observed beyond the stable point, together with associated alerts the crew elected to continue to land.

"Had the approach been discontinued and a go-around flown, even at a low height, while the aircraft may have touched down the damage sustained may have been lessened. The commander may have given the co-pilot the benefit of doubt and believed she had the ability to correct an approach that became unstable in the final few hundred feet of the approach. However, had there been any doubt, a go-around should be executed.”

Since the incident, West Atlantic has instructed crews that only the flight’s commander can land a plane at Exeter Airport. Its operating manuals have been amended and “robust mechanisms” have been introduced to monitor trends in pilots’ performance. 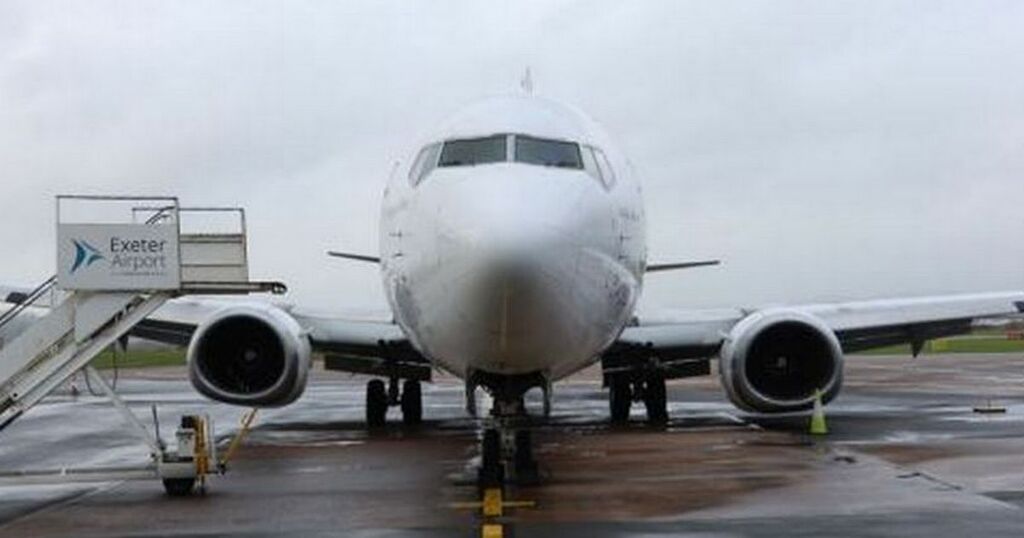 Daily Mirror
From analysis to the latest developments in health, read the most diverse news in one place.
Three in-flight engine shutdowns spark probe in India