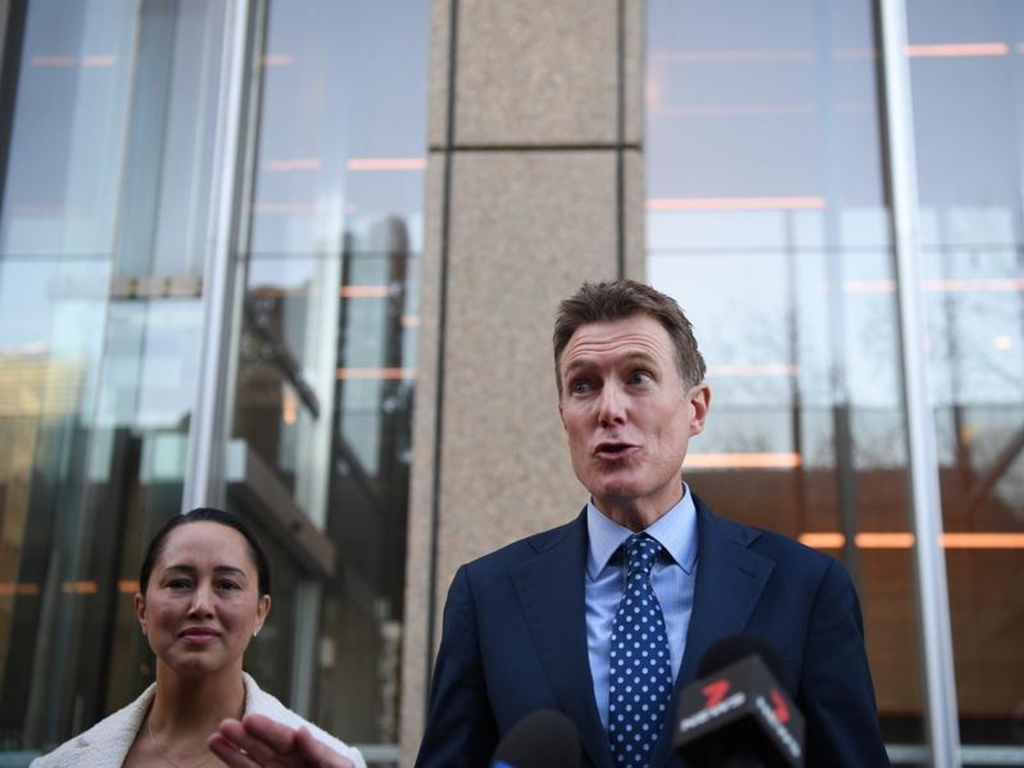 A blind trust covered some of former federal attorney-general Christian Porter's defamation claim against the ABC, leading Labor to claim an "outrageous abuse of his office".

Mr Porter revealed how his legal bills were being paid in his latest register of interests, published on Tuesday.

In addition to his own funds and a payment from the ABC as part of the negotiated settlement, the West Australian MP said a "part contribution" came from a blind trust known as the Legal Services Trust.

"As a potential beneficiary, I have no access to information about the conduct and funding of the trust," he said.

Mr Porter sued the ABC in March over a story that revealed a now-deceased woman's historical rape allegation against a cabinet minister.

The minister emphatically denied the allegation and the case settled before trial, with the ABC paying $100,000 in costs and agreeing to put editor's note alongside the online story, stating regret that some readers misinterpreted the article as an accusation of guilt against Mr Porter.

Mr Porter's register of interests statement also mentioned his barrister Sue Chrysanthou had not charged for every hour she had worked on the case "consistent with her practice for individual clients".

It's also consistent with Ms Chrysanthou's statement in a related case before the Federal Court that she had worked but not charged for dozens of hours "having regard to the fact my client is an individual and that the number of hours spent on the matter is already significant."

"Although all of the above contributions were made to me, or were for my benefit, in a purely personal capacity, in the interest of transparency and out of an abundance of caution I make this disclosure," Mr Porter said.

Ms Chrysanthou and solicitor Rebakah Giles declined to comment when approached by AAP on Tuesday.

Labor has demanded answers on who was behind the blind trust.

"Christian Porter's claim to have no idea who funded his million-dollar legal case is an outrageous abuse of his office," shadow attorney-general Mark Dreyfus QC said.

"The Australian people need to know who set this trust up, who funded it, how much they donated, and whether they expected to get anything in return for these donations.

"If Mr Porter genuinely doesn't know who his donors are he shouldn't accept their money."

A spokesman for Mr Porter told AAP the minister's disclosure was "in accordance with the requirements of the register and consistent with previous members' disclosure of circumstances where the costs of personal legal matters have been mitigated by contributions or reductions in fees".

"No taxpayers' funds were used in meeting the costs of the minister's actions against the ABC and Milligan, which have now concluded," the spokesman said.