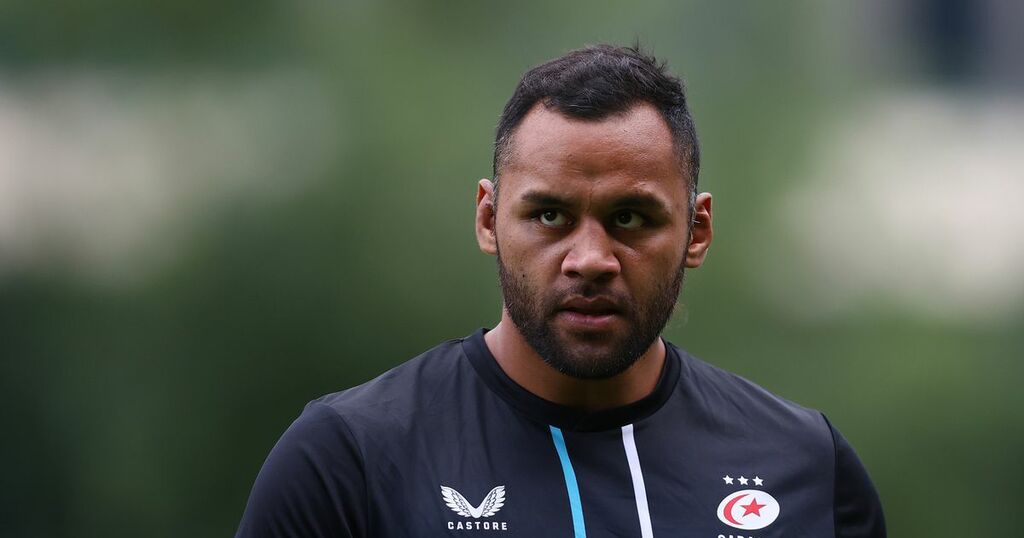 Saracens mark their official return to the Premiership on Friday when they open the new season at Bristol Bears, and Billy Vunipola has more reason than most to be excited for the restart.

Having missed out on the British and Irish Lions ’ tour of New Zealand in 2017 due to a shoulder injury, the 28-year-old was left out of Warren Gatland ’s squad for this year’s series defeat in South Africa.

That’s left Vunipola without a lot of rugby to play over the summer, having also been absent from Eddie Jones ’ England plans for July Tests against Canada and the United States.

It wasn’t long ago Vunipola was—and still may be—considered an undroppable asset for club and country, but a disappointing 2021 Six Nations was a key factor in him missing out on a Lions call.

Saracens director of rugby Mark McCall is in no doubt regarding the No. 8’s physical condition, however, as the Premiership title favourites look to live up to the hype upon their return.

“He has got the bit between his teeth and he is as fit as I have seen him for a long time,” McCall told the Evening Standard.

“His leadership during the course of the pre-season when other senior players have not been here has been wonderful so we are looking forward to seeing him get stuck in.

“He is exactly the weight we want him to be, he has trained really hard and not had any hiccups in pre-season. He can hit the ground running now.”

The five-time champions are back in England’s first tier after gaining promotion from the Championship last term, having been relegated in 2020 for multiple salary cap breaches.

Vunipola—along with brother Mako—was one of the stars who remained at the club during their second-tier season and helped bounce Sarries back to the Premiership at the first time of asking.

It poses big questions as to what we’ll see from the side considered title frontrunners with most bookmakers, and Vunipola has all the motivation he needs to reach new heights.

As for the toll it’s taken on his player to have missed out on another Lions tour, McCall suggested he holds doubts as to whether his player has truly moved past the regret.

“I am not sure he definitely is [over missing Lions],” the coach continued.

“I haven’t talked to him a lot about it over the past couple of months. I know he was hugely disappointed not to go and sometimes those things take time to get over.”

That pill would have been all the more bitter considering brother Mako was one of five fellow Saracens who did make the cut, including England team-mates Owen Farrell and Maro Itoje.

Elliot Daly and Jamie George were also part of the travelling contingent in South Africa, proof that playing in the Championship certainly didn’t preclude those at StoneX Stadium from taking part.

Vunipola’s cousin, Wales international Taulupe Faletau, was also summoned to play for Gatland, providing another close link to make his absence that much more difficult.

Sarries fans will hope their talisman can turn that fury into fuel for the coming campaign, where the club will look to lift the Premiership crown for the first time since 2019.

Flanker Ben Earl and utility back Max Malins will help that cause after returning on loan from Bristol, the club against whom Saracens will open their season.

Alex Goode is also set to return to the London club after spending a temporary spell with Japanese outfit Green Rockets Tokatsu.

Vunipola will have one more opportunity to tour with the Lions when they travel to his birth nation, Australia, in 2025, and his road to redemption gets underway at Ashton Gate on Friday.