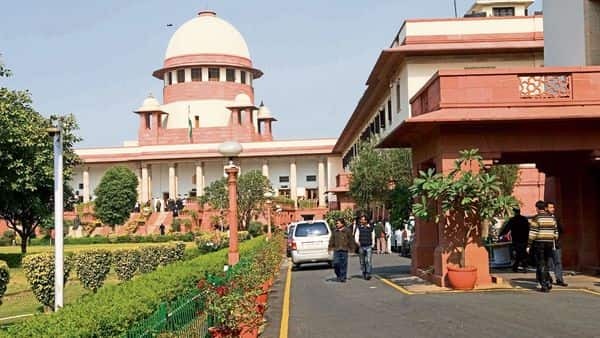 In a major relief to Future Group, the Supreme Court on Thursday stayed all proceedings before the Delhi High Court in matter related to the implementation of an award by Singapore's Emergency Arbitrator (EA) restraining Future Retail Ltd (FRL) from going ahead with its ₹24,731 crore merger deal with Reliance Retail.

A Bench, headed by Chief Justice of India NV Ramana, in a consent order, has directed NCLT, SEBI and CCI not to pass any final order relating to the case for four weeks.

The SC Bench has passed the above order in the special leave petitions filed by Future Coupons Private Ltd and Future Retail Ltd against the Delhi HC order that directed the attachment of assets of Future group firms and its promoters Kishore Biyani and others for breach of the Emergency Award.

The SC has also issued a notice on a plea by Future Group against Delhi HC's order of attachment.

It considered the statements of senior advocates Harish Salve and Mukul Rohatgi, appearing for FRL and Future Coupons Private Ltd (FCPL), respectively, that the arbitrator has reserved the final verdict in the case after hearing both sides.

Senior advocate Gopal Subramanium, appearing for US-based e-commerce giant Amazon which has challenged the merger, said that it was not interested in any punitive action against FRL, FCPL and their Directors and consented to passing of the order staying the proceedings before the Delhi High Court.

The FRL and FCPL have moved the SC against the Delhi HC order of 17 August, which said that it would implement the earlier order by its single-judge, restraining FRL from going ahead with the deal in pursuance of the EA’s award.

Earlier in March this year, the Delhi HC had directed for attachment of assets of FRL and FCPL.

Amazon dragged Future Group to arbitration at Singapore International Arbitration Centre (SIAC) in October 2020, arguing that FRL had violated their contract by entering into the deal with rival Reliance.

On 6 August, the top court gave the verdict in favour of Amazon and held that Singapore EA's award, restraining the ₹24,731 crore FRL-Reliance Retail merger deal, is valid and enforceable under the Indian arbitration laws.