Biden has found his bone to pick with the GOP: Voting rights 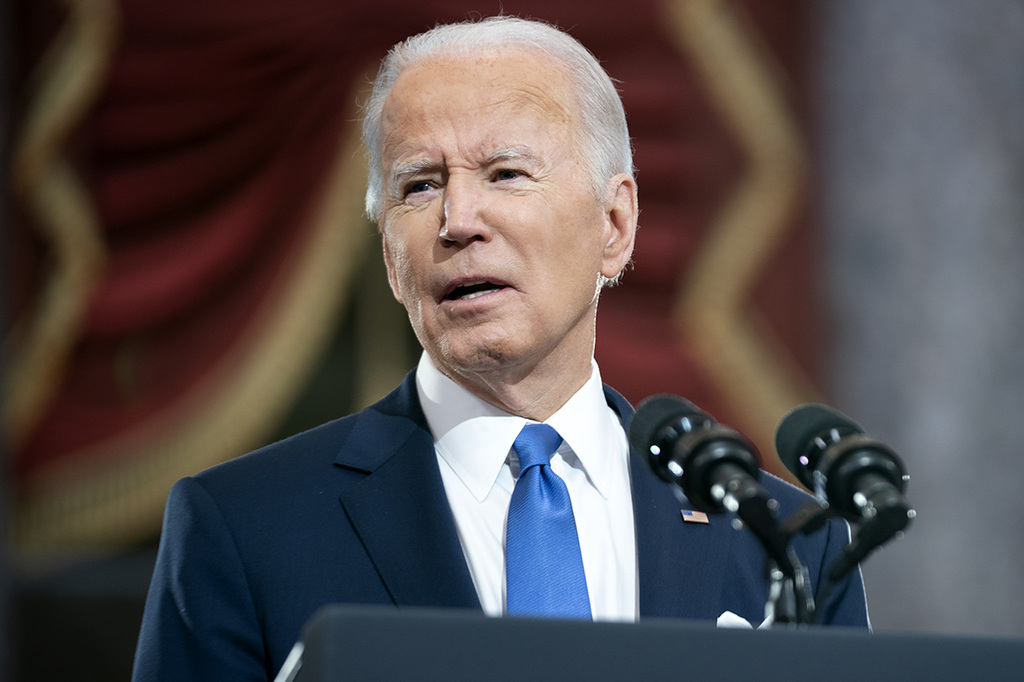 Days after going after Donald Trump for threatening America’s democracy, President Joe Biden will turn his sights on Republicans for pushing laws based on the former president’s lies of election fraud.

The president will take aim at GOP lawmakers in state houses and on Capitol Hill in his speech in Atlanta on Tuesday, calling on them to join Democrats in support of voting and elections reform bills. He will declare the current moment a “turning point” for the country.

“The next few days, when these bills come to a vote, will mark a turning point in this nation,” Biden will say, according to an excerpt of his prepared remarks provided by the White House. “Will we choose democracy over autocracy, light over shadow, justice over injustice? I know where I stand. I will not yield. I will not flinch. I will defend your right to vote and our democracy against all enemies foreign and domestic. And so the question is where will the institution of [the] United States Senate stand?”

Biden’s speech comes ahead of a push by Senate Democratic leaders to debate changes to the Senate’s filibuster rules in an attempt to create a legislative pathway for two bills — one aimed at restoring key sections of the 1965 Voting Rights Act and a second meant to end expand ballot access, as well as give local election administrators resources to prevent their removal for political reasons, among other provisions. Some Senate Republicans are currently engaged in talks with a small number of Senate Democrats about voter protections, including a modest change to election law that would deal exclusively with how contests are certified. The latter is a proposal the White House has dismissed as insufficient on its own.

Speaking at the Atlanta University Center Consortium, on the grounds of two historically Black colleges — Clark Atlanta University and Morehouse College — Biden will make clear that the only way to protect voting rights and ensure a secure election system is to pass the two bills, according to a White House official.

His address comes days after addressing the nation on the anniversary of the Jan. 6 insurrection. During that address, Biden said that American democracy is still under threat as Trump and his allies continue to spread lies about election fraud and insurrection itself. That speech was described by White House senior adviser Cedric Richmond as just the start of Biden’s push to “galvanize the votes” for voting rights legislation.

The Atlanta speech is the second act. According to the White House official, Biden will remind Republicans that reauthorization of the Voting Rights Act was often done through strong bipartisan majorities in the past. But due to current Republican opposition to the two bills, Biden will say that he supports changing Senate rules, describing current use of the filibuster as abhorrent.

Biden’s audience on Tuesday will be both the base voters and activists on the ground in Georgia as well as Democratic lawmakers in the Senate. The president is attempting to sway moderates in his party who are reluctant to change Senate rules. Ahead of Biden’s trip to Georgia, a number of Democrats appeared on the fence or unchanged by the president’s recent pressure campaign.