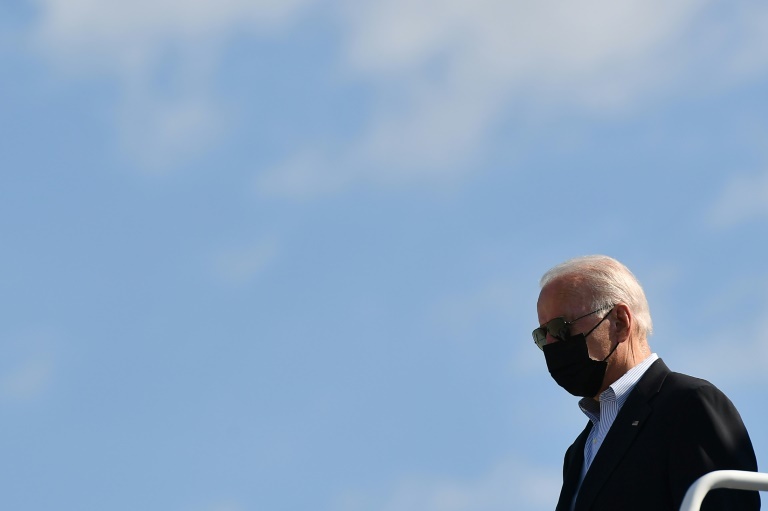 Washington (AFP) - US President Joe Biden will unveil a new strategy for trying to wrestle Covid-19 back under control in a speech Thursday that comes as his own political fortunes are slipping.

The White House says he will lay out a "six-pronged" plan.

This is likely to include reinforcing the growing trend toward limited vaccination mandates, although there is no plan for anything like a national vaccine passport.

One measure will be mandatory vaccinations for all federal employees, CNN reported.Currently, government workers either need to have a vaccine or submit to regular testing.

The administration's early success in rolling out vaccinations and promoting mask wearing gave Biden a lift after taking office.

After leading the world in coronavirus deaths under former president Donald Trump, the United States became a model for how to beat the pandemic.

On July 4, Biden even held a big White House barbecue to celebrate US Independence Day and freedom from lockdowns.

But the emergence of the hard-to-stop Delta variant over the summer has sent cases back to crisis levels, with hospitals in some states once more overflowing with the sick and dying.

Seeing his entire agenda on things like the economy or climate change overshadowed, Biden badly needs to change the pandemic's course or at least demonstrate he is in charge.

The strategy will involve both the public and private sectors, said a White House official, who spoke on condition of anonymity.

"As the president has said since day one, his administration will pull every lever to get the pandemic under control," the official said.

But much of the problem is beyond Biden's reach.

The federal government has distributed free vaccine supplies across the country, as well as becoming the world's largest donor to poorer nations.

However, state governments, notably in Republican Texas and Florida, have actively resisted imposing mask mandates, while swaths of their populations refuse to get vaccinated -- even as cases around them soar.

Biden and his supporters have taken to calling the current virus surge a "pandemic of the unvaccinated."

Despite the role played by Republican leaders, Biden, who is simultaneously taking a hit from the traumatic US exit from Afghanistan, is getting much of the blame.

In the latest Washington Post-ABC News poll, 52 percent approved of Biden's handling of the pandemic, down from 62 percent of adults in June.

Biden's overall approval average ratings are firmly below 50 percent for the first time in his presidency.

According to the Washington Post-ABC News survey, only 44 percent approve of his performance, compared to 50 percent in June.