Biden to meet with top executives on Covid-19 vaccine mandate 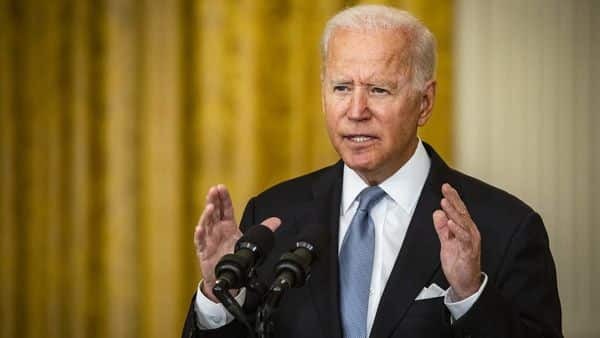 WASHINGTON : President Biden is expected to meet Wednesday with executives from companies including Walt Disney Co., Microsoft Corp. and Walgreens Boots Alliance Inc. to advance his Covid-19 vaccination requirements for the private sector.

The White House meeting comes after a plan Mr. Biden announced last week designed to bring the pandemic under control, which includes vaccine requirements affecting roughly 100 million workers. Attendees are expected to discuss how they are expanding requirements at their companies and institutions and how mandates have driven up vaccinations among employees, a White House official said.

“In order for us to get back to any kind of a normal business and life experience, people have to get vaccinated," said Columbia Sportswear Co. Chairman and Chief Executive Officer Tim Boyle, who is attending the meeting.

Mr. Biden has defended a more robust approach to Covid-19 that includes an anticipated rule under which all employers with 100 or more employees would have to require that their workers be vaccinated or undergo at least weekly Covid-19 testing. Under Mr. Biden’s new plan, the administration will also require vaccinations for workers in most healthcare settings that receive Medicare or Medicaid reimbursement, as well as federal employees in the executive branch and government contractors.

Mr. Boyle said Columbia Sportswear, which employs roughly 4,000 people in the U.S., had encouraged employees to be vaccinated but until now stopped short of tougher requirements in part out of concern that people might seek jobs elsewhere. Mr. Boyle said the Biden administration’s requirements, which the company plans to implement, will help create a standard.

“This is actually quite a good thing for leveling the playing field," he said. “Companies like ourselves that want to have employees encouraged to the highest degree to get vaccinated—this is going to give us the ability to do that and not put our business at risk."

Many companies including United Airlines Holdings Inc. and Tyson Foods Inc. are requiring all employees to be vaccinated. Walmart Inc., Disney and McDonald’s Corp. have said some employees including managers or white-collar workers need to be vaccinated. Walgreens has said workers in its U.S. support offices must be fully vaccinated by Sept. 30. The company also has contracts with some companies for on-site vaccinations and testing. Some companies told The Wall Street Journal that they are waiting to take further action until the Biden administration’s rule is released, which is expected in the coming weeks.

More hospital groups and colleges and universities are requiring vaccinations.

Mr. Biden’s plans have drawn opposition from many Republican governors, who have threatened to sue the administration. On Tuesday, Arizona Attorney General Mark Brnovich filed a lawsuit against the requirements for businesses with more than 100 employees, arguing they are unconstitutional.

A number of Republican-led states have already moved to ban or restrict vaccine mandates by employers and schools.

The reaction among labor unions has been mixed. The AFL-CIO has supported Mr. Biden’s move. Other groups including the American Federation of Government Employees said vaccination requirements should be negotiated with unions.

Some recent polls have shown that a majority of Americans support requiring vaccinations for those returning to the workplace and students attending in-person classes.

While the Biden administration was initially reluctant to pursue vaccine mandates, officials have said the highly transmissible Delta variant has threatened to undermine progress in containing the pandemic. Just over half of the U.S. population is fully vaccinated, and most hospitalizations and deaths in recent months have occurred among the unvaccinated.