Bewilderment by Richard Powers review – stars in their eyes 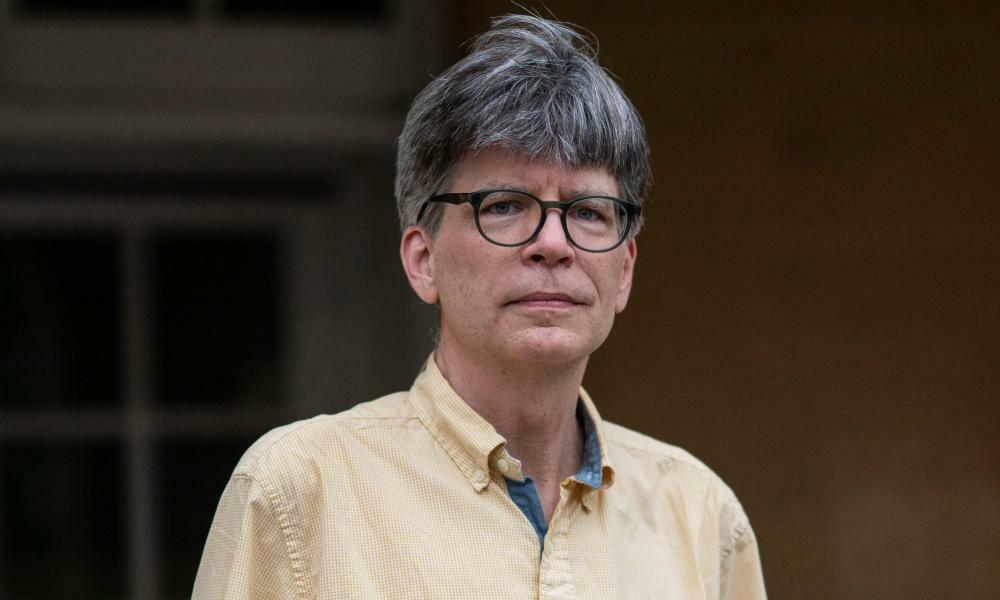 We might think of Richard Powers as one of contemporary fiction’s big-game hunters, were that not a woefully inappropriate tag for a novelist whose recent work is animated by a truly non-Hemingwayan philosophical orientation: deep ecology. The Overstory, a novel of the highest ambition and ideational scope for which Powers was awarded a Pulitzer prize, explored territory usually ceded to writers of science fiction: the frontier relationship between the human and the nonhuman (specifically, our planet’s trees, given dramatic life as intelligent and interconnected species).

Bewilderment, Powers’s more immediate new novel, is narrated in the first-person and is half the length of The Overstory’s wilderness stretch. Theo Byrne is a grieving widower and astrobiologist whose work involves building simulated worlds to help determine whether exoplanets beyond our solar system can support life. He does his floundering best to raise his son, Robin: “my sad, singular, newly turning nine-year-old, in trouble with this world”. Theo’s wife, Alyssa, died in a road accident when Robin was seven, and Bewilderment is among other things a triangular family romance.

As father and son process their tragedy, the human species accelerates towards ecocide and self-ruination. The novel’s title is perfect: himself a cosmic orphan awed by astral immensities, Theo feels out of his depth as a parent (“I could no more raise a child than I could speak Swahili”), while recognising that his possibly autistic, bipolar or attention-deficit son is a rare and luminous being. A pocket moral absolute, Robin is incapable of knowing that countless species face extinction without devoting himself to resisting this death-drift. The tenderness and delicacy with which the father-son relationship is depicted repeatedly brought to my mind Cormac McCarthy’s The Road, though it is a pre-apocalyptic planet on which Theo and Robin struggle to find fortitude and hope. (Interestingly, Powers, who is in his 60s, is not a father.)

Among the novel’s many virtues is the mood it radiates of sheer cosmic awe. Robin worries himself into fits of agitation by asking the question posed in the Fermi paradox: seeing as the universe is incomprehensibly vast, why have we found no sure signs of intelligent life in its abyss? When Olaf Stapledon’s classic sci-fi novel of aeonic scope Star Maker is mentioned (“the Bible of my youth”), it is not unexpected. Richard Powers is coming to seem a gift to those of us who admire Stapledon’s genre but regret its indifference to human complexities. Impressively precise in its scientific conjectures, Bewilderment is no less rich or wise in its emotionality. Moreover, science fiction is not just a looming generic presence, but part of the novel’s narrative mechanism. In periodic, myth-like passages, Theo takes his son on inner voyages to fantastical alien worlds based on the deep space atmospheric models he creates at work.

Bewilderment channels both the cosmic sublime and that of the vast American outdoors, resting confidently in a lineage with Thoreau and Whitman, Dillard and Kerouac. It’s also a ghostly and affecting love story. Given the choice between putting his difficult son on meds to appease his school authorities and submitting him to experimental neuroscientific research involving emotional states transferred between human subjects, a disquieted Theo watches Alyssa’s resurrected personality merge with Robin’s. Spectral echoes of Solaris haunt these uncanny passages.

We are into the terrain here of myth, metaphysics and religion. Sorrowing awe is Bewilderment’s primary tone, and its many remarkable scenes are controlled with high novelistic intelligence. Robin is as compelling a fictional creation as I’ve encountered in some time – fierce, lovable and otherworldly. In dreaming him up, Powers was clearly working out a bold fictive question: what must it be like to father a Greta Thunberg? The penny dropped for me when “the world’s most famous 14-year-old” makes a cameo: Inga Alder, identical to Thunberg in all but name. A mesmerised Robin falls in love with her over TV and YouTube: “She’s like me, Dad.”

• Bewilderment by Richard Powers is published by William Heinemann (£18.99). To support the Guardian and Observer order your copy at guardianbookshop.com. Delivery charges may apply