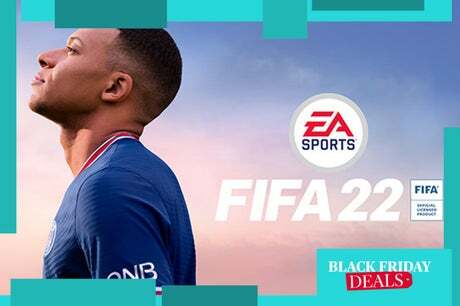 Each year, gaming fans eagerly await the launch of the next installment to the ever-popular FIFA game.

Launched on September 26, EA’s football simulation game boasts the most advanced gameplay to date. Features include the new HyperMotion technology to more closely replicate real human movement in impressive quality that has been created using detailed match tracking of the players and teams.

The goalkeeper system has been updated as well as true ball physics for greater realism of drag, resistance and speed in every shot. One-on-one situations are more dynamic with explosive sprints and there are new attacking tactics where you can create your own unique style. Improvements have also been made to Manager Career and Player Career modes and its easier than ever to connect with friends on Pro Clubs.

This Black Friday, even this new launch is available at a fraction of the original RRP.

The annual sales event that takes place on November 26 and culminates in Cyber Monday on November 29 marks the perfect opportunity to invest in FIFA22 for less. Gaming deals are always some of the sought-after of the event and this is no exception.

Plan ahead to Christmas and shop the game on Xbox, PS5 and PC below.

Best Black Friday toy deals for kids 2021: What to expect in the sales