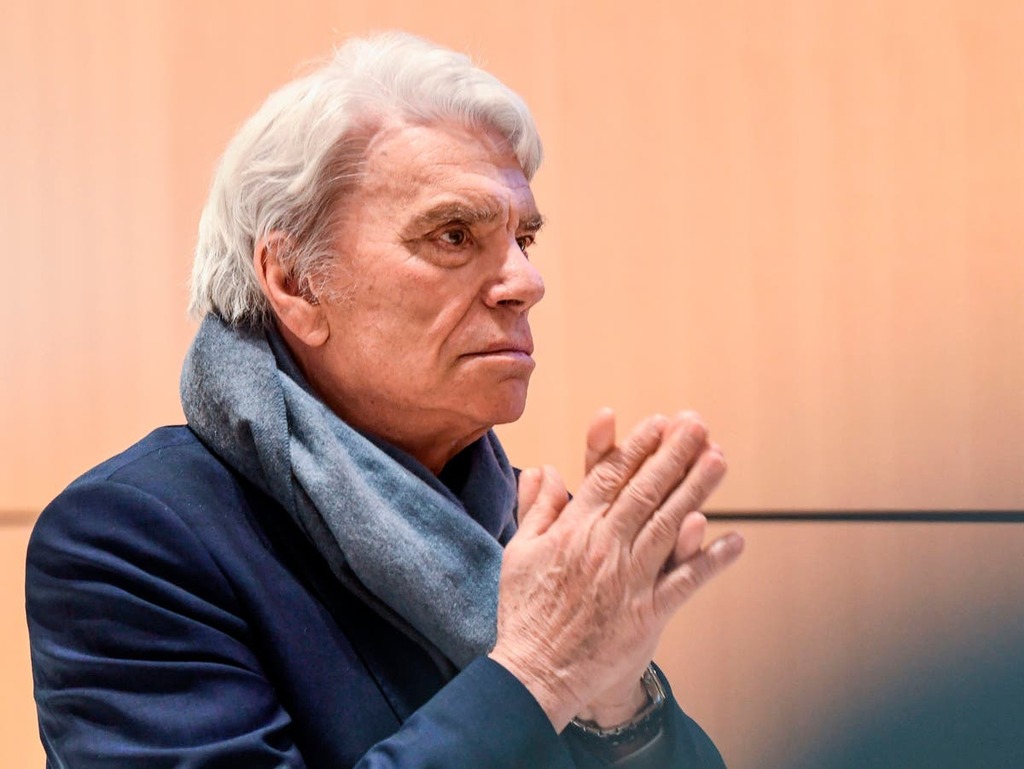 Bernard Tapie, a flamboyant French business tycoon who raced cars, starred on television, served in parliament and owned one of the country’s premier football clubs, becoming an object of national fascination even as he faced repeated scandals and went to prison for a bribery scheme, has died aged 78.

Raised in the Paris suburbs, where his father worked at a refrigerator factory, Tapie became a multimillionaire before he was 40, buying ailing companies, stripping them of their assets and selling them for a profit. His holdings once included the health store chain La Vie Claire, tennis racket manufacturer Donnay and sportswear giant Adidas. “If there is one thing I know how to do,” he once declared, “it is making dough.”

Tapie used the proceeds to buy what was at the time the world’s largest sailing yachts, a roughly 240ft luxury schooner called the Phocea; finance a cycling team that won two consecutive Tour de France titles; and acquire a lacklustre football club, Olympique de Marseille, that he grew into a national and European champion.

Tanned and jowly, with bushy eyebrows and dark wavy hair, he was sometimes described as the French Silvio Berlusconi, the Italian media mogul who ran the AC Milan football club and served four times as prime minister. He maintained a similar populist appeal, emerging as a blunt spokesperson for the Socialist Party after he called far-right leader Jean-Marie Le Pen “a big mouth who should be kicked in the butt” during a televised debate in 1989.

Tapie was elected to the French parliament that year as a deputy from Marseille, and was soon ranked in polls as one of the country’s most popular politicians, behind only the president, prime minister and head of the National Assembly. He briefly served as urban affairs minister in president Francois Mitterrand’s cabinet and was cited as a potential successor, with rumoured ambitions to move into the Elysee Palace.

But the “Zorro of business”, as French newspapers called him, saw his fortunes evaporate in the mid-1990s, when he was declared bankrupt by a French court, convicted of tax evasion and found guilty of offering bribes to three football players in a match-rigging scheme. Tapie spent six months in prison in 1997 for the bribery conviction and was banned from French football for life.

To some, his fall was just deserts for a flashy, outspoken millionaire and gleeful self-promoter. “The collapse of Bernard Tapie has become a sort of symbol, the symbol of a triple failure: that of a tabloid society ... that of an era of easy money and hysterical financing which was the 1980s, and that of the power of an ambition to ‘change life’,” journalist Philippe Labarde wrote in a column for Le Monde.

Yet Tapie remained a beloved figure among admirers who said he took on the Paris elite, and among Marseille fans who credited him with ushering in the club’s glory years. After he bought the team in 1986, he bankrolled the acquisition of stars including Fabien Barthez, Didier Deschamps and Jean-Pierre Papin, helping Marseille win five straight French league titles. The club won the 1993 Champions League final, becoming the first and only French team to win Europe’s most prestigious football tournament, but was forced to vacate its French title that year because of the match-fixing scandal.

Rather than fade away from public life, he appeared in a movie by director Claude Lelouch, Men, Women: A User's Manual (1996); starred as a rebellious psychiatric hospital patient in a Paris production of One Flew Over the Cuckoo’s Nest; hosted radio and television shows; and recorded a duet with hip-hop artist Doc Gyneco.

For more than two decades, he was also embroiled in lawsuits related to the sale of Adidas. He had used nearly $400m worth of loans to acquire a controlling interest in the company in 1990, calling it “the deal of my life”. But he sold the business less than three years later in a transaction involving the state-owned bank Credit Lyonnais, reportedly while in dire financial straits and trying to focus on his political career.

Alleging that the deal was mismanaged, he sued Credit Lyonnais, accusing the company of undervaluing Adidas and bilking him in the sale. French finance minister Christine Lagarde, who later led the International Monetary Fund, referred the case to arbitration and approved a settlement in 2008, with Tapie receiving €404m.

Critics said the case should have gone through the normal court system instead of arbitration, and alleged that Tapie received favourable treatment because he had backed Lagarde’s boss, Nicolas Sarkozy, in the 2007 presidential election. Tapie denied the allegations and continued to fight for compensation after a French court ruled in 2015 that he was not entitled to payment after all.

Authorities were still investigating the settlement in recent years. Lagarde was found guilty of negligence – she denied wrongdoing and was not fined or imprisoned – and Tapie was acquitted of defrauding the state in 2019. Prosecutors appealed that decision, leading to a new trial that began in May, with Tapie already seriously ill. A verdict had not yet been handed down when he died.

Tapie previously said he remained haunted by his decision to sell Adidas in the first place. “I’ve made many mistakes in my life, but that was the biggest one,” he told his biographer, according to the Financial Times. “Selling one of the best-known sports brands in the world for a short-lived stint as minister.”

The older of two sons, he was born in Paris on 26 January 1943, and grew up in the northeastern suburb of Le Bourget. His father was pressed into working for the occupying German forces, and his mother was a nurse’s aide and homemaker.

Tapie studied engineering and, after completing his military service, won a singing competition at 21, prompting him to pursue a career as a pop star under the name Bernard Tapy. In 1966, RCA released his version of The Ballad of the Green Berets, describing him in the liner notes as “a sporty, good-looking enfant du peuple with a smile that has all the cheeky charm of a kid from the back streets of Paris”.

But he sold relatively few albums and also found little success in racing, driving a Formula 3 until he was hospitalised in an accident, according to Le Monde. Switching his focus to business, he sold TVs in Paris and worked as a consultant, making his first major acquisition in the mid-1970s, when he used a single franc to buy the debt of a printing company that had been occupied by its workers.

Tapie developed a repayment schedule with the bank and arranged for part-ownership with the workers, rejuvenating the company’s finances before buying 40 companies between 1977 and 1989, according to The Independent. For much of that decade, he also appeared on TV, including as the host of Ambitions, in which he helped people launch their own businesses.

He had two children from his first marriage, to Michele Layec, which ended in divorce. He also had two children from his second marriage, to Dominique Mialet-Damianos. He and his wife were attacked in April during a burglary at their home in Combs-la-Ville near Paris, where authorities said that four men beat them, tied them up with electrical cords and stole watches and jewellery.

Complete information on survivors was not immediately available.

Tapie liked to say that “strange things happen in football” – a maxim that received further proof after the match-fixing scandal was exposed in 1993. After one of his alibis collapsed at the trial, he declared that he had “lied in good faith”, prompting the judge to say, “You could have that phrase studied in a philosophy textbook.”

The court case left him with a reputation as a fabulist, although Tapie insisted that he told the truth, or something like it. “I don’t lie,” he told the French daily Libération. “When I speak, I believe it to be true. One week later, it may no longer be.”