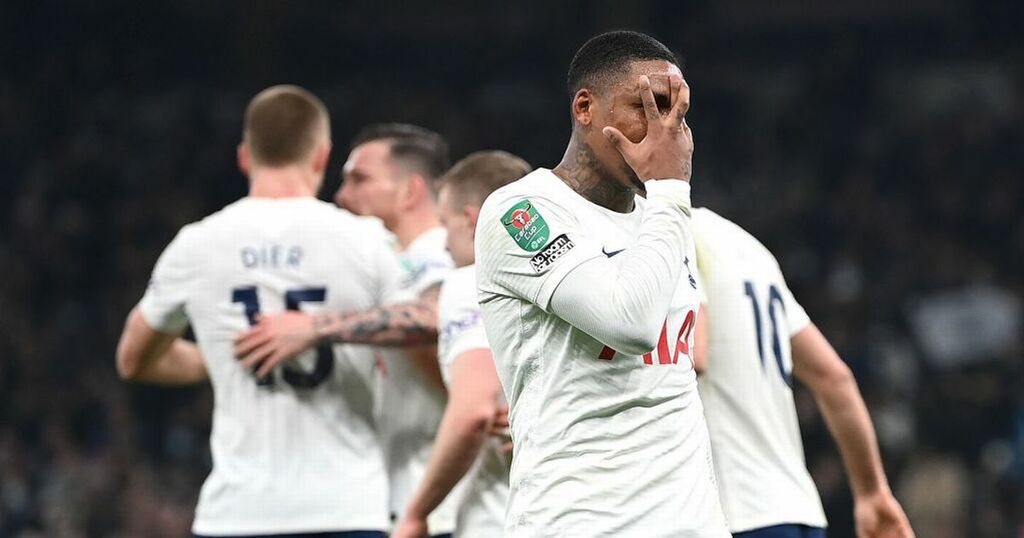 Antonio Conte has a huge task on his hands as he looks to guide Tottenham to the Carabao Cup final.

Trailing 2-0 from the first leg of their semi-final clash against Chelsea, the Lilywhites have it all to do when they face their London rivals on home soil with a place at Wembley up for grabs.

Perhaps lucky to still be in the tie given the amount of chances Thomas Tuchel's men wasted in the first leg last week, Spurs need a fast start if they are to overturn the two-goal deficit.

So who exactly will Conte pick in his Tottenham team to face the Champions League holders? Our Tottenham Hotspur reporters have named the side they would like to see the head coach select on Wednesday evening.

Tottenham face an uphill battle against Chelsea on Wednesday evening but the Blues' failure to kill off the game means Spurs are still very much in it.

Son Heung-min will be a huge miss through injury and Antonio Conte has a big decision on his hands as to who replaces the attacker in the team.

If fit, Steven Bergwijn is the ideal man to come in as he impressed in the previous round with a goal and assist against West Ham.

If the Dutchman isn't deemed fit enough because of his recent calf injury then that may see Giovani Lo Celso operate in a front three with Harry Kane and Lucas Moura.

Spurs will also be hoping that Eric Dier and Sergio Reguilon are able to return to the team after the head coach revealed after the Morecambe game that the former was injured and latter tired.

Joe Rodon and Ryan Sessegnon will be waiting in the wings if the duo don't make it.

A massive game for Conte and his Tottenham side on Wednesday as they try and turn the 2-0 defeat from the first leg around to get to the Italian's first final as Spurs boss.

After the woeful performance from many of the players on Sunday there are likely to be a number of changes when Chelsea travel to N17, including Dier and Sanchez returning to the backline - replacing Rodon and Tanganga.

Winks and Skipp in the middle is not something that is regularly seen in a starting XI but with Hojbjerg's slight drop in form recently, it could be something for Conte to try.

Dele could also find himself in that middle three, which worked for large parts of the game against Liverpool. With no Son, he could be the man to replace the South Korean.

With not many other solid options up front, a 3-5-2 would likely see Moura and Kane up top in a formation that Conte doesn't always opt for.

Some choices depend on fitness as both Dier and Reguilon were left out of the matchday squad against Morecambe, but Conte will be hoping all of his players are fit for the London derby on Wednesday.