This was my dilemma as I drove the Bentley Flying Spur Hybrid around this week.

The just-released plug-in hybrid is the most luxurious vehicle with a plug you can buy. It's equipped with an 18 kWh (14.1 kWh usable) battery that can, theoretically, take you more than 20 miles without turning on the engine.

The Flying Spur is Bentley's flagship sedan, competing with the less-expensive and excellent Mercedes-Benz S-Class and the more-expensive and excellent Rolls-Royce Ghost (which I reviewed last year). It sits in the middle, in a kind of luxury no-mans land. Starting around $210,000 and rising to near $280,000 in the fully-decked out trim of my tester.

The exterior is glorious, particularly in this stunning sky blue that Bentley calls Jetstream. Combine that with the Blackline Specification that blacks out all the chrome bits on the grille and trim around the car's exterior, and you have a dark-but-light unicorn of a vehicle. I took it to Cars and Coffee, a weekly informal car show, and folks went wild for it.

With 22-inch wheels and an illuminated Flying B hood ornament that rises out of the nose of the car, the Flying Spur has a tremendous amount of presence. It's clear there's something special here and much less clear that it's a hybrid.

Aside from a handful of diminutive hybrid badges, plus a second fuel filler cap hiding an electric car charging port, you wouldn't know the difference from a standard Flying Spur — which is, I think, the idea.

Sure, it's a plug-in hybrid, but it's not advertising that fact at all. Yes, Bentley says, it has a plug. But no one cares except for your accountant (hilariously, it's eligible for a $7,500 tax credit) and your electrician (who gets to install a car charger in your garage, if you don't already have one).

It can run around 25 miles on a charge, though this has not been officially EPA-estimated yet, and it has some cleverness to ensure that this electricity is used in the best possible way. If you enter a destination into the in-car nav, it calculates where the most efficient use of your electric power will be.

For example, if you have a bunch of highway driving followed by some time in an urban area, it will hold back that electrical charge until you get to the city where it's of the most use. There are also a few different drive modes, including an EV Only option that burns up the battery as much as possible and a Hold mode that theoretically tries to keep the charge at the current level.

The 134 hp electric motor combines with a 2.9L twin-turbo V6 to make a combined whopping 536 hp and 553 lb-ft of torque. This three-ton beast is not slow if you put your foot down. But there are some drawbacks. The V6 fires up quickly and provides ample power, but it isn’t always the smoothest transition when the engine comes to life.

One of the most important things about driving a big luxury car is how it handles when driven by a chauffeur. If you're sitting in the back, you don't want to be jostled or disturbed. That's why it comes with soft-closing doors, so the doorman at the Ritz-Carlton can gently push the door shut instead of slamming it in your face.

When the Flying Spur Hybrid engine comes to life, it can give the slightest jolt of oomph, which is excellent if you want to merge onto the highway, but could be disruptive if you're trying to apply mascara in the makeup mirror hidden in the ceiling above the rear seats.

More annoying still is the situation under braking. Coming to a smooth, effortless stop is critical to the chauffeur experience. Ideally, passengers shouldn't even be aware that the vehicle has transitioned from motion to stillness. But because of the unique propulsion setup in the Flying Spur Hybrid, this is nigh-impossible.

Unlike most electric cars and even most plug-in hybrids, both the internal combustion engine and the electric motor run through an eight-speed transmission. Under acceleration, this isn't a problem, as it allows the electric motor to power the big Bentley up to 84 mph solely on electrons.

But under braking, that electric motor is used to regenerate battery charge — that is, to turn the speed back into electricity. All electric cars do this, but because the transmission is downshifting simultaneously, the regeneration drops momentarily when it does so. That means you temporarily lose your braking while the car is shifting, which causes a subtle but noticeable jostling. Brake hard, and it's not an issue because the enormous front brakes bring the vehicle to a stop in no time, but if you want to gradually slow to a red light, you can see the regen meter on the dash moving as the car downshifts.

To have the amount of braking change even as my foot stays completely still on the brake pedal is very annoying, though it's worth noting that there's no safety issue present. It's strictly about comfort. I wouldn't mind in a Kia because this is physics and a byproduct of how the powertrain is built. But in a $250,000-plus ultraluxury sedan, it shows that the engineers at Bentley (or Porsche, who developed this powertrain originally for the Panamera) couldn't quite figure out how to make the braking experience smooth.

This didn't ruin the Flying Spur experience for me, but it made me wonder if I'd get this or the classic V8 — a more traditional powertrain with a far better exhaust note than the rumbly V6.

I'm excited for the all-electric Bentley that is sure to come in the next few years. The car's build quality is impeccable, with stunning leather and open-pore wood on the inside, plus an entirely silent experience when the Flying Spur Hybrid is in all-electric mode.

But the quirkiness of the current powertrain is enough to send me to the V8 or the even-more-powerful W12 variants of the Flying Spur. The future is almost here, but the old way of doing things is not done with us yet.

One Cool Detail: The Color

The sky blue paint is seemingly impossible to capture in a photograph, but this is as close as I could get. Bentley calls it Jetstream II, and it’s literally the same color as the sky above it.

It drew constant attention and comments, and you wouldn’t expect a light blue color scheme to look this good. But, when combined with the Blackline Specification, it turns into one of the most beautiful vehicles I’ve ever seen.

I still miss looking at it in my driveway.

Stay on top of the automotive revolution and sign up for Jordan Golson’s free car reviews newsletter. This review is also published in the North State Journal. 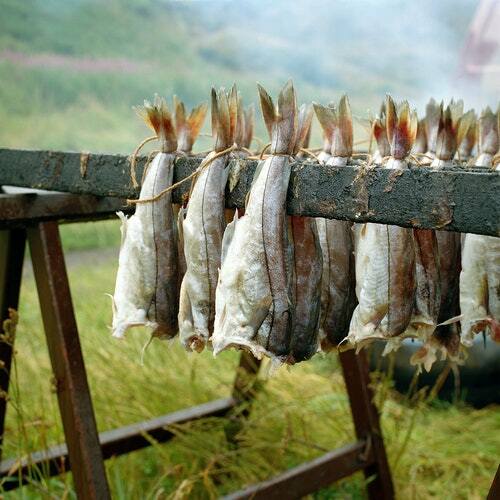 Is smoked food healthy? A nutritionist explains the potential risks
In this edition of Inverse Daily, read about smoked food's health risks, more evidence suggesting being in nature is health-giving,…

Inverse
One subscription that gives you access to news from hundreds of sites
2023 BMW XM Prototype First Drive Review: The M Of The Future Is A Future Classic

644 horsepower and 650 pound-feet of torque will have to do for early XM adopters.