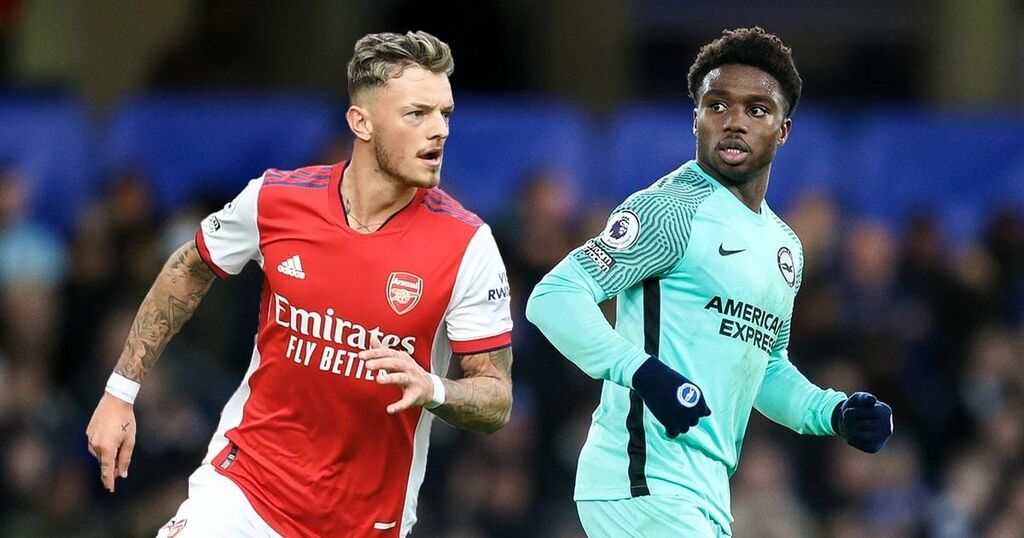 Ben White has sung the praises of Arsenal teammate Takehiro Tomiyasu and potentially ended the Gunners pursuit of a former Brighton & Hove Albion teammate in the process.

The Gunners have enjoyed the kind of defensive resilience many hadn't associated with them for years after the additions of both White and Tomiyasu.

The two players in question have drastically different playing styles, with White boasting immense dribbling quality and a keen eye for a pass for a centre-back while Tomiyasu is an incredibly reliable, no-thrills right-back.

This is something White alluded to in a recent interview with DAZN Japan while discussing his teammate's qualities and hailing the impact Tomiyasu has had on Arsenal's recent form.

Have Your Say! Is Tomiyasu Arsenal's signing of the summer? Comment here.

Explained: Why Arsenal removed red from their shirts and played in all white vs Nottingham Forest

"Tomi is amazing. He’s the best right-back I’ve ever played with. He’s always focused. It’s an honour to play next to him," White explained.

"Tomi does the simple things at a world-class level. He is very alert and he isn’t careless in games.

"From the beginning he’s completely understood English and speaks as well as I do."

White crowning Tomiyasu as the best right-back he has ever played with could serve as a warning to the Arsenal hierarchy who are reportedly tracking the progress of Brighton defender Tariq Lamptey.

The fact that the England international has played with both Tomiyasu and Lamptey should warn those making the transfer decisions in north London to stick with what they have rather than spend big on the Brighton youngster.

Some fans have suggested the relationship between the pair is not as strong as it could be after clips begun to circulate of White opting against passing to Tomiyasu despite the Japan international appearing to be in space.

This is also something White has addressed in the same interview by giving a detailed tactical explanation as to why he may opt against passing to his right-back at times.

"I read the article about me not passing to Tomi," he added.

"If you aren’t familiar with football you might not understand but opponents target passes to the right-back when they press.

"If I play the ball to Tomi he will be targeted and he might be in a situation where he has no options.

"It’s not that I don’t want to pass to Tomi but it is the best way to build up our play so that it leads to the final third."

Both White and Tomiyasu have been crucial in Arsenal's defensive effort to register nine league clean sheets this season while also altering the way Mikel Arteta's men build attacks.