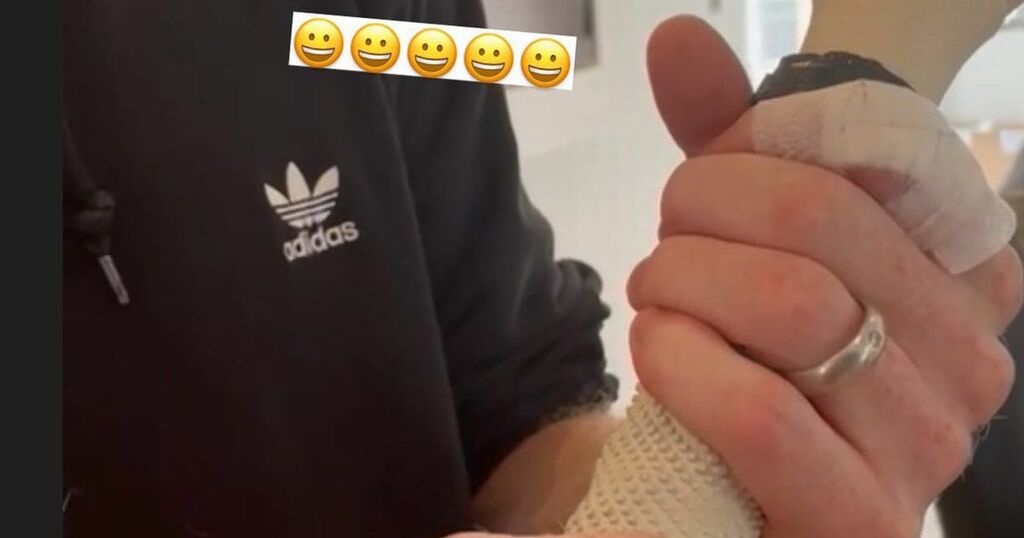 England 's star all-rounder Ben Stokes has offered an update on his recovery from a finger injury, having recently undergone a second surgery.

Stokes suffered the injury back in April during the IPL and attempted to make a comeback during the summer, even captaining England's ODI side against Pakistan after a Covid outbreak forced a new squad to be selected overnight.

However, Stokes revealed in his column for Mirror Sport that he was in 'ridiculous pain' throughout the series.

"The truth is I would never have played under normal circumstances due to how much pain I was in with my left index finger," he revealed.

"The surgery was a success after I had broken it at the IPL, but it was still so painful. Sometimes though you just have to grin and bear it, and captaining England is one of those reasons.

"The finger has healed structurally, but the pain was just ridiculous for where it should be."

Stokes was set to feature in the India Test series, but decided to take an indefinite break from the game to prioritise his mental health and to focus on recovering from his finger injury.

The news that Stokes' second surgery was a success is a giant relief for the all-rounder, who posted a positive update on social media.

He was not selected in England's Ashes squad on Sunday, but coach Chris Silverwood has left the door open for him to return, saying: "When Ben is ready, he'll give me a call and then we'll cross that bridge when we come to it, make plans where necessary.

"Ben is moving forward, and the communications I have had with him, he is definitely more upbeat.

"I'll be led by him and my concern first and foremost is his well-being. And when he does come back we'll make sure he's in the right place and he is ready to perform."