More than 100 people have died and around 4,000 have been injured after a huge explosion rocked Beirut, the capital of Lebanon.

The blast appeared to have been triggered by a fire that set off a cargo of ammonium nitrate, which is used in bombs and fertilisers, that had been stored at the port for years, though it was unclear what sparked the initial blaze.

The Lebanese president has said more than 2,700 tonnes of the highly explosive material was being stored in the city’s port without safety measures.

Initial investigations indicate years of inaction and negligence over the storage of ammonium nitrate, an official source familiar with the findings has said.

Tuesday’s explosion was the most powerful ever suffered by Beirut, a city still scarred by civil war three decades ago and reeling from a deep financial crisis rooted in decades of corruption and economic mismanagement.

Here is what is understood to be the timeline of events leading up to the deadly blast:

A ship sailing under a Moldovan flag docked in Beirut after suffering technical problems, according to Shiparrested.com, an industry network dealing with legal cases.

The Rhosus was heading from Georgia to Mozambique carrying 2,750 tonnes of ammonium nitrate, according to the network.

It said that, upon inspection, the vessel was forbidden from sailing and was abandoned by its owners shortly afterwards, leading to various creditors coming forward with legal claims.

“Owing to the risks associated with retaining the ammonium nitrate on board the vessel, the port authorities discharged the cargo onto the port’s warehouses,” it added.

Ammonium nitrate was taken into storage at the port, according to comments made by the interior minister after the explosion to a Lebanese TV station.

The director of Lebanese customs at the time asked what should be done with the cargo, which had been deposited in a warehouse at Beirut’s port, documents shared online have shown, according to Al Jazeera.

Documents seen by Reuters suggest customs asked for help over the cargo this year - as well as the year before.

Lebanese customs asked the judiciary to ask the “concerned maritime agency” to re-export or approve the sale of the ammonium nitrate removed from the Rhosus, according to a document seen by Reuters.

Another document revealed customs asked the same thing from the judiciary this year.

After the blast happened, Badri Daher, the current director general of Lebanese customs, revealed customs had sent a total of six documents to the judiciary in the past, warning the material posed a danger.

“We requested that it be re-exported but that did not happen. We leave it to the experts and those concerned to determine why,” he told broadcaster LBCI.

A team inspected the ammonium nitrate being held in the warehouse, and warned it would “blow up all of Beirut” if it was not moved, according to a source close to a port employee.

It triggered fires, overturned cars and blew out windows and doors across the city.

Rescue workers searched for survivors under the rubble.

The known death toll rose to 100, according to Lebanon’s Red Cross. 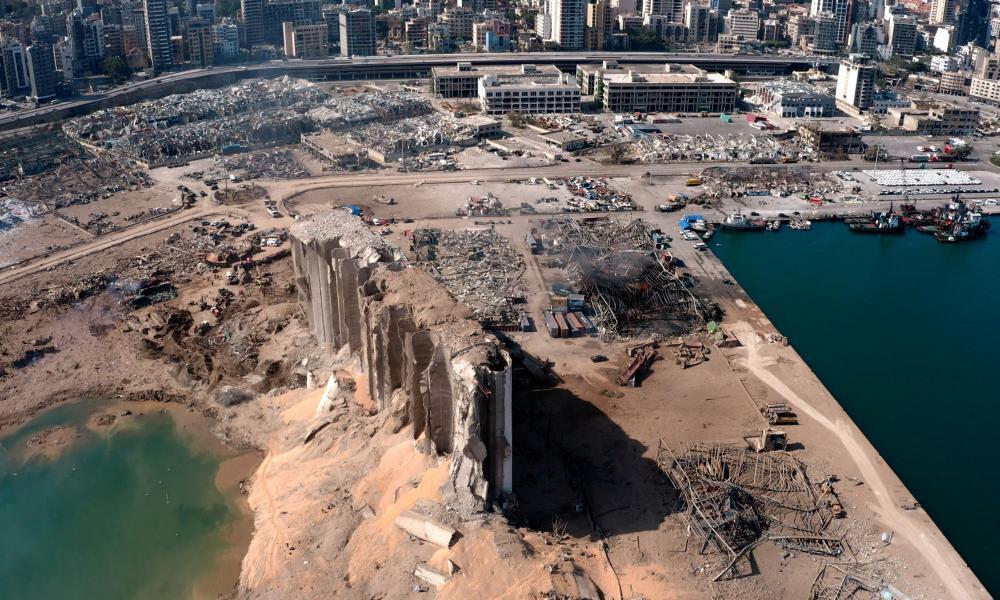 Beirut blast timeline: what we know and what we don't
What happened in the months and years leading up to the explosion at the Lebanese capital’s port?

The Guardian - UK
One subscription that gives you access to news from hundreds of sites
Beirut explosions: Lebanese authorities failed to deal with explosive stockpile – despite knowing risks

A before-and-after animation shows how many of the warehouses along the port area have been leveled.