Before The Snap: Latest Heisman odds with Alabama QB Bryce Young as the favorite going into Week 3

By Michelle R. Martinelli and carolinedarney 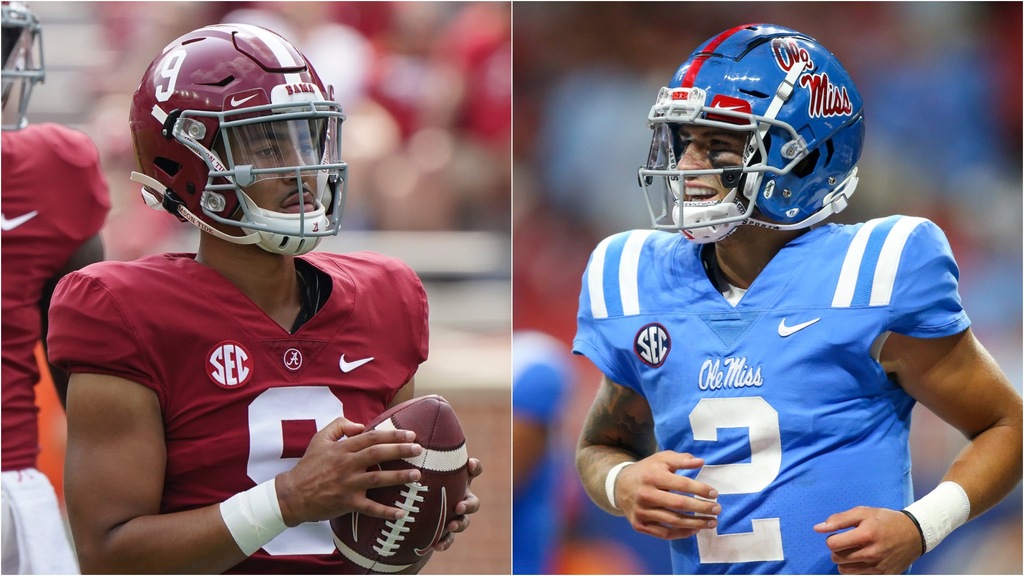 Welcome to Before The Snap, For The Win’s college football series where we’ll break down the sport’s trending storylines, examine each week’s biggest matchups and track the College Football Playoff and Heisman Trophy races.

This week, Before The Snap was joined by Caroline Darney, the managing editor for our newly launched site, BetFTW, For The Win’s home for sports betting and fantasy coverage. So this week, we’re all about the odds.

Specifically, let’s look at the 2021 Heisman Trophy race. Now, it’s early in the season, but that’s never stopped the college football world from speculating and debating about anything really.

Going into Week 1 of the season, Oklahoma quarterback Spencer Rattler was the Heisman favorite — followed by Clemson quarterback D.J. Uiagalelei and Alabama quarterback Bryce Young — but as FiveThirtyEight previously noted, just once in the last 12 years has the player favored in the first week ended up winning it.

Stream live college football games every week this season from conferences across the country on ESPN+.

After the first two weeks of college football, Rattler has dropped to the third-best odds to win the Heisman (+900), as of Wednesday according to Tipico Sportsbook.

And ahead of him are now-favorite Young (+185) and Ole Miss passer Matt Corral (+450), and the top-3 players are followed by Liberty quarterback Malik Willis (+1300), Cincinnati quarterback Desmond Ridder (+1500) and Uiagalelei, Georgia quarterback J.T. Daniels and Ohio State quarterback C.J. Stroud — all at +2000.

Here’s a brief look at how the top-3 favorites have played so far this season.

Gannett may earn revenue from Tipico for audience referrals to betting services. Tipico has no influence over nor are any such revenues in any way dependent on or linked to the newsrooms or news coverage. See Tipico.comfor Terms and Conditions. 21+ only. Gambling problem? Call 1-800-GAMBLER (NJ), 1-800-522-4700(CO).