BBC Three's Glow Up: Maya Jama to return to UK screens this week after spending time in America

Bristolian icon Maya Jama is set to return to our screens in the UK after spending some time across the pond with fiancé Ben Simmons. The former Cotham School pupil, who presented the BRITs earlier this year, will return to present the next series of Glow Up, which is due to air on Wednesday, May 11.

Fronted by Maya, Glow Up follows ten make-up artists as they are put through their paces in various professional assignments, ranging from TV to theatre, and fashion to front covers. This will be the fourth series of the show, and the second series that Maya has hosted after she took over the role last year.

Returning alongside industry professionals Dominic Skinner and Val Garland, who will be judging the contestants' creations, Maya will also be joined by guest judges throughout the series. The ten contestants that will be attempting to wow the judges with their impressive make-up looks are Adam, Charlie, Kris, Mikaél, Ryan, Sophie, Rachel, Nancé, Lisa and Yong-Chin.

The make-up artists will be set some challenging assignments, including working on studio shoots and campaigns for massive brands such as Gymshark and H&M. Excitingly, contestants will also be working their brushes on Doctor Who-inspired aliens and circus performers from Cirque du Soleil.

With the two make-up artists who fail to impress the judges being put through an elimination Face-Off round, one artist will be sent home each week. The last make-up artist standing wins a contract assisting some of the biggest names in make-up, and will be crowned Britain's Next Make Up Star.

In Wednesday night's episode, the class of 2022 will be given their first professional assignment, which will see them putting their efforts into a social media campaign for Gymshark. The company's styling manager, guest judge Ivy Weir-Ikpeme, will challenge the MUAs to put together a gym-friendly, natural make-up look for their diverse customer base.

The first creative brief will see the make-up artists being asked to produce a look on themselves based on their hidden strength, before the two weakest contestants face elimination. If you can't wait until Wednesday night, the first three series of Glow Up are currently available to stream on BBC iPlayer.

Filming for Glow Up took place earlier this year, with Maya posting pictures on social media with judges Val and Dominic to announce that the series had wrapped on March 6. The Bristolian presenter has been dividing her time between the UK and USA after getting engaged to NBA star Ben Simmons over Christmas.

After spending the festive season with Ben, Maya returned to the UK with an enviably huge diamond ring on her finger, but did not divulge any detail despite being grilled about it by Mo Gilligan at the BRITs. On Valentine's Day, the star confirmed her engagement on Instagram, by posting a picture of the necklace her fiancé had bought her.

The picture showed a black velvet box containing a shining gold chain, complete with an infinity sign pendant with the date '12.18.21' on it. Maya posted the picture with a diamond ring emoji, seemingly sharing with fans that she and Ben got engaged Stateside on December 18 last year.

It was at a New Year's party that Maya let slip that she may be upping sticks and moving across the pond to live with her beau. In a video posted to her Instagram story at the time, an American woman could be heard asking the star if she would be 'moving there', to which Maya responded, 'Umm, maybe!'.

Ben was first romantically linked to Maya in late 2019, a few months after her split from Stormzy, when he commented two fire emojis under a picture of her Halloween outfit. Shortly after that, Maya was spotted attending one of Ben's Philadelphia 76ers' games. However, the pair were not spotted together until summer last year, when they were spotted leaving Sexy Fish, a swanky Asian restaurant in London.

Glow Up: Britain's Next Make Up Star will air on Wednesday, May 11 at 8pm.

Let us know if you will be watching by logging in and dropping a comment down below. 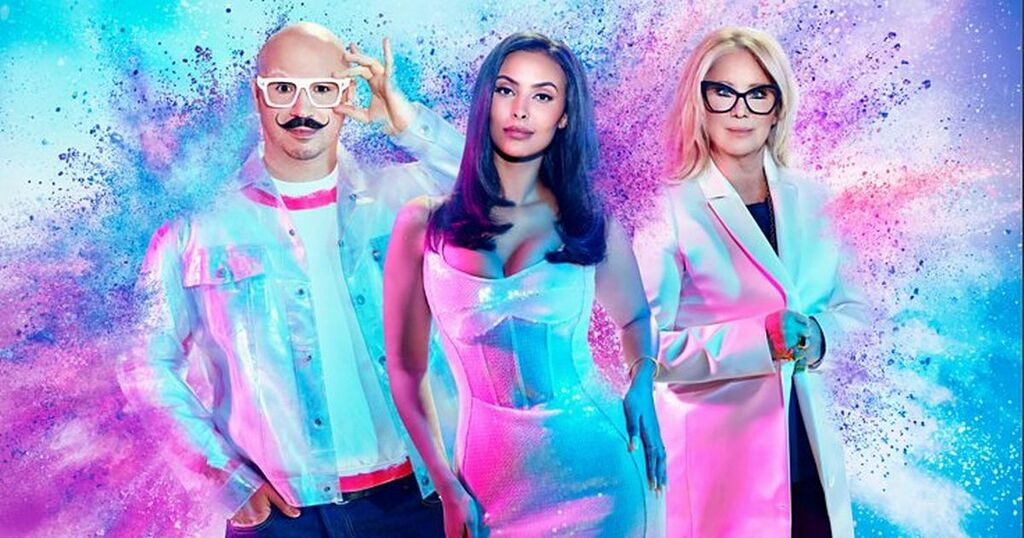 Glow Up season 4 launch, guest judges and contestants
Glow Up is returning to BBC Three for season 4 - who will be the last MUA standing?

Wales Online
One subscription that gives you access to news from hundreds of sites
BBC Three Glow Up: Glasgow contestant in tears after applause from 'blown away' judges

In the first episode of BBC Three's Glow Up: Britain's Next Make-up Star, ten aspiring make-up artists put the talents…

Glasgow Live
BBC Three Glow Up: Glasgow contestant to battle it out to become UK's Next Make-up Star

The 25-year-old self-taught make-up artist will be competing on BBC Three's Glow Up: Britain's Next Make-up Star, and she is…