BBC Scotland's Home of the Year will be taking a trip to the city of Glasgow and the Clyde Valley in a couple of weeks, in order to find yet another finalist to add to the tally already chosen.

So far, Lorne Cottage in Fort William, The Ostro Passive House in Kippen, The Pastel House in Orkney, Firestation House in Hawick, New Tolsta in Lewis and Victorian Terrace in Edinburgh have made the finals for Scotland's Home of the Year.

Glasgow Live spoke to the three homeowners who are hoping to make it through to the final of the prestigious BBC programme.

Up first is owners of the Glencairn Apartment which sits within a Baronial building in Motherwell, North Lanarkshire.

Home to Mark and Shelley for just over two years, Glencairn was originally built in the 15 th century before becoming the seat of the Hamiltons.

Over the years, it has also been a World War 1 hospital and a boarding school for boys.

Mixing gothic artefacts with modern design, the Glencairn Apartment also boasts a hidden room which the couple have transformed into a quirky little bar.

When talking about appearing on the programme, owners Mark and Shelley said: "We felt extremely lucky to have been selected as one of the top three homes in our region, so we were super excited about the whole process.

"The experience was amazing, everyone behind the scenes was super informative and helpful. They put us at ease very quickly on the day of filming so that we could relax and enjoy the whole experience."

And one of the things about BBC Scotland's Home of the Year that sticks out to the duo is the uniqueness of properties across the nation.

Shelley said: "The takeaway for us is that there are no two homes the same and that's what makes the show so interesting. Scotland has many, many wonderful homes to be proud of."

The Glencairn Apartment is all about unique design, as Mark added: "We started off aiming for a contemporary look but with the flat being part of a Castle it allowed us to introduce some weird and wonderful twists and accessories.

"I think the longer we live here the more of the weird and wonderful creeps in so who knows what it may look like in 10 years’ time!"

And next on the list is a Southside Renovation in Glasgow, home to Sam and Alan, their daughter Lois and new addition to the family, baby Rory.

Since purchasing the property from a Housing Association, Sam and Alan have been busy breathing new life into their home converting it back into a four-bedroom family home after years of housing multiple bedsits.

Alan did a lot of the work himself which, at times, was a mammoth task but it is now their pride and joy boasting, amongst other things, a cinema room. The home mixes together warm furnishings and a soft palette with bold and bright colour schemes in key rooms.

Sam noted that the BBC producers initially approached the family for the show, as she said: "When they approached us through Instagram, we couldn’t say no. We wanted to have footage of the house to show our kids and when they are older of the house, they grew up in."

Alan noted that the main reason they decided to go on the programme was not for the accolade of the win, but to showcase where the family was born to their kids years later in their adulthood.

Sam said: "It's been great to document all the hard work and to see a snapshot of how we got to where we are now, something that we can keep and share with our kids and their kids, we hope the reno bug rubs off on them!

"It has inspired us to do more we are about to start a garden build so, more to come!"

And last but not least is the Pentland View, home to Navraj and Rachel, their son VJ, Aljay the dog and cats George and Ina.

The house had been derelict for years and the couple performed a major restoration on the cottage including a contemporary extension.

Mixing antiques and contemporary designs throughout, Pentland View is also a zero carbon home with insulation, underfloor heating, solar panels with sustainability at its heart.

The extremely interesting thing about this home is the fact that it is carbon-free, and has been designed by someone who was part of the design of Edinburgh University's Climate Change Institute.

Rachel said: "We chose Calum Duncan Architects to design it, as my husband had previously worked with him in building Edinburgh University’s Climate Change Institute, so we knew he had experience of preserving architectural heritage as well as very low-carbon building.

"He was able to translate our idea of an extension in glass and metal with a pleated roof, to maximise the views of Coulter Fell, while respecting the scale and form of the original building.

"Inside, I had dreamed of a very minimal, calm, Japandi interior, but when we moved all our stuff in, it has ended up quite similar in style to our old flat, but that really reflects who we are, and it wouldn’t have been very environmentally friendly to get rid of all our old furniture.

"We worked hard to ensure the house has no carbon inputs, it is heavily insulated, and we have solar panels, batteries and a heat pump powered by renewable electricity. Our car runs almost entirely from solar power in the summer.

"Being in a rural location there is no gas supply, and we absolutely didn’t want to heat our home using oil.

"It is infuriating though that it’s a very expensive way to build, people aren’t encouraged to go beyond the energy efficiency standards in the building regulations and there is a huge training and skills gap in the building workforce when it comes to retrofitting old buildings."

Rachel continued: "This needs to be supported and encouraged across Scotland if we are to meet our climate change targets but it’s difficult, expensive and quite frustrating.

"We ended up project managing and doing a proportion of the work ourselves, with help from my unstoppable father-in-law, learning new skills as we went.

"The result though is a home that’s light, warm, has no drafts, is economical to heat and a real pleasure to live in. We also designed the house to be as accessible as possible by way of future proofing, with a ground floor bedroom, wide and step-free doorways and accessible bathrooms."

Rachel encourages everyone who has been pondering applying for the show to do so, as it is a "very fun" experience for all.

She added: "Our home is not grand or particularly luxurious, but it reflects our values and how we live as a family.

"Having enjoyed previous episodes of the show, I love how all the different homes reflect that about the homeowners and how we live now across Scotland.

"Overall, it was a fun experience and I’d encourage people to enter next year."

You can tune into episode seven of Scotland's Home of the Year on Monday, May 16 on BBC One and BBC Scotland at 8:30pm. 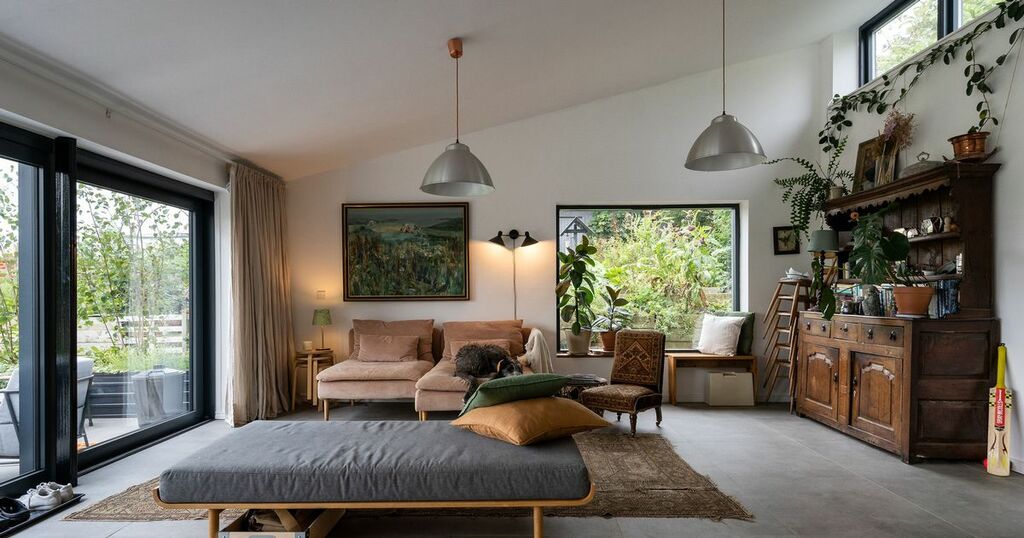 BBC Scotland's Home of the Year: Inside the Glasgow properties battling it out for title
The popular property programme on BBC One and BBC Scotland will be travelling to Glasgow and The Clyde Valley in…