Heathrow Airport has been criticised for forcing disabled passengers to wait "long after" other passengers have left the aircraft for help to disembark.

Frank Gardner, the BBC's Security Correspondent, who is a wheelchair user, said disabled people seemed to be the airport's "lowest priority" after he was left on an empty plane yesterday and told there were "no staff" to remove his wheelchair.

This is not the first time the West London hub has come under fire for its treatment of disabled passengers, as the aviation regulator judged its service for wheelchair users to be poor in 2017.

In a survey of almost 1,200 passengers who have used Heathrow's assistance service, the Civil Aviation Authority found that 62 per cent rated it as poor or very poor.

Mr Gardner posted his complaint on social media, with the criticism going viral in a matter of hours as others chimed in to condemn the airport for its treatment of wheelchair users.

It’s happened again. Stuck on an empty plane at Heathrow airport long after everyone else is off - ‘no staff to get my wheelchair off the plane’. I am SO disappointed with @HeathrowAirport as disabled passengers are once again apparently the lowest priority. pic.twitter.com/yzgHOynZDn

The journalist later said: "Now off plane and in the terminal while I’m guessing all other passengers are on their way home.

"Thanks all of you for your kind words. This is an incredibly minor whinge compared to the horrors people have endured in Ukraine. But it’s the principle of disabled people so often getting crap treatment that's so objectionable."

Mr Gardner has previously spoken out after being stuck on a plane at Heathrow twice in six months in 2018, with one incident because staff locked themselves in a lift which was supposed to help him to the ground.

He said at the time: "It's not deliberate. But unless people like me make a fuss about it, it's not going to be addressed."

In March 2018, the journalist was left on a plane at Heathrow for nearly two hours after staff said they had lost his wheelchair.

A Heathrow spokesperson said: "We are very sorry for the delay Mr Gardner experienced yesterday. The airline’s ground handling crew were delayed in offloading the aircraft and we apologise for the inconvenience this caused.

"All organisations across the airport are getting ready to meet the strong summer demand and are working hard to ensure everyone travelling through the airport can enjoy a smooth passenger experience." 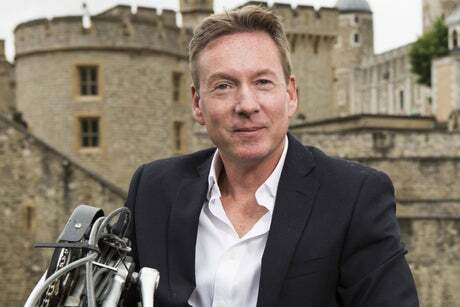