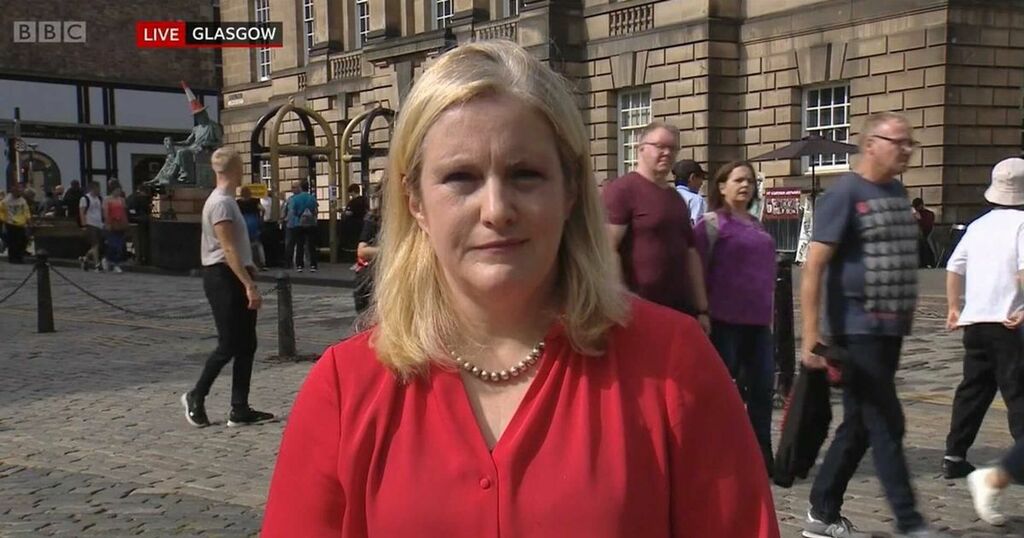 Broadcasting giant BBC made a hilarious blunder during their lunchtime news programming today, as they incorrectly located an iconic Edinburgh landmark.

During the BBC News at One Programming, presenter Reeta Chakrabarti panned to the live feed of Alexandra Mackenzie who was standing on the Royal Mile in Edinburgh to give a live report.

But instead of the capital, Reeta incorrectly said that Alexandra was reporting live from Glasgow, and the feed showed a 'Live - Glasgow' banner at the top of the recording.

Posting the mistake on Twitter, one user captioned it "Since when has the Royal Mile been in Glasgow?"

The user also noted that on the BBC Scotland feed reported it in the correct way, and said, "That’s @BBCNews for you, can’t even tell it’s cities apart."

Another user hilariously zoomed in on the David Hume statue in the background with a cone aloft on its head, and said, "This tomfoolery has caused more problems than first expected."

This was in relation to the infamous Duke of Wellington statue, which has been adorned with a bright orange traffic cone on its head for years.

Edinburgh has been seen to have copied this joke, after an identical cone was placed on David Hume's statue by an unknown prankster.

The original poster didn't let up on the BBC however, and said, "There’s literally a Royal Mile black sign below the red Glasgow one. Jesus wept."

This isn't the first instance of BBC News stuttering in their Scotland reports as of late, as they incorrectly captioned Cabinet Secretary for Health and Social Care Humza Yousaf as Scottish Labour Party leader Anas Sarwar earlier this week.