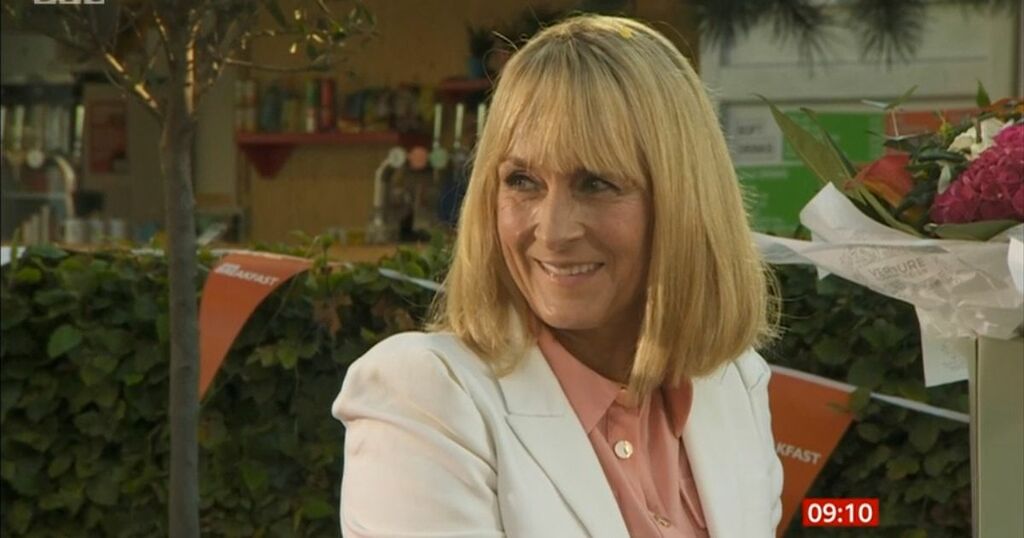 Louise Minchin said she stayed 'much longer' at BBC Breakfast because of Dan Walker.

The presenter, 53, marked her last day on the news programme on Wednesday morning after twenty years at the helm.

Louise first appeared on the broadcaster’s flagship morning show in 2001 and joked she was leaving to escape the gruelling early starts.

Early in the show viewers were shown a video of the host walking through the newsroom and being applauded by her colleagues, before co-presenter Dan shared tributes from those watching at home.

READ MORE: BBC Breakfast presenter Louise Minchin on why she is leaving show after 20 years

Louise said she was "embarrassed and humbled and tearful" by the messages before she was given a proper send-off at the end of the show.

Dan kicked off Louise's farewell by taking her outside blindfolded for her to be surprised by a crowd who had gathered around her and a brass band.

She was played a video montage showing highlights from her 20 years on screen before chatting to some friends.

But things got more emotional as Dan delivered a tribute to his departing co-star.

"Do you mind if I say something to you," Dan asked with Louise joking: "How long have we got?"

He then went on: "I get to see you every single morning and I know how good you are at your job.

"I haven't been looking forward to this day as I've told you. From the minute I started with you on this amazing programme we got on and as I said earlier, it's hard to find someone who makes everything so comfortable.

"You are that person."

Dan went on to say they haven't had an argument in five and a half years working together before adding: "There's been a lot to deal with on this programme, both on and off the the camera but I am very proud and feel very privileged to have done and dealt with that together.

"We've turned to each other when we've needed each other and I don't think that will ever change."

He continued to say that Louise is a "really good friend" and said it's been "wonderful".

"There are two types of family, those you are born with and those you find along the way. It's been an enormous privilege to share this sofa with you."

Louise then shared her own thanks, starting with Dan.

"Because of you I've stayed much longer than I was meant to," she said. "I mean, really longer."

After thanking the show and viewers, Dan encouraged Louise to give her last goodbye to the camera.

"I didn't want to say goodbye," she said appearing slightly teary-eyed. "Thank you and for the last and final time, goodbye, have a great day and I'll see you somewhere on the other side."

A round of applause then erupted and as the band played, the camera picked up Dan holding his emotional friends' hand.