Battle for Europe's most remote pub: The Old Forge, Scotland 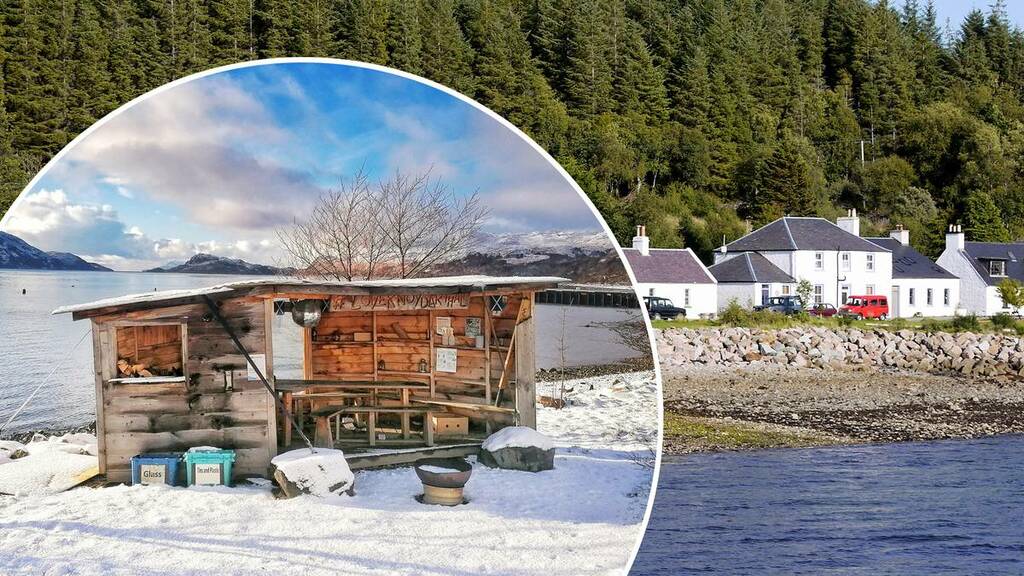 A bizarre row between publicans, a shed and a $500,000 crowdfunding campaign have upset a long-standing record.

The Old Forge has long been celebrated as Europe's most remote pub. Located on Knoydart, three days' hike from Glenfinnan, it has earned a place in the Guinness Book Of Records and the Lonely Planet as the UK's most remote public house.

However it now has challenge from disgruntled locals and a ramshackle rival, built across the road.

It all began in 2012, after the famous pub came under new ownership.

Belgian national, John-Pierre Robinet reportedly bought the Old Forge after visiting Inverie on holiday. The local watering hole for a population of roughly 90 residents, the pub had always attracted hikers and tourists - however Robinet's was quick to capitalise on the unique location to attract more international visitors.

Tourists came from all over the world to do the three-day hike through the Lochaber hills, or the 7 mile boat ride for a drink at the "end of the world."

The quirky appeal landed The Old Forge places on World Pub Rankings from publications as far afield as Australia.

However, locals felt they were being overlooked.

In some cases they reported being refused service for being too scruffy.

"I had come back and was a little bit dirty. He refused to serve me until I went home and washed," disgruntled deer stalker, Uilleam O'Neill told the Press & Journal.

There was further bad blood in 2014 after Scottish police raided the pub over "illegally stored firearms", according to the Daily Record.

It was in 2017, an unofficial lean-to bar popped up across the road. Called The Table, the "pub" was exactly that - a plank of wood supported by two logs.

Being scruffy was not a problem here.

"There's an off-licence and you can drink as much as you like," said Inverie local, Ian Wilson.

The Table quickly gained a loyal crowd of regulars, a facebook page, and a roof.

Hikers and journalists made the trek to watch the two pub drama in the one-horse town.

The Financial Times described it as the "Battle for the pub at the end of the world".

On Fridays there would be a visible divide between crowds of pubgoers, on opposite sides of the road.

However it was recently that the soap-opera entered a final chapter and Knoydart was left without an official pub. In January, the Old Forge went up for sale.

Robinet returned to Belgium reportedly for family reasons, putting the pub up for £425,000 ($835,000). The difficulties of hospitality business the Covid Pandemic meant that the town couldn't support the pub, let alone two half-pubs.

"We're very proud to have lots of very reliable and loyal locals in the pub," Robinet told the Financial Times. "We're doing good business but it's a decision in terms of family: a personal decision."

Inverie was quick to mobilise, to save the UK's most remote boozer.

An ambitious crowd-funding campaign was set up to bring the building under community ownership, through a local co-operative.

The Old Forge Community Benefit Society was founded with an "an exciting opportunity to pave a new way forward for our world-renowned pub."

What looked like final orders for Britain's most remote boozer was turned around.

Last week, the final tally put the campaign at a quarter million pounds.

The cooperative said they were "delighted and a little amazed" at the £256035 total and would be vital for the community ownership bid.

"As the peninsula's top tourist attraction, the pub is very influential to the reputation of Knoydart as a whole," said comitte member Izidor Kresnik. "It therefore makes sense that it be run in a way that democratically includes the voices of many local residents."

The very public spat and a crowdfunding campaign turned the highland pub into the UK's most remote local.

Although the Old Forge remains closed while the bid is finalised, there's always the place across the road.

Whangamōmona Hotel, New Zealand
As Mainland New Zealand's most remore pub, the Whangamōmona Hotel is so isolated it declared itself to be an independent republic. With the promise of a pint and a stamp in your passport ,you can find it on the end of the 'Forgotten World' Highway 45.

Outside of the mainland, the Chatham Islands Hotel is the first pub in the world to see 5 O'clock.

Antarctica
Scott Base's Tatty Flag Bar is famous among New Zealand's Antarcticans. However it's not really open to the public. On the other hand, and the other side of the continent, the Albatross Bar can be reached within seven days sailing from Cape Town. On the island of Tristan da Cunha Island also known as the Edinburgh of the Seven Seas, it is the world's most remote bar.

Namche Bazaar, Nepal
Known as the last pub before everest, the Irish Bar in Namche Bazaar is the highest in the world. All visitors, drinks and even the pool table have had to be hiked in on the mountaineering route from the Tenzing-Hillary airport in Lukla.