Barr reveals he has faced threats, homophobia and stalking 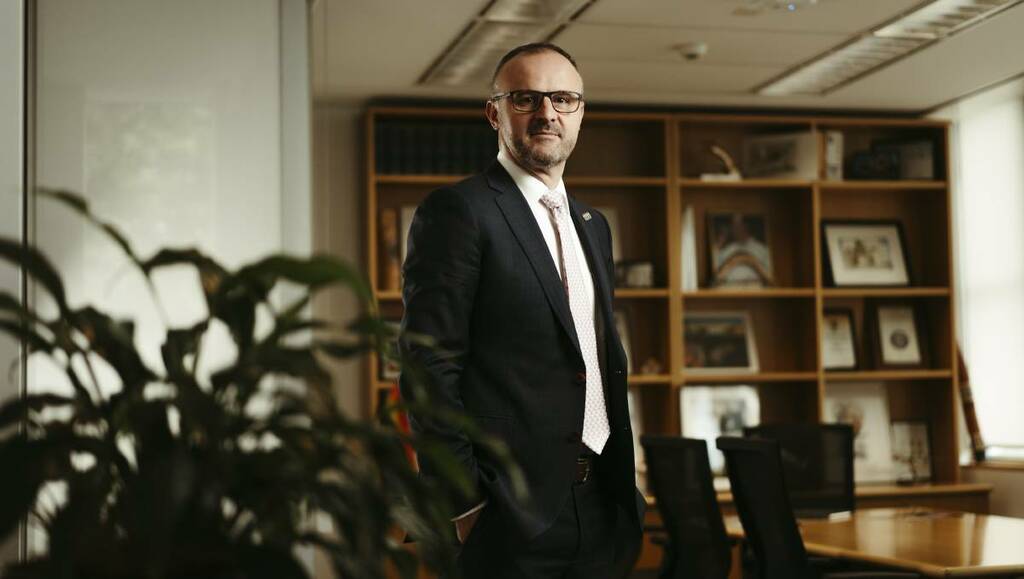 Andrew Barr has revealed he needed to seek police intervention over a stalking incident as fears grow over the safety of Australian politicians.

As a growing number of politicians have aired concerns over their safety, the ACT's Chief Minister said he had been subjected to sexual harassment and stalking in the past decade.

Mr Barr said he often faced abuse and threats. He said most threats were made via social media, but he had also experienced face-to-face confrontations.

"I regularly face abuse and harassment and occasionally this escalates to threats," he said.

"This mostly occurs on social media platforms but also in direct emails and phone calls, and once or twice has spilled over into mainstream media.

"Occasionally, it has extended to repeated face-to-face confrontation."

The Chief Minister said much of the abuse was homophobic.

"A stubbornly consistent element of the abuse and harassment is homophobic in nature," Mr Barr said.

"I haven't talked about this experience often. Regrettably, I just factor it in as one of the consequences of holding elected office and, over the years, have had to learn new ways to strengthen my resilience against it."

The revelation comes as the nation's political rhetoric has been in the spotlight this week, after open calls to murder Victorian Premier Daniel Andrews at protests in Melbourne this week.

Prime Minister Scott Morrison came under fire for saying he understood the frustrations of the protesters, however, Mr Morrison did say violent threats had "no place" in public debate.

Mr Andrews suggested the Prime Minister was attempting to pander to extremists.

Mr Barr on Friday said the comments from Mr Morrison left him open to that accusation.

"No level of 'frustration' justifies violent threats against MPs and public officials," he said.

"Politicians from all political parties have experienced violent threats to themselves or their families.

"It is an ugly stain on public life in this country and has to be called out."

It came as Victorian crossbench MP Andy Meddick said his daughter was attacked on the streets of Melbourne on Thursday night.

Mr Meddick said he believed the assault was linked to his support for a controversial pandemic law being debated in parliament.

Other first ministers have also spoken out against threats to themselves and their families.

Northern Territory Chief Minister Michael Gunner was forced to move his family after their home address was posted online, while WA Premier Mark McGowan revealed a man had arrived at his office in a car loaded with a machine gun.

Mr McGowan has shut his electorate office indefinitely following the incident. He said he and his staff had also received death threats over criticisms of his handling of the COVID-19 pandemic.