Barnaby Joyce is fighting to keep his hold on the Nationals’ leadership as a new poll shows three in five Australian voters – or two in five Coalition voters – see him as an electoral weakness.

Joyce’s future as leader of the junior Coalition party will be decided at a party room meeting at 10am on Monday, with rival candidates David Littleproud and Darren Chester making the case for a refresh in the wake of the Coalition’s electoral rout.

The former leader Michael McCormack, who has been highly critical of Joyce’s leadership, is not expected to run for the position.

A poll of 1,404 adults nationwide, conducted immediately after the election, suggests negative sentiment about Joyce could have been a significant drag on the Coalition’s overall electoral performance.

They were asked to think about the federal election and say which of 20 listed factors they thought were strengths for the Liberal-National Coalition and which were weaknesses.

“Deputy Prime Minister Barnaby Joyce” was rated as a weakness by 60% of all respondents and a strength by just 14%, according to the survey conducted by the Australia Institute, a progressive thinktank.

The rest of the respondents said he was neither a strength nor a weakness.

That indicated Joyce’s standing was slightly worse result than “Prime Minister Scott Morrison”, who was seen as a weakness for the Coalition by 58% of respondents and a strength by 21%.

Ben Oquist, the executive director of the Australia Institute, said: “While Scott Morrison’s drag on the Coalition vote has been well canvassed, this research finds Barnaby Joyce was a bigger negative for the previous government – even amongst Coalition voters.”

The finding lends weight to the claims a defeated Liberal MP made to Guardian Australia that voters in blue-ribbon metro seats had “deserted” the government in part because independents had successfully linked Liberals to Joyce.

Joyce hit back at those claims, saying the Nationals “are not the Liberals’ excuse and they must look at their own ship and own it”. He argued that the Liberals should not “wallow in their loss” and voters in the city were “not so stupid” to think they were voting against Joyce and the Nationals in seats they weren’t on the ballot.

The Australia Institute said its poll, launched after the close of voting booths at 6pm on 21 May, was conducted until 25 May through Dynata’s panel, with nationally representative samples by gender, age group and state or territory.

Factors with the highest results for Coalition weaknesses were “the state of aged care” (67%), “the treatment of women in politics” (66%), and “the government failing to legislate a national integrity commission” (61%).

Oquist said a government that lost an election, by definition, had “a variety of negatives” associated with it. “But this exit poll suggests that the treatment of women was a significant factor in the defeat of the Morrison government,” he said.

The poll suggests there was no statistically significant difference between men and women’s views about the government’s treatment of women in politics, with about two-thirds of each group seeing that factor as a weakness.

The then government’s “handling of bushfires, floods and other natural disasters” (60%) and “cost of living pressures” (59%) were also seen as overall Coalition weaknesses.

The Coalition government’s economic management record was the option that garnered the highest positive result as an electoral strength, rated so by 31% of respondents overall, and by 61% of Liberal and Nationals voters.

Morrison campaigned heavily on the theme of not risking the economy under Labor in uncertain times. The poll has a 3% margin of error, at the 95% confidence level, for the national results.

Joyce has defended the Nationals’ electoral performance, arguing the party “held every seat [16] when the Liberals lost 19” and had come “within striking distance” in two more, Lingiari and Hunter.

But his suggestion last week that the party might rethink its support for net zero by 2050 has caused consternation among some of his colleagues.

Chester, the former veterans’ affairs minister and Joyce rival, has argued that “lurching further to the political right is a recipe for irrelevance”.

He has put himself forward for leader, saying it is “time for a change” and he would offer voters a “more respectful” public debate.

Joyce’s deputy leader, Littleproud, announced late on Saturday he would also run for the leadership, saying he felt it was “the appropriate time to put myself forward”.

“Ultimately, this is a decision on who will lead The Nationals to the 2025 election,” Littleproud said, in a clear attempt to pitch himself as the party’s future.

On Thursday the Mallee MP, Anne Webster, said she would run for the deputy leadership, acknowledging Joyce’s “polarising” style and urging the Nationals to back “stable and reasonable” leadership.

Peter Dutton is expected to be elected unopposed as the next leader of the Liberal party, with Sussan Ley tipped to be his deputy.

On Sunday the new prime minister, Anthony Albanese, warned his colleagues against underestimating Dutton as opposition leader, but said he hoped to “get some agreement from him … on measures that we have a mandate for”.

As the Labor government weighs up its cabinet lineup, Albanese also vowed to form a constructive relationship with parliament’s expanded crossbench and “bring people with us on the journey of change”. 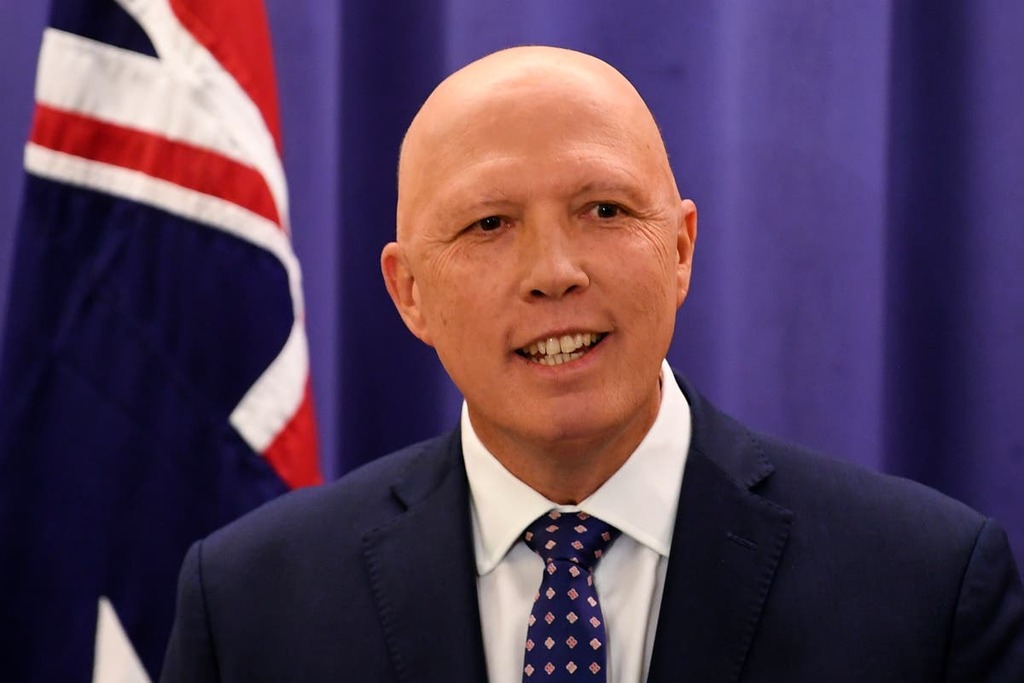 The Independent UK
From analysis to the latest developments in health, read the most diverse news in one place.
Vote counting continues in crucial seats

Large numbers of absentee and declaration votes will be counted in critical electorates, with Labor close to being able to…

A one-time police officer, Queenslander Peter Dutton, is the new leader of the federal parliamentary wing of the Liberal Party.