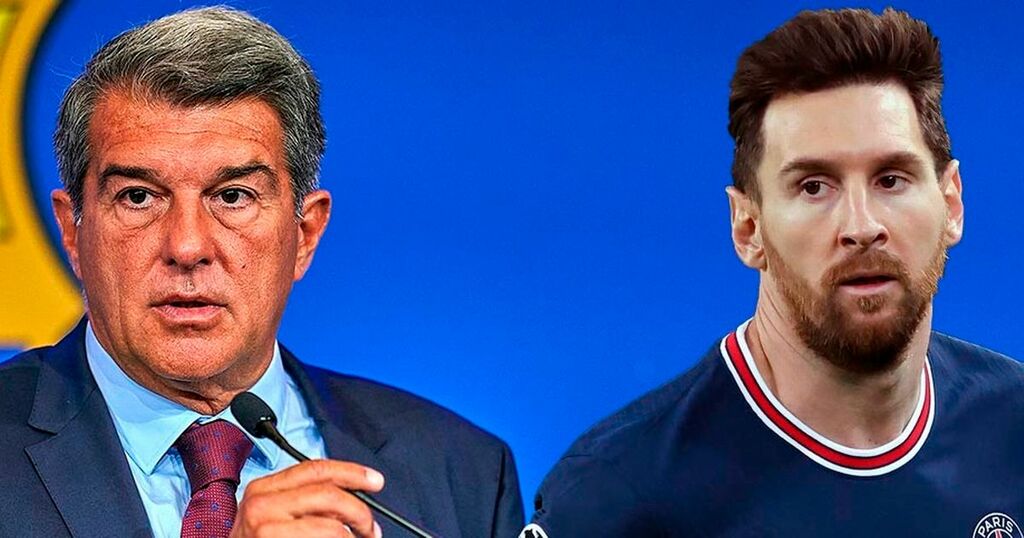 Barcelona president Joan Laporta has appeared to contradict Lionel Messi's version of events in the star player’s summer exit from the Camp Nou.

The Argentine stunned football in August when it was announced that he would be leaving the Catalan giants, where he had spent the entirety of his professional career.

The 34-year-old subsequently joined Paris Saint-Germain on a two-year contract, where he has formed an attacking trio with former Barca teammate Neymar and Kylian Mbappe.

Laporta admitted that he had hoped Messi “would play for free” at the Blaugrana but claimed that he had the proposal from Paris Saint-Germain during the process.

The Barca supremo admitted that he was “disappointed” at the outcome of the event that saw Messi leave the club in August.

Laporta’s stance appears to be at odds with Messi’s explanation of how he left Barcelona – claiming he had agreed a 50 percent pay cut with the club before being told he could not stay.

Laporta said on Friday, in quotes covered by Marca: "Am I angry with him? No, I love him too much to be angry.

"But there comes a time when, when you see that it was not possible to stay, there is disappointment on both sides.

"There was a desire to stay, but pressure with the offer he had (from PSG).

"We knew that if he did not stay, he would go to PSG.

"Messi will go down in the history of Barça as the best player ever for the club and I would like to preserve this idea.

"Everything indicates that he had the offer from PSG before he left Barça.

"We knew, during the negotiation, that he had a very powerful offer from elsewhere.

"When it came time to make the decision, I thought I was doing what was the best thing for Barça.

"I hoped there would be a change of direction and he would stay to play for free, but we cannot think that a player of that status would do that."

Can Messi lead PSG to Champions League glory? Let us know in the comments below

Messi’s former Barca teammate and close friend Luis Suarez holidayed with the Argentine this summer and claimed that everything was in place for Messi to sign a new contract at the club.

Suarez recently said: “He told me 'I will finish my career at Barcelona, which is what I always wanted, the club that has given me everything and the children are happy'.

“From one hour to the next everything changed.”

"He was very good and he won everything. Of course, he had good players around him, but he made a difference. Thanks to him they all seemed better.

"This is not a criticism, but an observation."

Messi scored his first goal for PSG in last week’s Champions League victory against Manchester City – a stunning solo effort that clinched the victory for Mauricio Pochettino’s side.